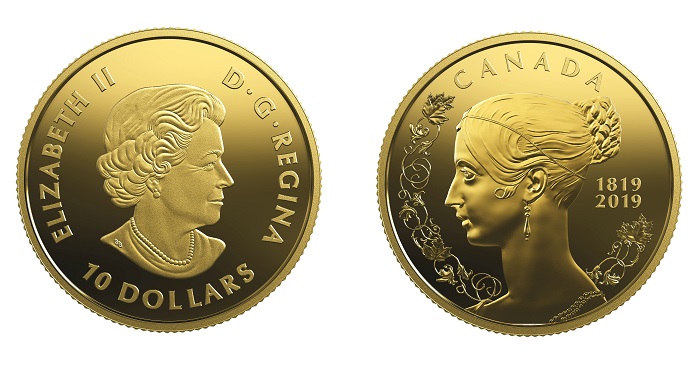 The Royal Canadian Mint has released new gold coins to mark the bicentenary anniversary of the birth of Queen Victoria, during whose reign the Confederation of the Canadian provinces took place to form the Dominion of Canada in 1867.

However, Queen Victoria’s ties to Canada span further back to her father, Edward Augustus, Duke of Kent (1767–1820), who was the first member of the royal family to live in North America for longer than a brief visit, from 1791 to 1800. He was also credited in 1792 with the use of the term “Canada” to mean both French and English settlers in Upper and Lower Canada. The prince used the term to suppress potential rioting between the two groups at a polling station in Charlesbourg, Lower Canada. Queen Victoria’s father has recently been styled the “Father of the Canadian Crown” for his impact on the development of Canada, so it is fitting that the 200th anniversary of her birth be remembered on a new Canadian coin. As talks progressed in Charlottetown in 1864 on furthering the Confederation of the Canadian provinces into one geopolitical entity, it was the Queen herself who suggested the town of Ottawa as the soon-to-be country’s capital, 10 years before actual Confederation. The choice was made because it was centrally located between the cities of Montreal and Toronto, and was along the border of Ontario and Quebec.

All four of Queen Victoria’s sons spent time in Canada, including the Prince of Wales,  the future Edward VII, who undertook a highly successful tour of British North America and the United States in 1860. Prince Alfred spent five weeks in the Maritime Provinces in 1861, and Prince Arthur spent a year with the Rifle Brigade based in Montréal from 1869 to 1870. As Duke of Connaught, Arthur would return to Canada as governor general from 1911 to 1916. Victoria’s daughter Princess Louise became vice-reign consort from 1878 to 1883, when her husband, the Marquess of Lorne, became the fourth governor general since Confederation. Prince Leopold visited his sister Louise in Ottawa who visited Niagara Falls together.

Queen Victoria was able to meet with her soon-to-be Prime Minister John A. Macdonald and four Canadian delegates in February 1867 before the British North America Act, declaring the Canadian Confederation was passed before the British Parliament. Macdonald invited the Queen to open Canada’s first session of Parliament personally in Ottawa on the 1st July, but she was unable to attend. In 1887, on the occasion of her Golden Jubilee, the prime ministers of the 10 self-governing overseas dominions, in addition to Canada, gathered in London for the Golden Jubilee to hold what was, in effect, a precursor to the first Commonwealth Conference, or modern day Commonwealth Heads of Government meetings. The Queen’s Diamond Jubilee also saw participation from Canada, when, during the celebrations in May 1897, Prime Minister Sir Wilfrid Laurier, who had received his knighthood from the Queen that day, followed in a carriage. Victoria died in January 1901, having been the longest-serving British or English monarch as well as the first monarch of the Dominions of Canada for the last 34 years of her entire reign of 63 years. Her son the Prince of Wales succeeded her as King Edward VII. 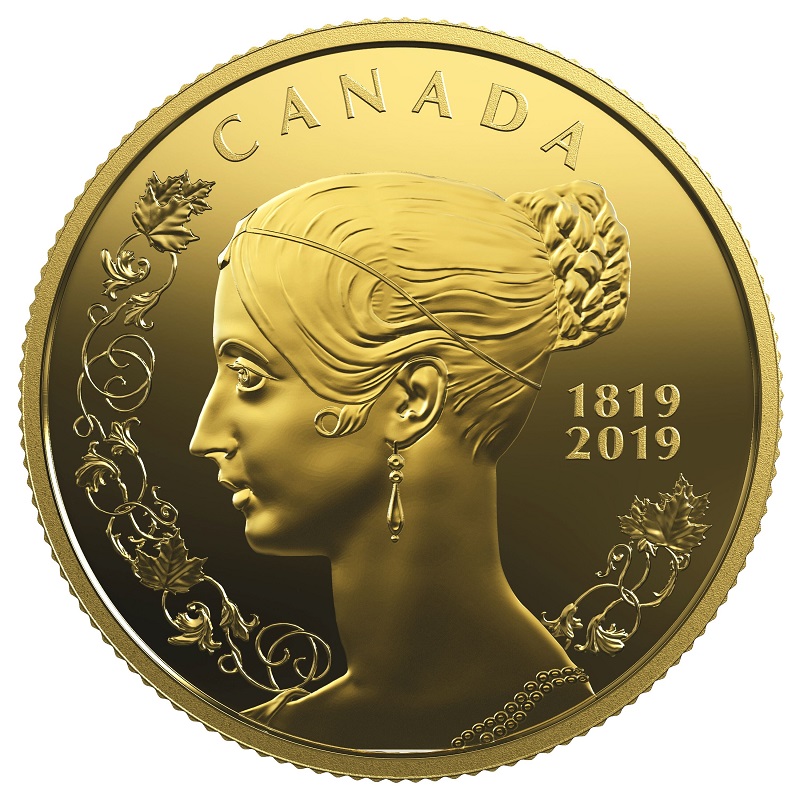 The reverse side of the coin features a reproduction of a profile portrait of Her Majesty Queen Victoria (1855), from the Library and Archives of Canada. The original artwork was drawn by R. J. Lane, A.R.A. (1837) and is framed by a floral pattern, along with some added maple leaves. The reverse also re-creates some of the floral patterns which are placed just to the left of the portrait and includes the engraved word CANADA and the double dates 1819 – 2019 to mark the bicentennial of her birth, 24th May 1819. 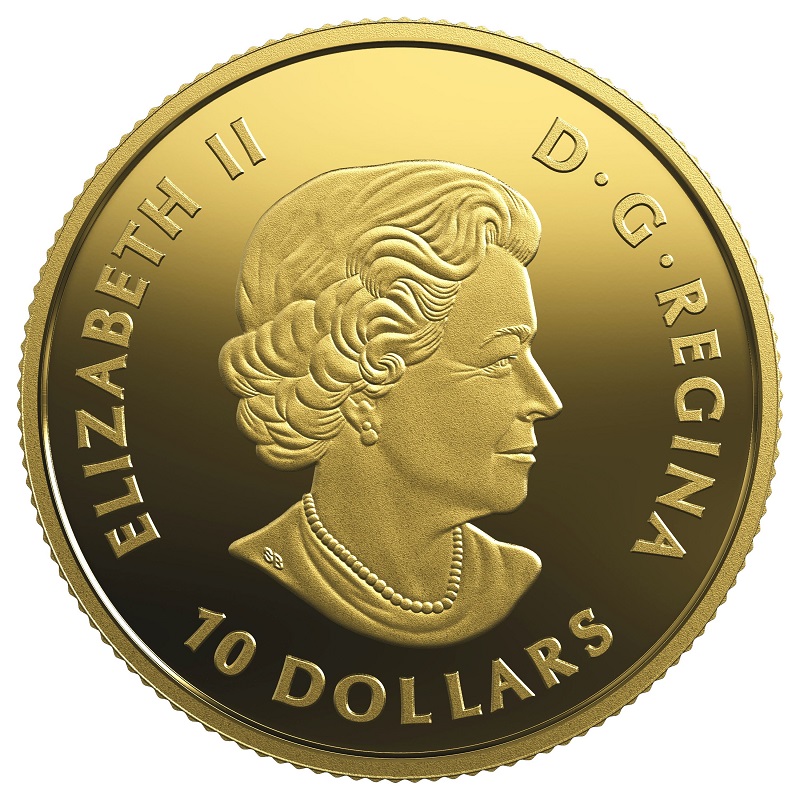 The obverse side features the current effigy of Her Majesty Queen Elizabeth II created by Susanna Blunt.

The Proof gold coin is specially encapsulated and encased in a custom Royal Canadian Mint-branded maroon case and is accompanied by a numbered certificate of authenticity. For additional information about this coin and others available from the Royal Canadian Mint, please visit their website.