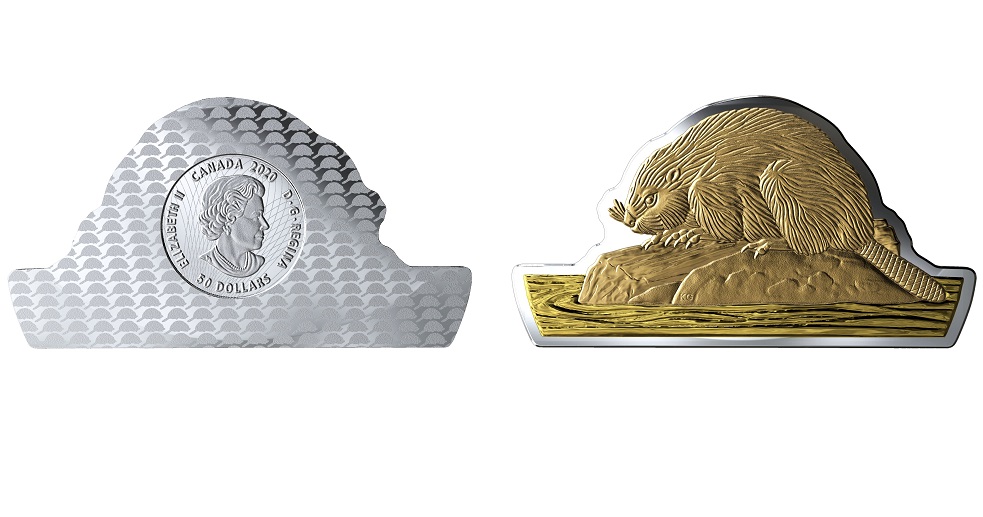 The Royal Canadian Mint has released the first design in a new six-coin series which features the motifs found on the country’s currently circulating reverse designs. These popular and familiar designs were first included on Canadian circulation coinage in 1937 with the release of new coins produced in time for the start of the reign of HM King George VI, father of Canada’s current monarch, Queen Elizabeth II.

From 1908, circulation coins were produced by the Royal Canadian Mint, which minted denominations of silver 50, 25, 10, five, and one-cent copper coins. The designs were quite basic, and with the exception of the sizeable one-cent copper coins, shared the same motif of an open wreath of Canadian maple leaf branches with the denomination centred along with the year of issue below.

Prior to 1922, Canada’s five-cent coins were produced in sterling silver of petite size, and, in fact, half the weight of the present-day 10-cent coins. After 1922, the composition switched to pure nickel, with each coin weighing 4.5 grams. This new composition lent the coin its new moniker, the “nickel,” which was more in keeping with their American neighbours to the south who had minted nickel five-cent coins since 1866. New more artistic designs were introduced in 1937, which reflected more of Canada’s culture and heritage. Featured in the designs was some of the country’s wildlife, such as the caribou seen on new 25-cent coins, and a beaver, which was depicted on the five-cent coin minted in nickel. The work was the creation of George Kruger-Grey (1880-1943), the well-known English artist who is best remembered for his prolific number of works which were seen on many countries’ coinage, including Canada. The reverse design is about Canada’s beginnings, an emerging economy which included fur trading. A beaver is shown atop a rock and is busy building a dam.

The nickel’s composition has changed several times, including a composition of tombac, copper, and zinc (and also in steel), which was plated in nickel. More recently in 1982, the same copper-nickel alloy used in the American five-cent coins, and since 2000, the nickel is now generally minted on nickel-plated steel material. 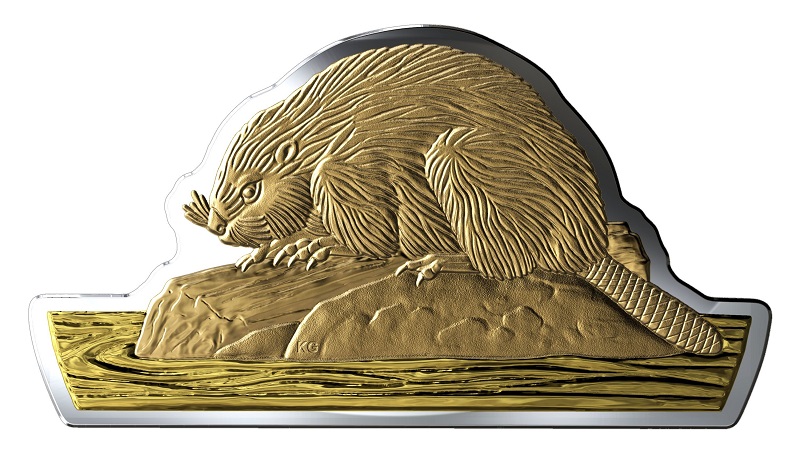 The coin itself derives its specific shape from the primary design on the reverse of the five-cent coin. It has been designed explicitly for consistent weight while also ensuring that the subject remains unaltered from the original in detail and proportions. The scene depicts a beaver standing on a rock surrounded by water. The image is portrayed by highlighting it with gold overlay within its own silhouette, which is seen in silver. 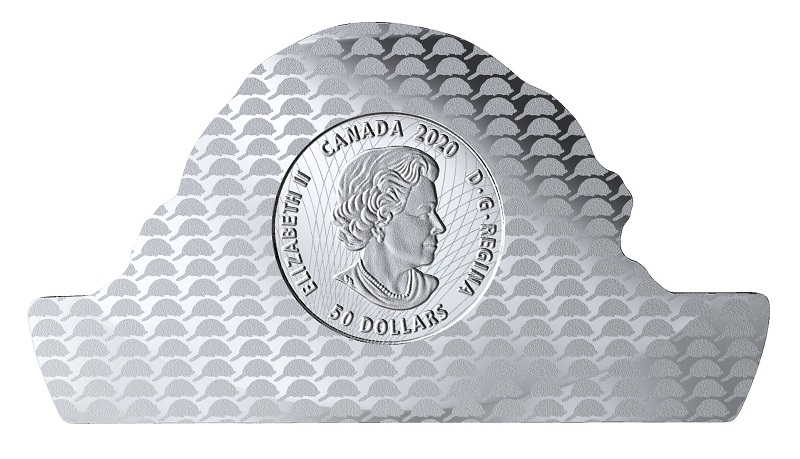 The obverse side features an encircled effigy of HM Queen Elizabeth II created by Susanna Blunt, which was introduced onto all Canadian circulation and many commemorative coins in 2003. A repeated pattern of silhouette beavers is shown in the background. 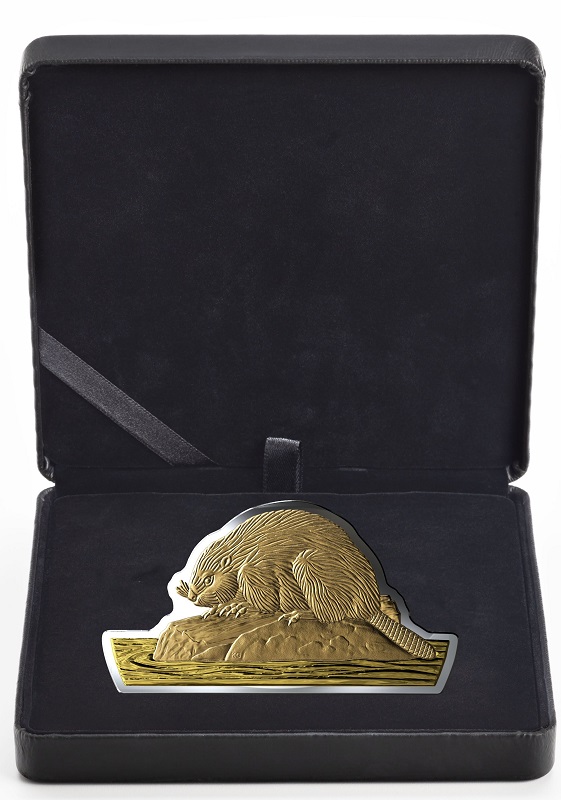 Each specially-shaped coin is encased in a custom-designed capsule which protects and showcases your coin’s silhouette and is presented in a Royal Canadian Mint-branded case, accompanied by a certificate of authenticity. For additional information about this coin and others available from the Royal Canadian Mint, please visit their website.