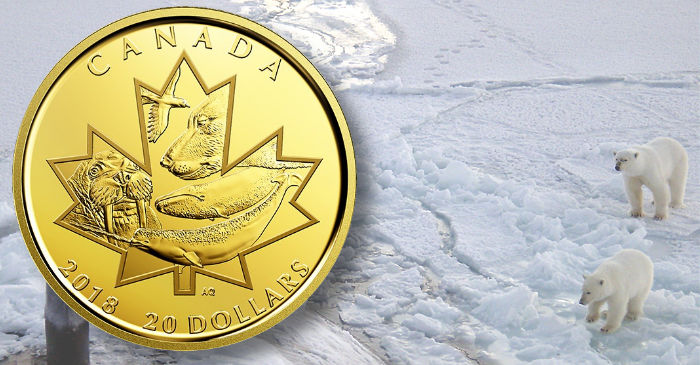 The Royal Canadian Mint has launched (26th June) a new coin, which for the mint and Canada, is a “first” in terms of using gold that was mined entirely from the territory of Nunavut, the newest territory in the Canadian Confederation. Each coin is struck from 99.99% pure gold mined in Nunavut at the TMAC Resources’ Mine at Hope Bay and by Agnico Eagle Mines’ Meadowbank Mine, near Baker Lake, Nunavut. The coin is also struck on a larger diameter, affording the design a greater surface space than traditional 1/10th-ounce coins.

The first collectible coin, which is crafted entirely of Nunavut-sourced gold, is also designed by Inuk artist Andrew Qappik, who has highlighted the various indigenous species of wildlife in this, the northernmost part of Canada. Far from a barren land of snow and ice, the Canadian Arctic is home to beautifully diverse wildlife that embody the spirit of this region. Species such as the polar bear and narwhal are uniquely adapted to life in this often-harsh environment, where they have long played a role in the culture and survival of indigenous communities. Symbols of strength, beauty, and resilience, the animals of the north are the proud emblems of Canada’s Arctic region and are among the country’s most cherished and widely recognised icons. 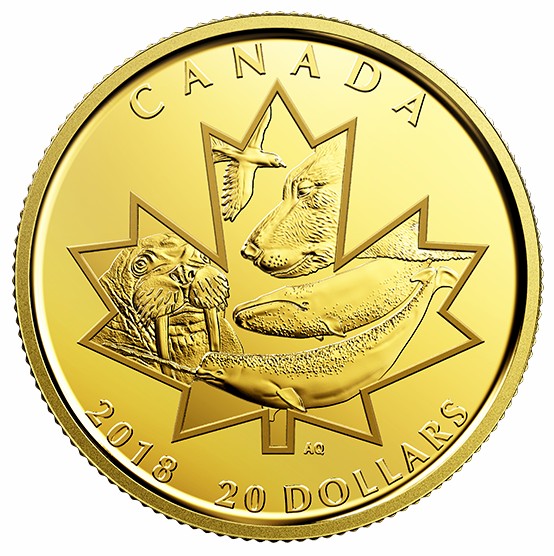 In another innovation, the 1/10th-ounce gold coin is struck on newly developed blanks that are thinner and greater in diameter than usual, yet with the same relief, allowing for a larger canvas for the Arctic-themed design. The reverse highlights some of the diverse wildlife that embodies the spirit of Northern Canada. Land, sea, and sky are represented in this Arctic-themed collage, which features the walrus, ptarmigan, polar bear, bowhead whale, and narwhal. All are framed by the outline of a maple leaf shape that symbolizes the nation’s pride and reverence for these great northern icons. The year of issue and denomination of 20 DOLLARS are placed below the primary design. 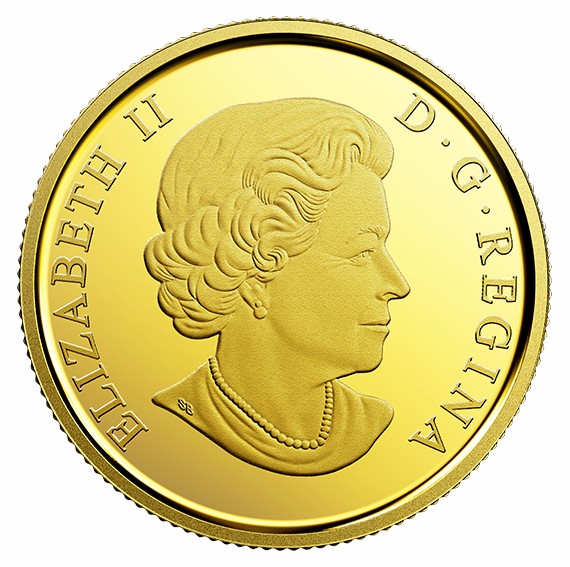 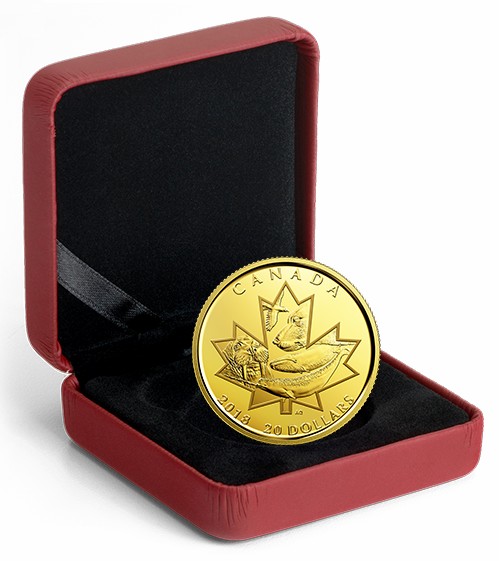 The 2018 $20 pure gold 1/10-ounce coin, Symbols of the North, can be ordered by contacting the Royal Canadian Mint at 1-800-267-1871 in Canada, 1- 800-268-6468 in the United States, or online. The coin will soon be available at the Royal Canadian Mint’s boutiques in Ottawa and Winnipeg, as well as through the Mint’s global network of dealers and distributors, including participating Canada Post outlets.