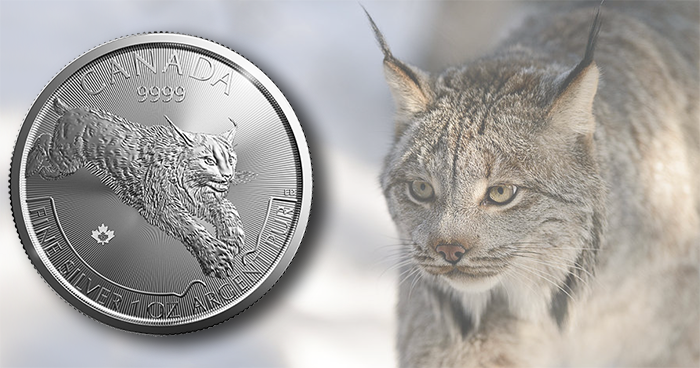 The Royal Canadian Mint has launched (9th March) their newest coin in their ongoing “Predator” bullion coin series, which includes 1-ounce, 99.99% pure silver bullion coins. The new 2017-dated coin in the series features the lynx and is only the second coin to be included in the series. This coin features the dynamic engraving of a Canadian lynx contrasted against a background of precise radial lines. This lively illustration is the work of acclaimed Canadian coin designer and nature illustrator Emily Damstra. 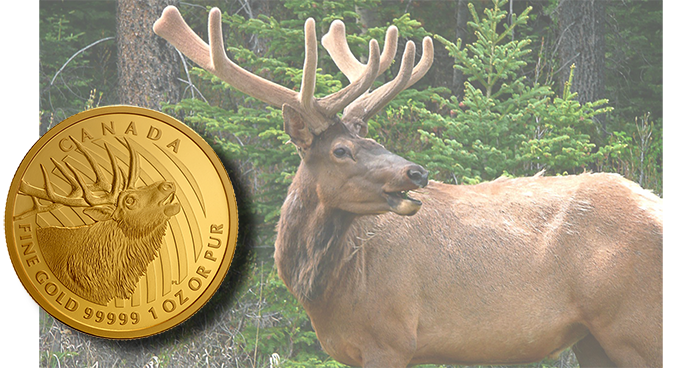 A new 1-ounce gold coin has simultaneously been released, the fourth in the “Call of the Wild” series. The new coin features an adult male elk and has the highest purity possible for a gold bullion-type coin, at 99.999 fine. The coin is also issued with a face value of 200 DOLLARS, which is the highest-value legal-tender denomination among the world’s 1-ounce gold bullion coins. The coin’s reverse is designed by Canadian artist Pierre Leduc, who has boldly illustrated a majestic elk, backed by lines representing the sound waves of his distinct bugle call. Both coins feature the addition of a micro-engraved maple-leaf mintmark for enhanced security on the reverse.

The obverses feature Susanna Blunt’s effigy of HM Queen Elizabeth II, which has been included on all Canadian circulation coins and many commemorative and collector coins since 2003.

The gold bullion coin is presented in richly designed credit-card-style packaging that includes a certificate of purity signed by the mint’s chief assayer; these bullion strikes will be produced to demand. A collector’s edition of the gold Elk is also available with a limited mintage. Both the gold and silver bullion coins have now been shipped to the mint’s network of official bullion distributors. In keeping with a distribution model common to the world’s major issuers of bullion coins, the Mint does not sell bullion directly to the public. Interested buyers are encouraged to contact a reputable bullion dealer to order these new gold and silver coins. For additional information and for the collector’s version of the gold Elk, please visit the website of the Royal Canadian Mint. ❑

Canada: “Locomotives across Canada” steams away with second silver coin in series