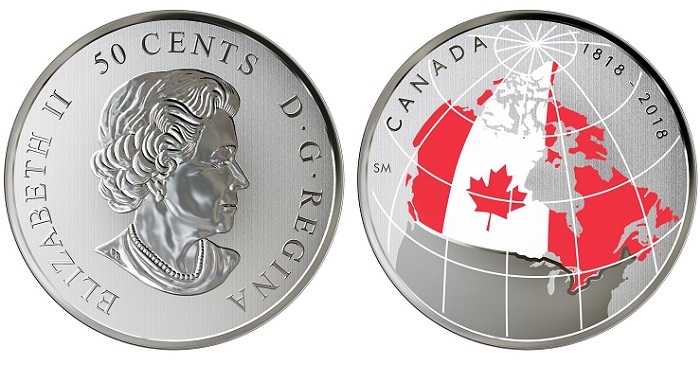 Following the conclusion of the War of 1812, the Convention of 1818 resulted in a treaty between Great Britain and the United States. It stipulated that the western boundary between British North America and the United States should follow the 49th parallel from the Lake of the Woods to the Rocky Mountains, known to many English speakers at the time as the “Stony Mountains.” The treaty defined the division of the United States, and what would later become the Dominion of Canada, in 1867. Aside from dividing Americans and British North Americans, the international boundary also divided the ancestral lands of several First Nations, and, as a result — tribes of the indigenous Americans were later to become citizens of either the United States or Canada. As both nations added territory officially to their respective geopolitical entities, the recognised boundary was extended to the Pacific Coast with the Oregon Treaty of 1846 that extended the land boundary to the Strait of Georgia, but it gave rise to a dispute over the sea boundary between the mainland and Vancouver Island. This dispute was settled by international arbitration in 1872, which awarded the island of Vancouver to Canada.

At present, this international boundary between the Canadian confederation and the United States runs a total length of  8,891 kilometres (5,524 miles), which is the longest land border shared by two countries. So unobtrusive or unmarked is the border between the two countries that in some areas, it is difficult to determine which country you’re in, as some roads are simple continuations from either border.

Other significant Canadian parallel borders are the 60th parallel north, which forms the mainland boundary between the four Canadian provinces of British Columbia, Alberta, Saskatchewan, and Manitoba and the territories of Nunavut, Yukon, and Northwest Territories. The 120th meridian west forms the northern border between British Columbia and Alberta, but the southern portion follows the Continental Divide. 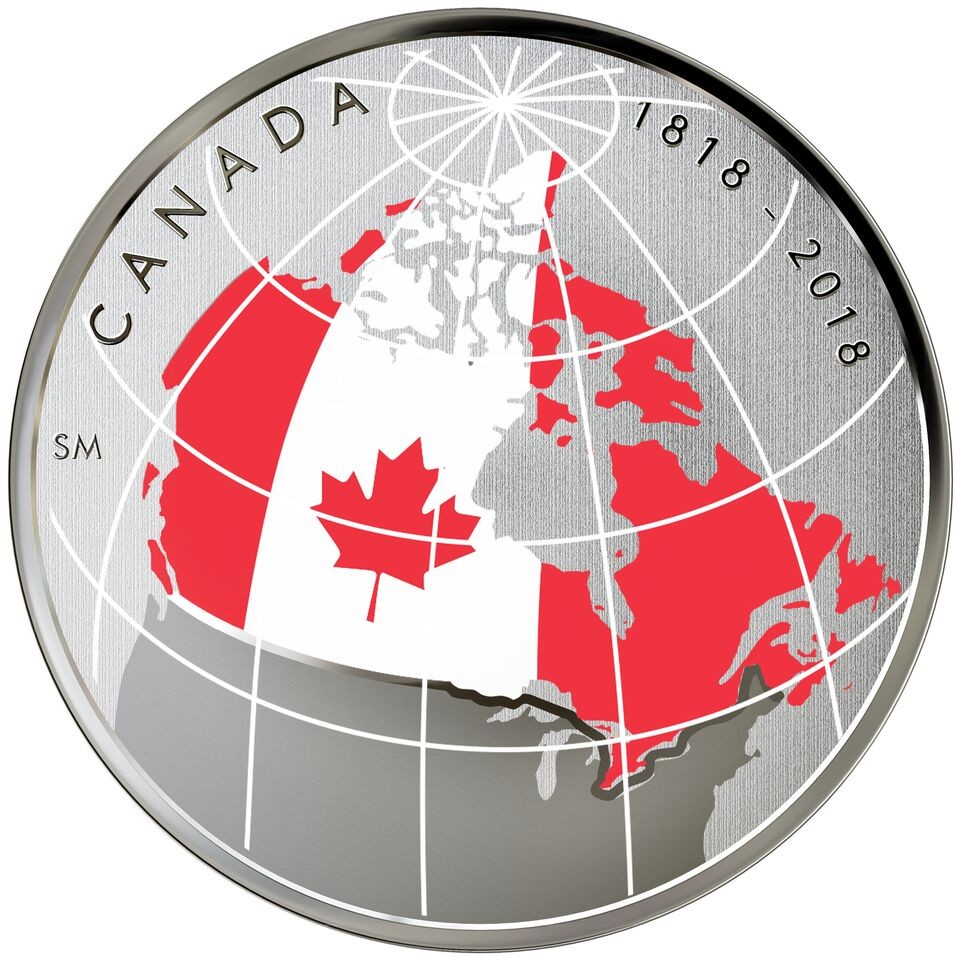 The special edition 50-cent coin features the image of the red-and-white flag of Canada and is designed by Steve McPhee. The motif is superimposed over all of Canada on an outline map with engraved lines highlighting the international boundary known as the 49th parallel, which marks its bicentennial in 2018. 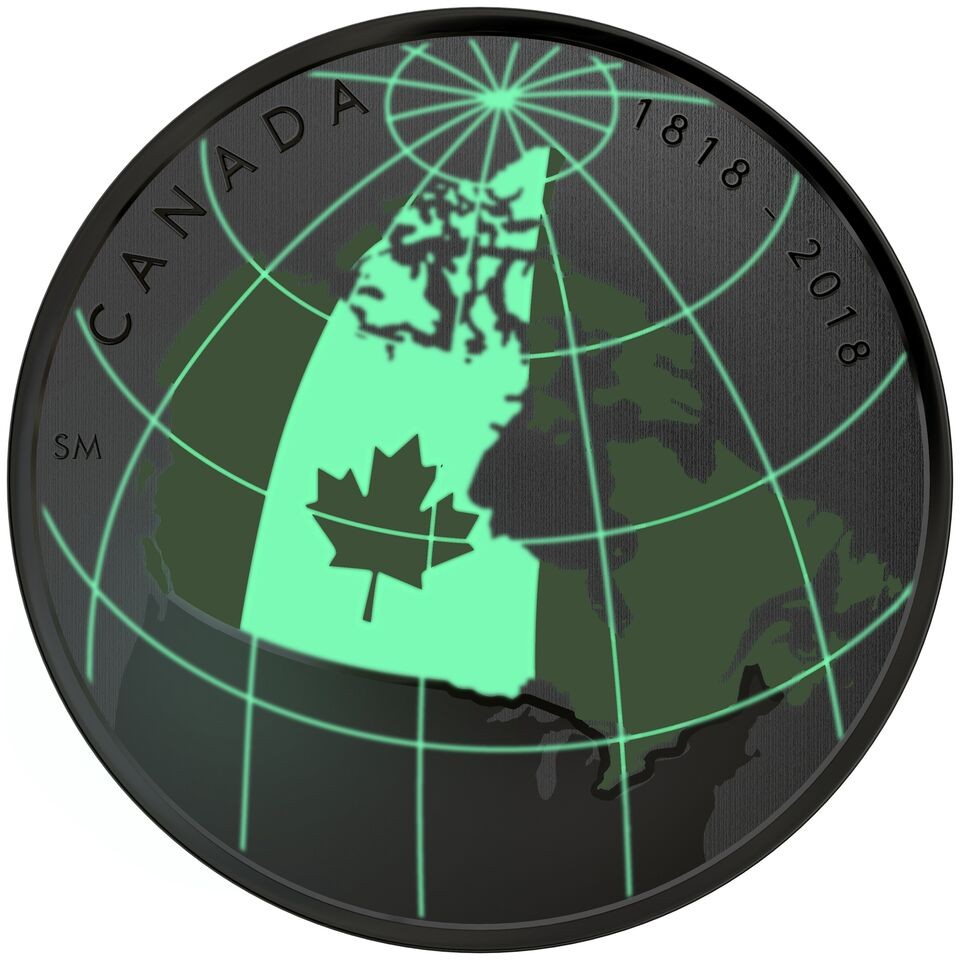 The coin includes glow-in-the-dark technology that lights up the whole map, along with the latitude and longitude lines. The reverse design also includes the engraved word CANADA and the commemorative dates 1818–2018. 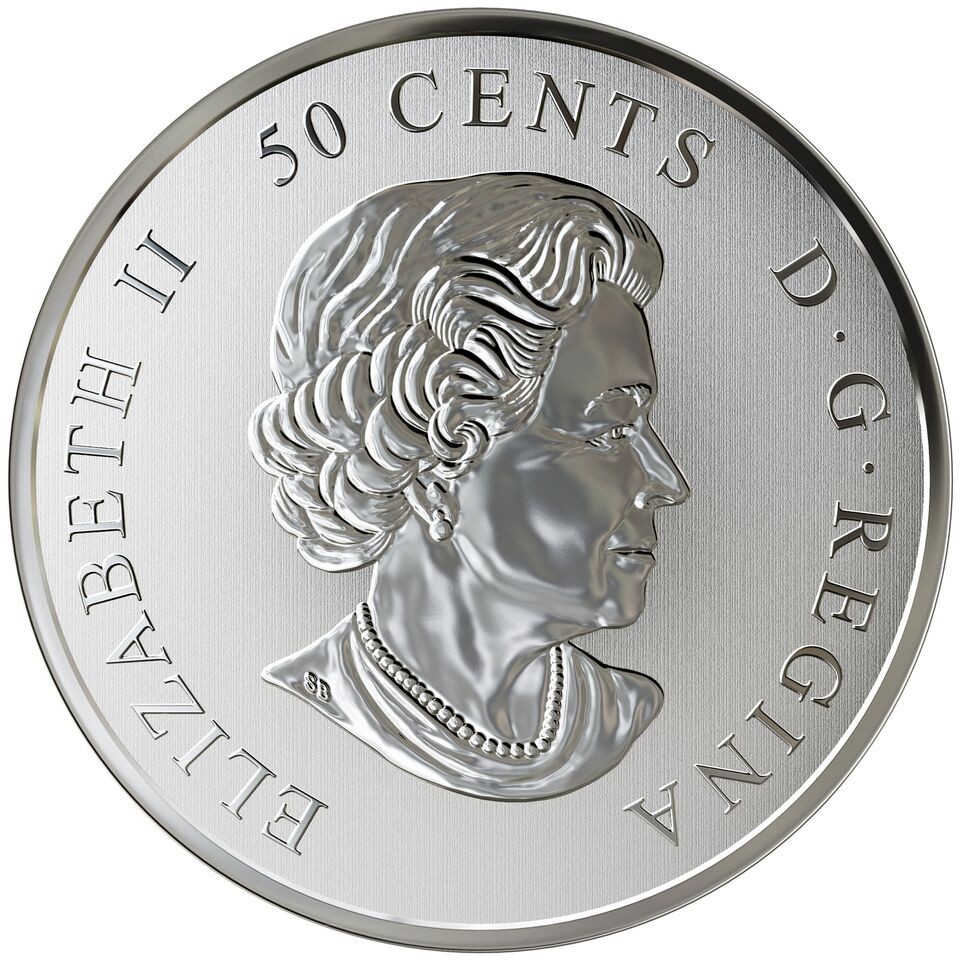 The obverse features the effigy of Her Majesty Queen Elizabeth II by Susanna Blunt, seen on all Canadian circulation coinage since 2003. The coin is included in a six-coin set dated “2018” with coins ranging from two dollars to 10 cents. They are displayed in a colourful folder which highlights a portion of a cut-out shape of the national symbol, the maple leaf. 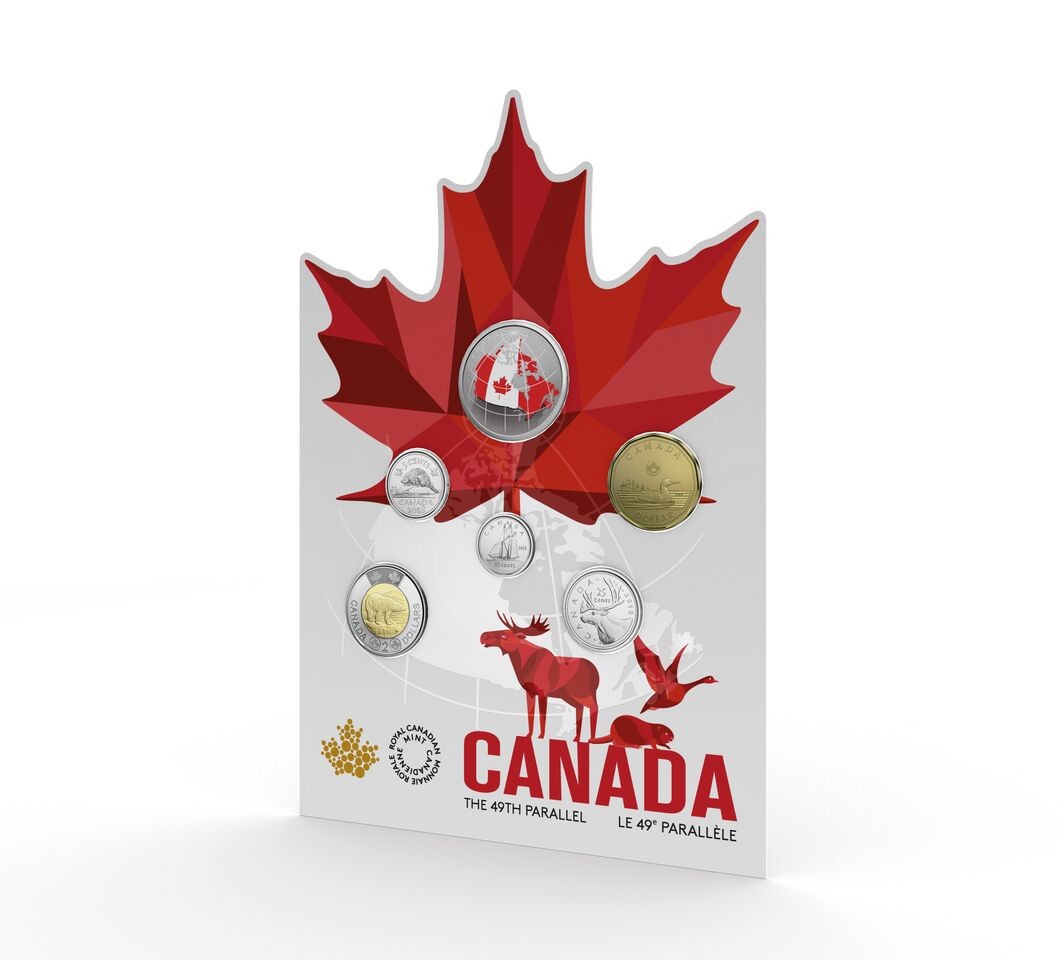 For additional information about these coins and others available from the Royal Canadian Mint, please visit their website.