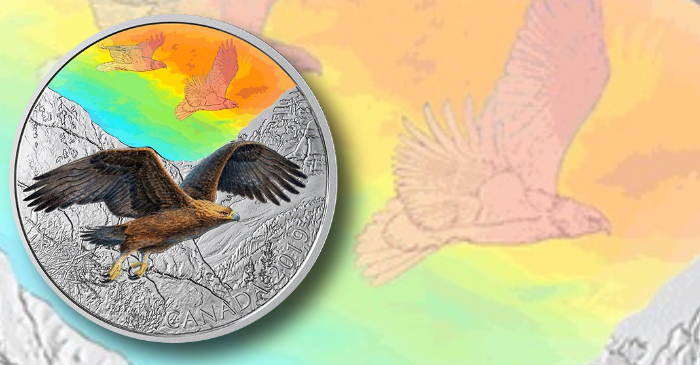 The Royal Canadian Mint has unveiled (25th July) a new three-coin series which combines the technology of holographic imagery with detailed depictions of some of Canada’s most familiar birds in flight — all brought together with Proof quality strikes on pure silver to create a special set of coins with the illusion of winged motion on each design. Entitled “Majestic Birds in Motion,” the three-coin series pays tribute to the marvel of avian flight through three great Canadian feathered icons.

A bird’s airborne agility never fails to inspire awe. Their graceful movements in our skies are reproduced using multi-frame holograms. The technology involves multi-frame holograms embedded on each coin, which provides a realistic depiction of movement. This is combined with a stunning use of selective colour to recreate the plumage colours and the easily identifiable features of each species. Using a Proof strike with a polished mirror-like finish, the engraved setting on each coin features crisp detail that beautifully anchors the enhanced design elements. 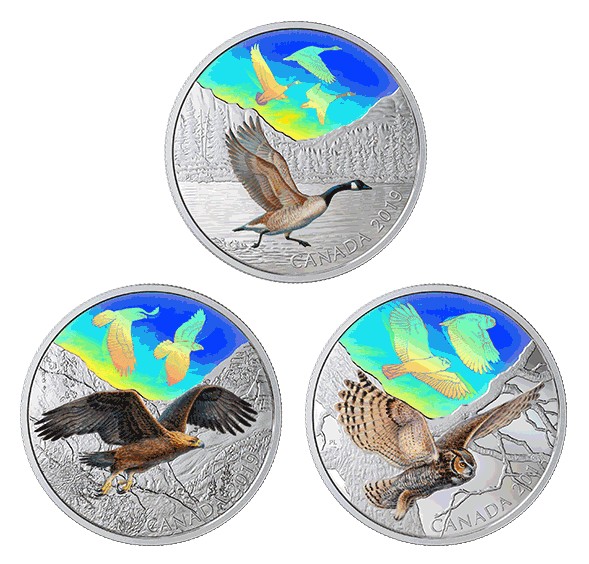 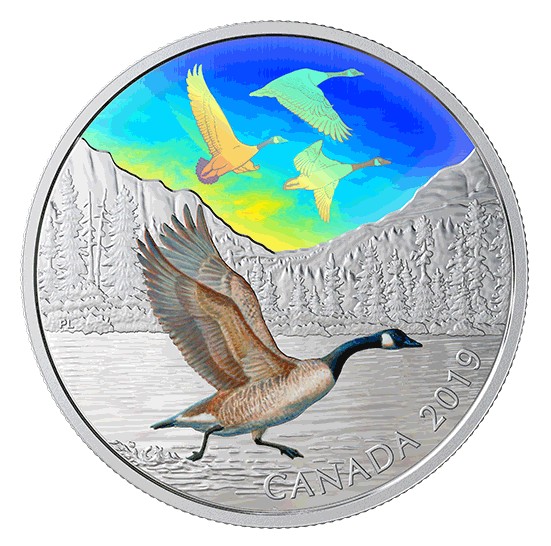 The first coin in the series steps out from the Canadian wilderness, where mountain peaks and evergreens add a soaring sense of majesty to the engraved lake setting. 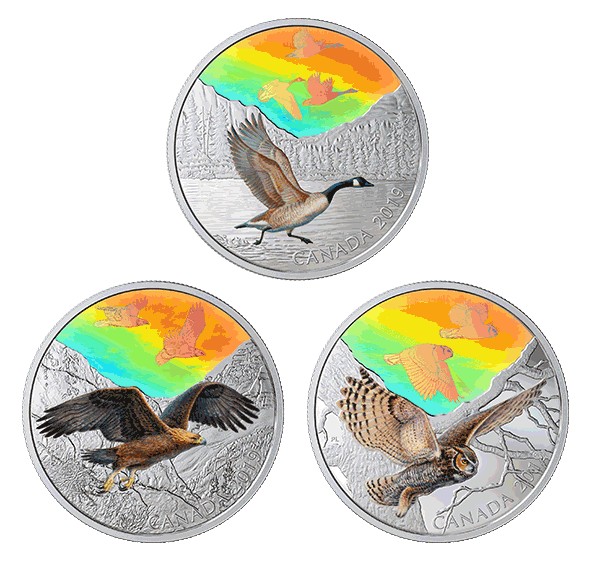 In the foreground is a selectively coloured Canadian goose, which is depicted just before liftoff, its black head is thrust forward as it rushes headlong into the direction of its intended flight. Each coin on the reverse side includes the inscription CANADA 2019. 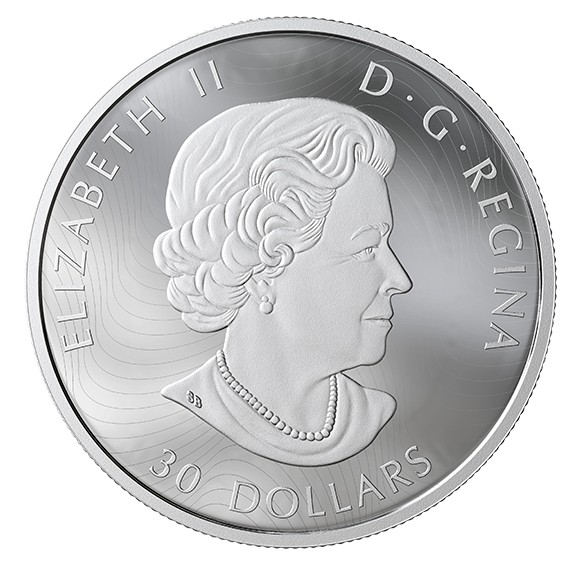 The obverse features the effigy of HM Queen Elizabeth II created by Susanna Blunt and has been used on all Canadian circulation and commemorative coinage since 2003. Below the Queen’s effigy is the denomination of 30 DOLLARS. 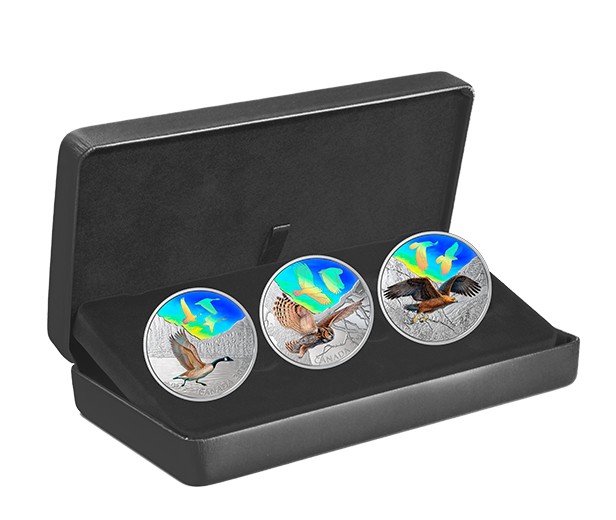 Each coin is individually encapsulated and presented separately in a Royal Canadian Mint-branded maroon collector’s case. The first coin features Canadian geese, while the second coin includes great horned owls (released September). The final coin, featuring golden eagles (released November), completes the set. A three-coin case is also available. The coins are available as a subscription for collectors in Canada and the U.S. For additional information, please visit the website of the Royal Canadian Mint.