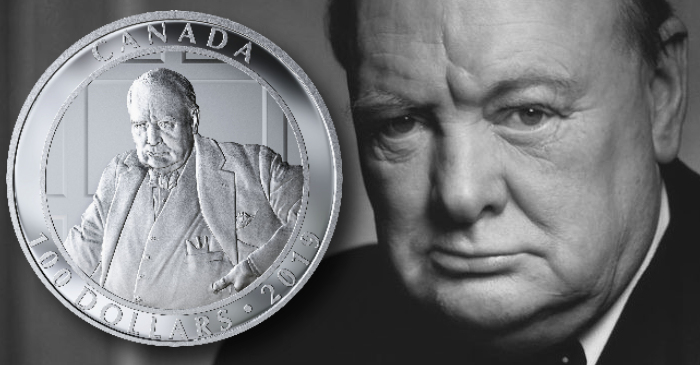 The Royal Canadian Mint has released a new mega-sized Proof coin which honours one of the most prominent and inspirational personalities to have emerged from World War II, British Prime Minister Sir Winston Churchill.

His image is the focus of this exceptional coin and was taken of him during his wartime visit to Canada in 1941, as viewed through the lens of the legendary Armenian-Canadian photographer, Yousuf Karsh, C.C. (1908–2002). Snapped in the House of Commons, Karsh’s most famous photograph soon became one of the most widely recognised images of the 20th century. Sir Winston’s portrait also became the definitive likeness of the wartime leader who was known for his inspiring speeches, said to be the “lion’s roar.” 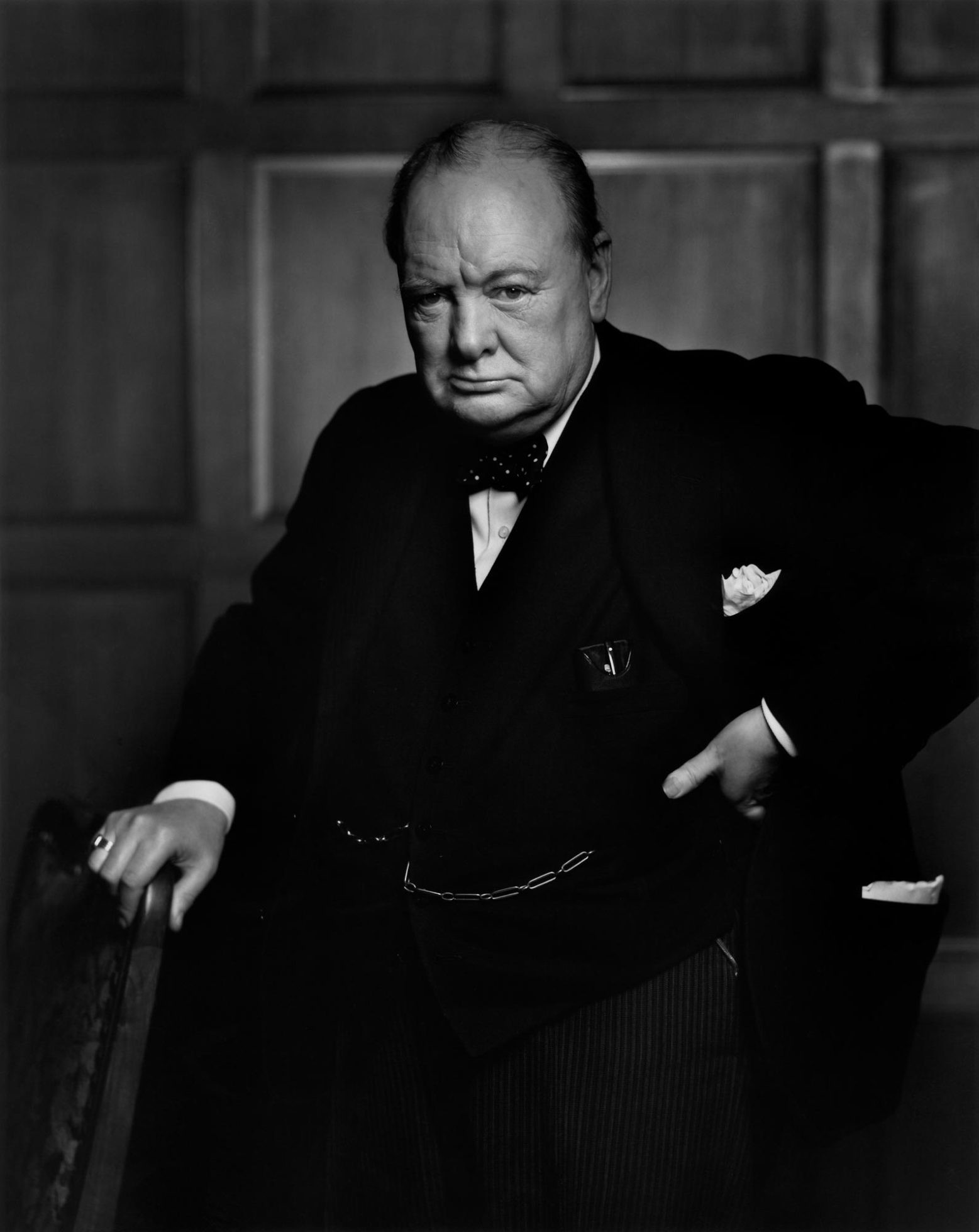 With the click of the camera and the removal of Sir Winston’s trademark cigar, an Ottawa-based photographer captured an image that immortalised a world leader’s resolve, even in the darkest days of the Second World War. The photo, later referred to as “The Roaring Lion” by Armenian-Canadian photographer Yousuf Karsh, C.C., soon became one of the most famous photographs of the 20th century as well as the photo that would launch his international career and reputation. The black and white photograph of Sir Winston Churchill was taken in Ottawa on the 30th December 1941, after the British prime minister delivered his speech in the Canadian House of Commons. In that brief moment on Parliament Hill, Churchill’s deep scowl was actually directed at the photographer, giving the impression that Churchill is glaring straight at the viewer. 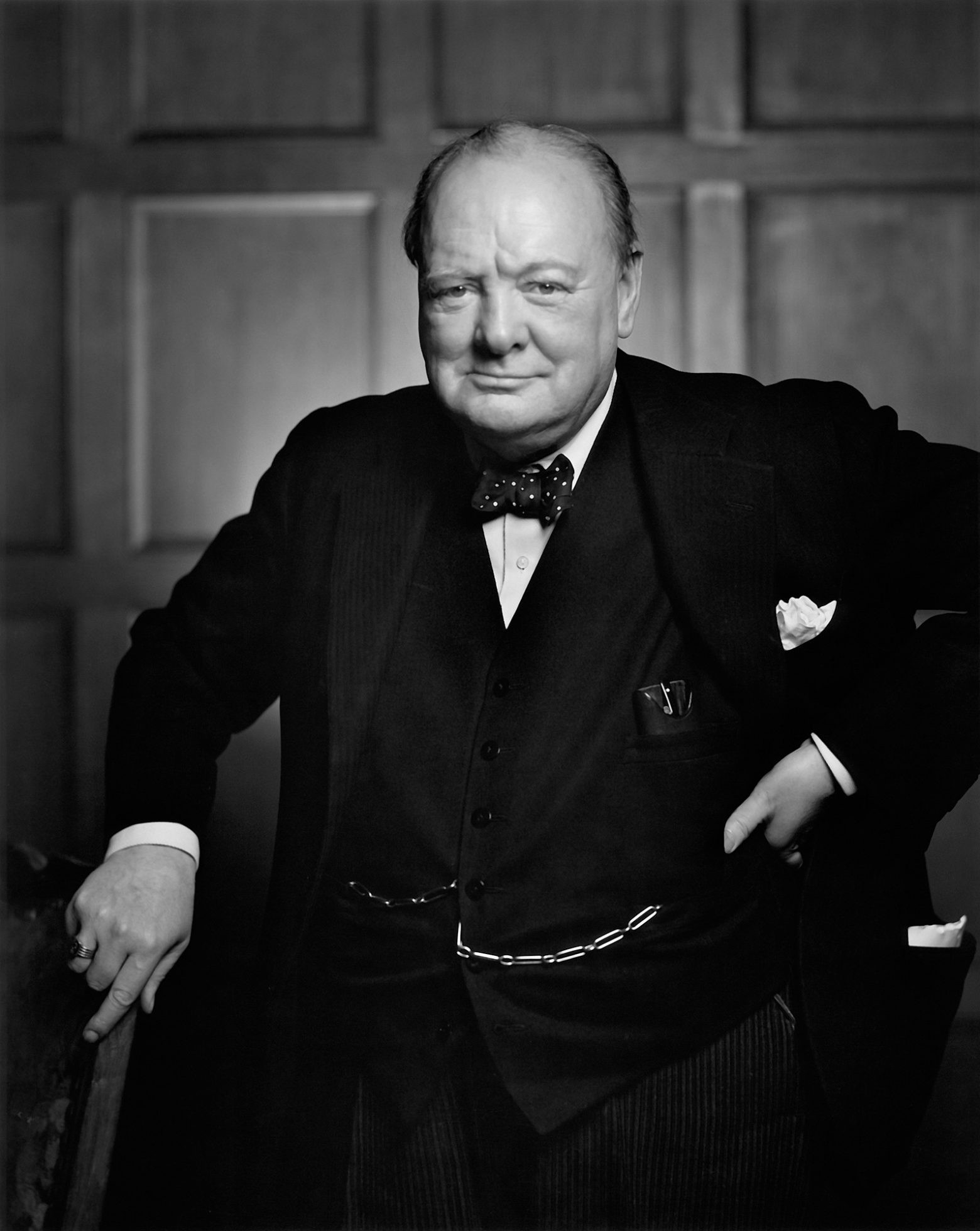 Legend has it that in order to get his particular shot, Karsh had unexpectedly plucked the cigar from the statesman’s mouth. The defiant stare Churchill gave melted into an amused smile, and Churchill praised the photographer by commenting:

You can even make a roaring lion stand still to be photographed.

Karsh later admitted that this particular portrait of the British Prime Minister literally changed his life and also admitted that he knew this assignment was an important one. Ultimately, even Karsh was unprepared for the international status he would later enjoy nor the level of notoriety this single image would generate as it became one of the most widely reproduced images in the history of photography. 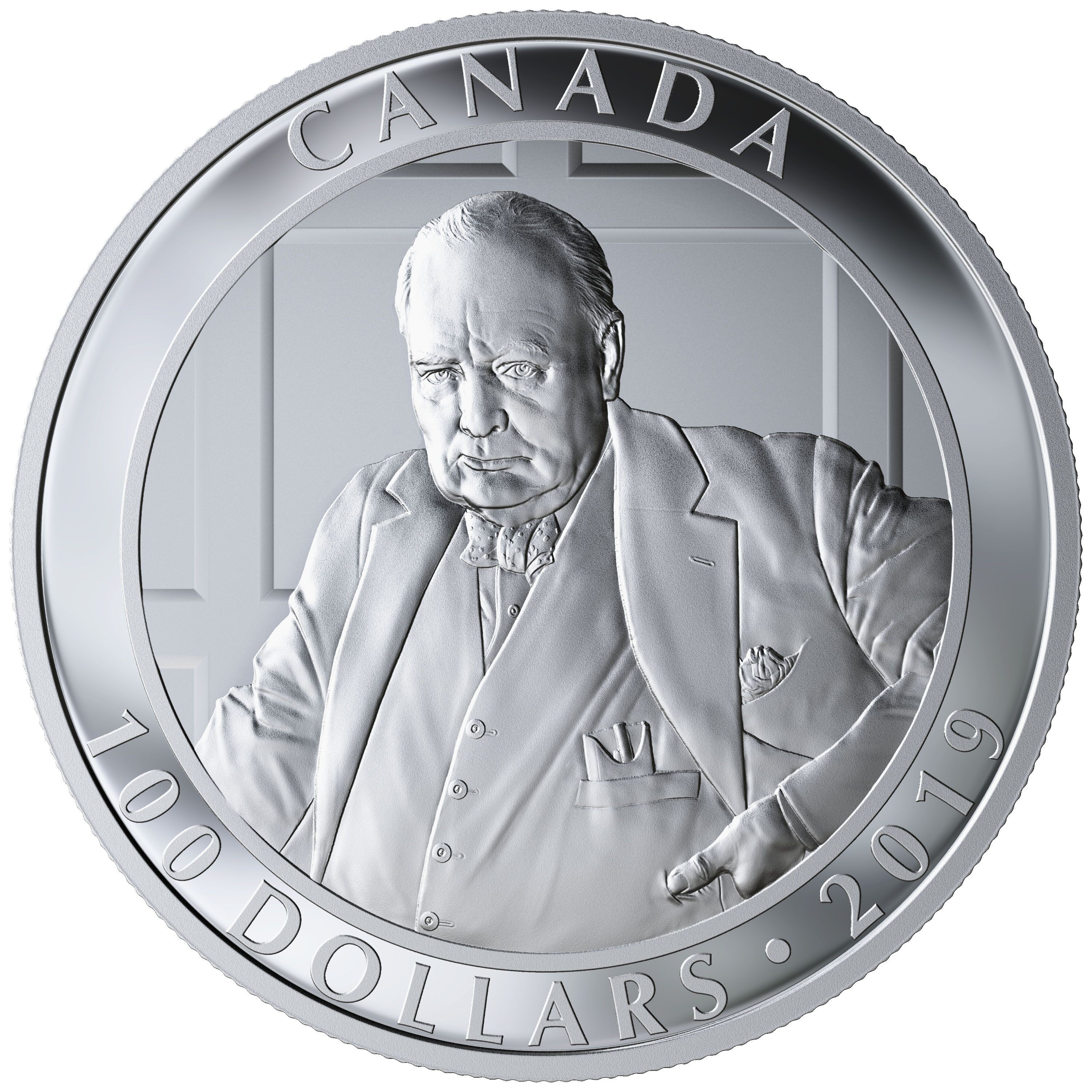 The reverse side of this large-sized silver Proof quality coin features a reproduction of The Roaring Lion by Armenian-Canadian photographer Yousuf Karsh, C.C. (1908-2002). 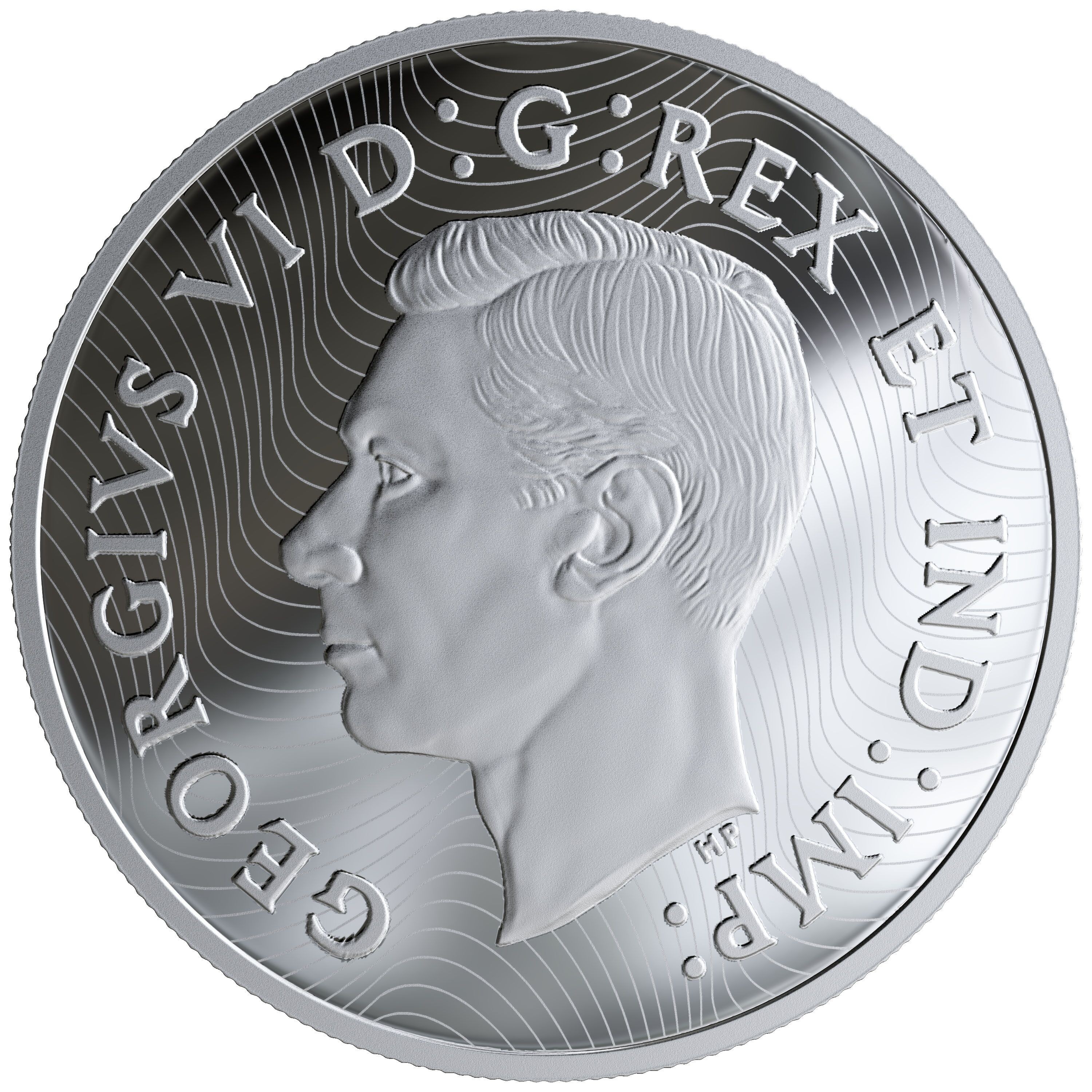 The obverse features the effigy of King George VI created by T. H. Paget. It is this image and legend around the effigy that were prevalent on Canadian circulation coinage when this photograph was taken in 1940. The king depicted is the father of the present Queen, HM Queen Elizabeth II. 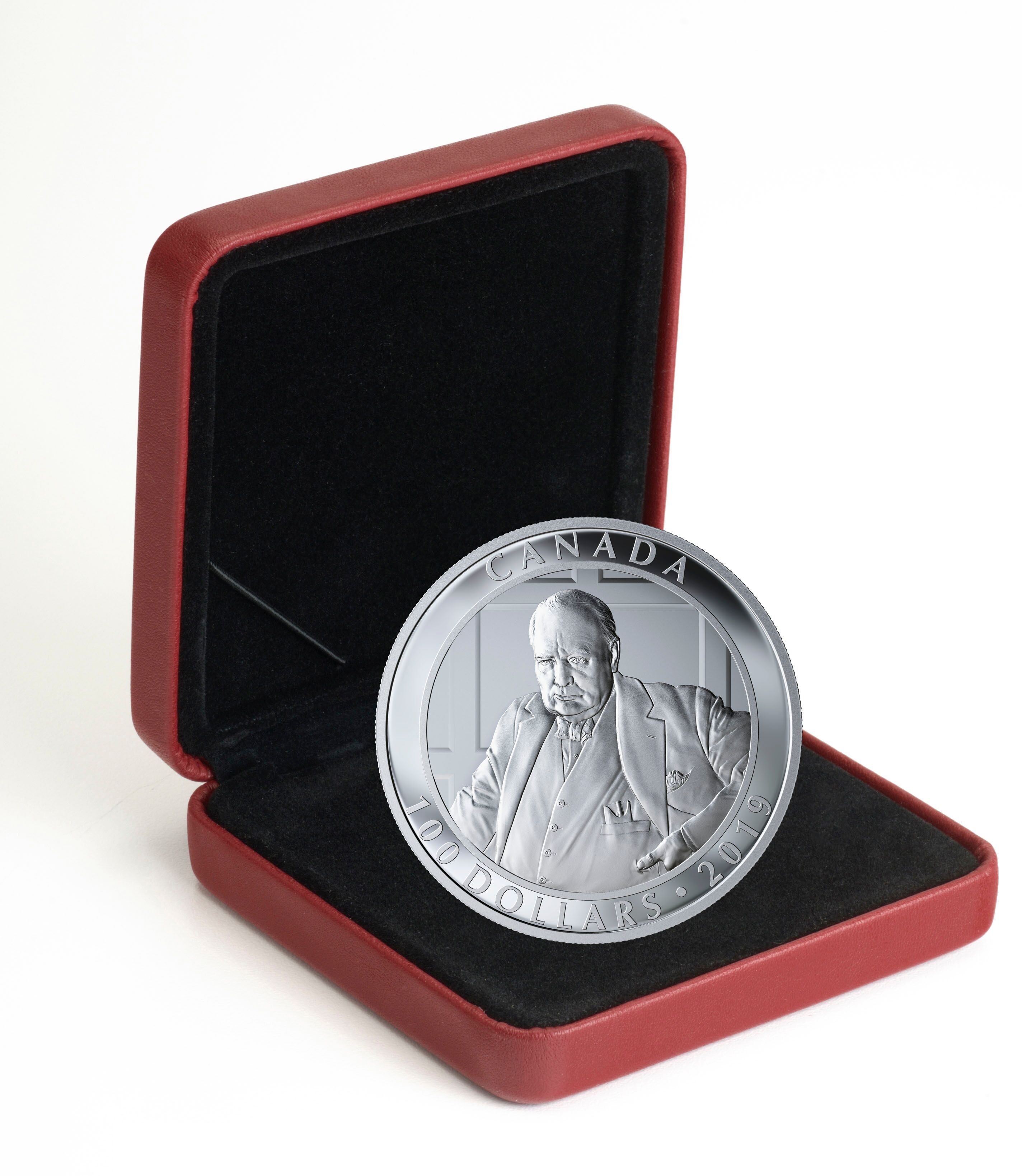 Each coin is specially encapsulated to accommodate the larger diameter and weight and is presented in a custom case which is also accompanied by a numbered certificate of authenticity. For additional information about these coins and others available from the Royal Canadian Mint, please visit their website.