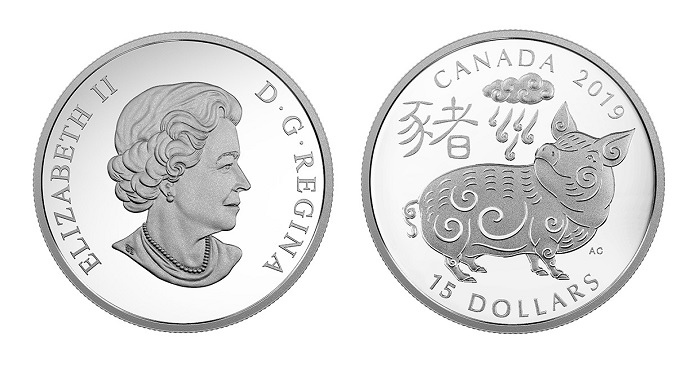 The Royal Canadian Mint has released new silver Proof coins which are in celebration of the upcoming Lunar New Year, observed in many countries, regions, and peoples all over the world. The Lunar New Year is associated with a 12-year cycle of lunar zodiac characters based on both real and mythical animals.

According to the Chinese tradition of the lunar zodiac, 2019 is the Year of the Pig, a resourceful creature known for being observant, intelligent, and confident. Playful and loyal, the Pig will always stay by your side. In the Zodiac lunar calendar, the year 2019 is essentially ruled or dominated by the Pig. For many, the Pig is a true diamond in the rough.

If you were born during the years 1923, 1935, 1947, 1959, 1971, 1983, 1995, or 2007, then you were born under the Year of the Pig, the last lunar zodiac sign in the cycle. Though they may appear unrefined, the down-to-earth Pig’s personality is associated with kindness and loyalty, and since they are excellent listeners, the Pig will always support you. If you’re wrong, he or she won’t have the heart to tell you. A lover of the good things in life, this peace-loving soul wants everyone to get along. If you are born during the Year of the Pig, these behavioural qualities are attributed to you. 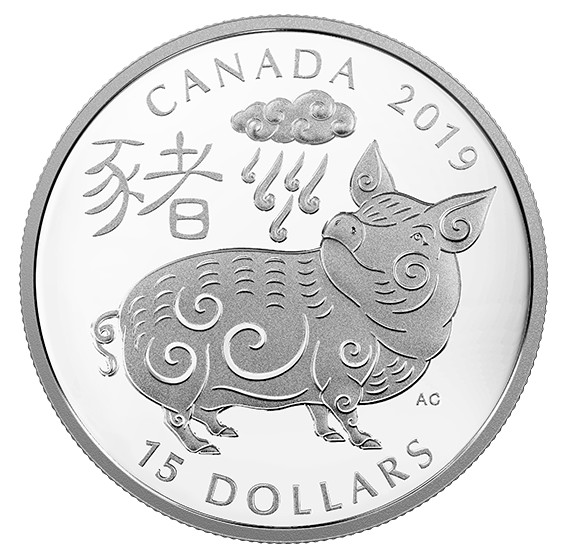 Designed by Canadian artist Aries Cheung, the 2019-dated coins depict the ever-positive Pig smiling under a raincloud. The image captures the essence of the animal’s character, which can be described as courageous, resourceful, and confident no matter what it faces. Neither rain nor storm can keep a Pig down, as they greet adversity with a smile and the will to forge ahead. Stylised swirls reminiscent of the animal’s corkscrew tail lend the image charm and movement. The Pig is flanked by the Chinese characters for “pig.” The denomination of 15 DOLLARS is placed below the primary design along the lower edge of the coin. 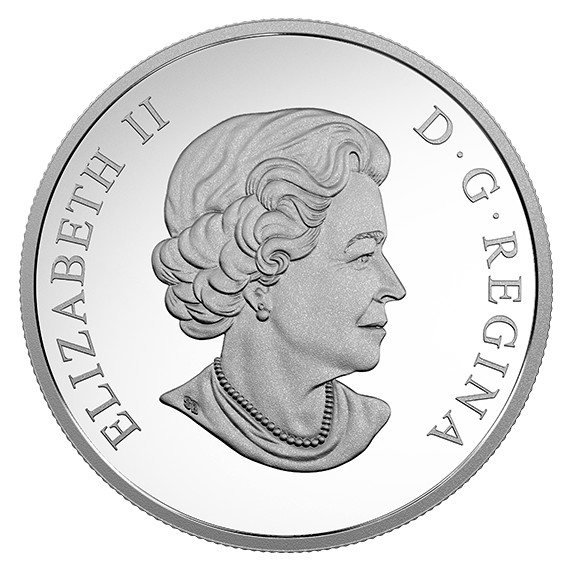 The obverse features the effigy of Her Majesty Queen Elizabeth II designed by Susanna Blunt and has been used on all Canadian circulation and many commemorative coins since 2003. 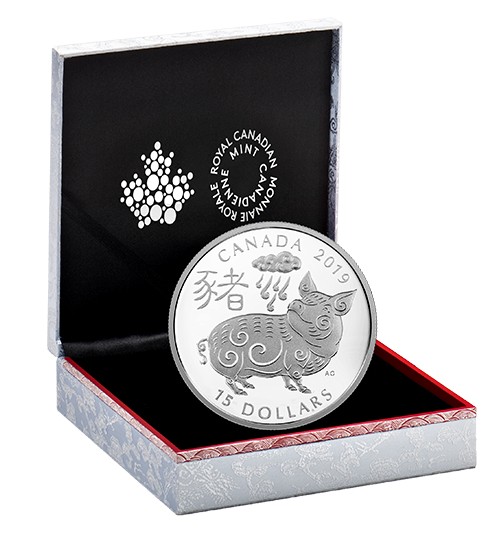 This coin is part of the Royal Canadian Mint’s popular lunar year theme featuring coins of the Chinese zodiac and is the 10th in this series of 12 coins. Beautifully presented in a silver, satin-like case with a custom sleeve in which red colouring brings another element of luck to this collector coin. For additional information about this coin and other coins available from the Royal Canadian Mint, please visit their website.