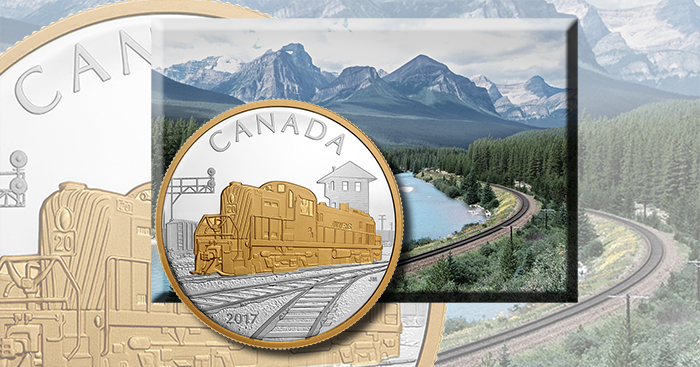 The Royal Canadian Mint have issued the second of three coins in what is, for many coin collectors, a great series, which features an immensely popular subject for collector coins: locomotives. Aside from Canada’s love for railroads, which began with the first railway constructed in 1836 (the route being the Champlain and Saint Lawrence Railroad), railroads and all kinds of locomotives have become a very popular subject for coin enthusiasts the world over.

The Great Western Railways was inaugurated in 1853 with six 4-4-0 steam locomotives imported from the United States. The iconic 4-4-0 American locomotive looms large in Canada’s railway history as the quintessential all-purpose locomotive of its time. The development of Canadian Railroad played its wholly distinctive role in the eventual union of the various territories and colonies which made up what had been referred to as British North America. It was a time when Canadian union hinged on the promise of a railway link, which was fulfilled in the east with the completion of the Inter-colonial Railway in 1872, just five years after official confederation.

Canadian locomotives have been instrumental in shaping this large country throughout its 150 years of history. The steam- and diesel-powered vehicles were at the heart of confederation and helped link two of Canada’s coasts. Rail transportation opened up the west to new settlement, and laid the foundations of the pioneer spirit which built the very country that Canadians enjoy today. They have had an impact on all aspects of Canadian life, including economic and social, by transporting people and goods across the vast nation. The engines featured in the “Locomotives across Canada” silver coin series represent a historical snapshot of a nation coming into its own, helped by a spirit of innovation that persists today. Prior to 1853, all locomotives in British North America or present-day Canada were imported from the United States or from Great Britain. The second coin in the series features the first diesel locomotive manufactured in Canada, the RS 20, which was built in 1949 by Montreal Locomotive Works. In total, the Canadian manufacturing facility built nine locomotives, with four of them being placed into service on the Canadian Pacific Railway, two on the Napierville Junction Railway, two on the Ontario Northland Railway, and one on the Roberval and Saguenay Railway. 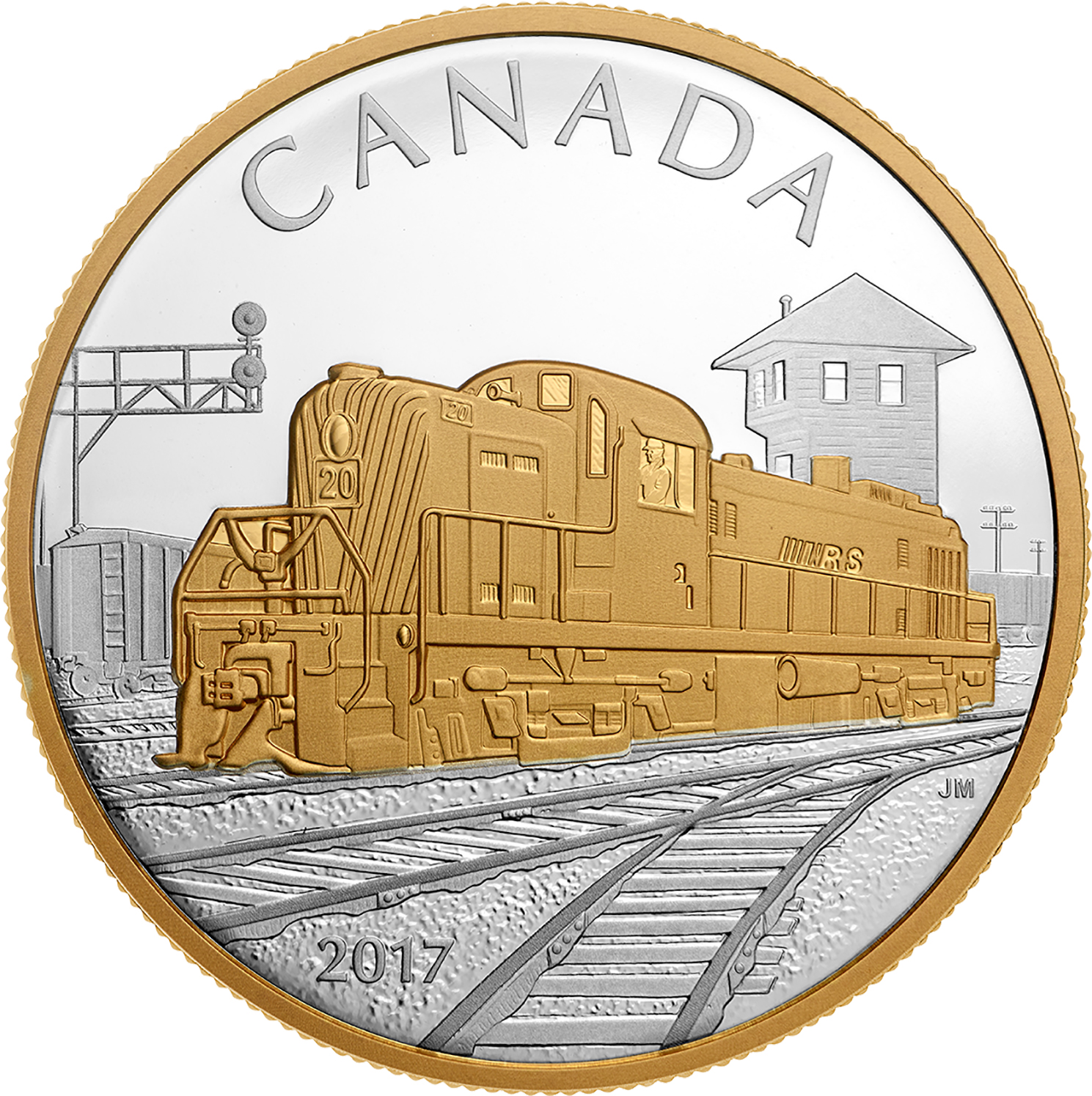 The coin is designed by John Mantha and depicts this state-of-the-art locomotive traveling to the left in three-quarter view. In the background, a scene of a more rural station and open space is shown, symbolising the importance of the RS 20 to the more isolated parts of Canada. The RS 20 and the plain border are highlighted with 24-karat gold plating 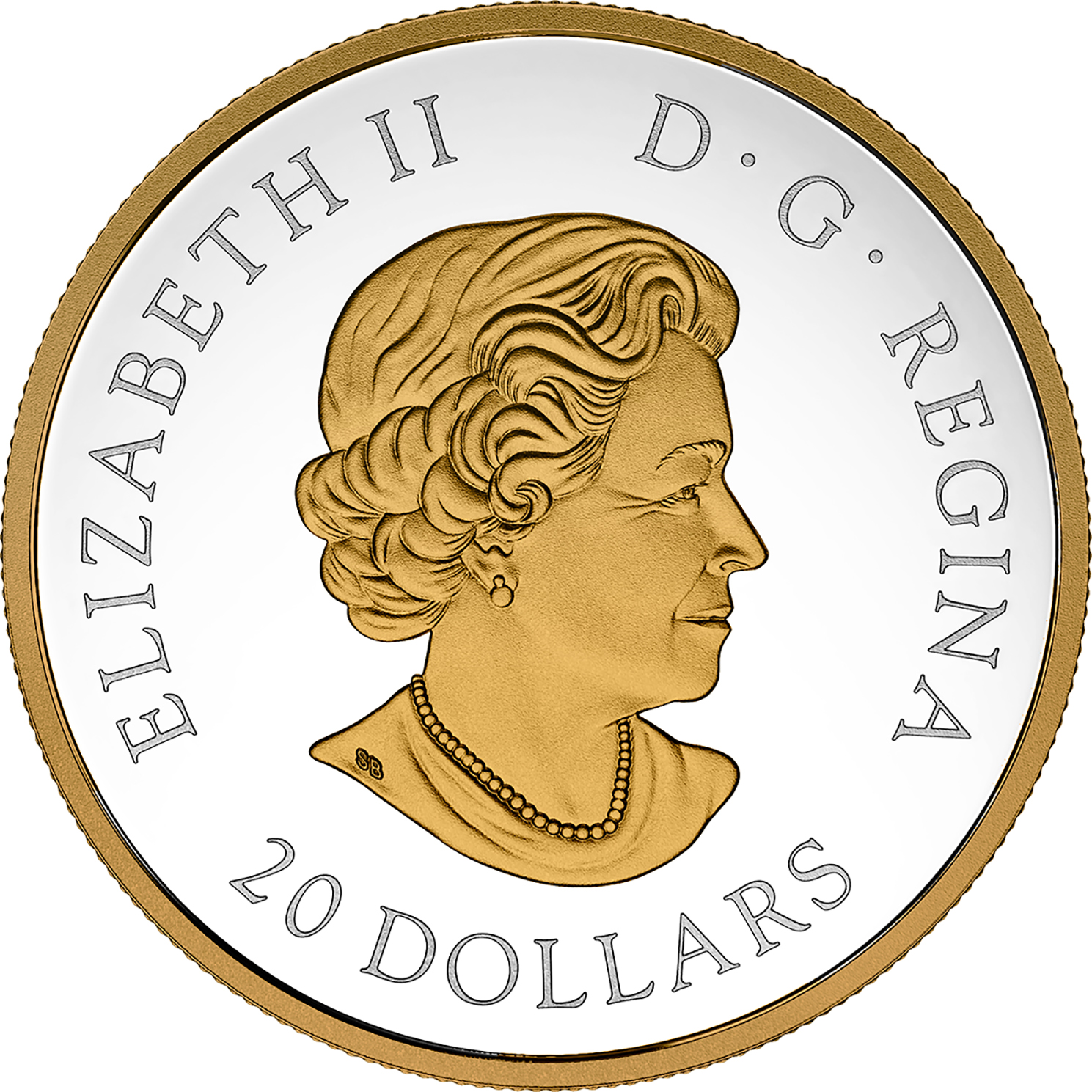 The obverse features the effigy of Her Majesty Queen Elizabeth II which was created by Susanna Blunt and has been in use on all Canadian circulation and many commemorative coins since 2003. The Queen’s effigy and the plain border are also gold-plated, in keeping with the the reverse.

The first coin in the series—which is available as a three-coin subscription programme—features the iconic 4-4-0 locomotive. The third coin will feature the GE ES44AC locomotive and is expected to be released by August 2017. 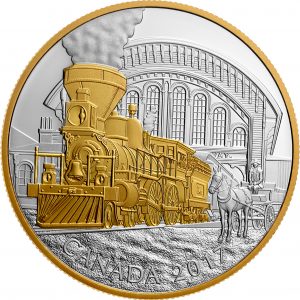 First coin in the series, featuring the 4-4-0 locomotive. 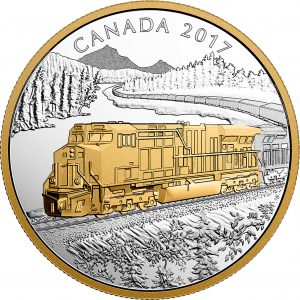 The third and final coin in the series, featuring the GE ES44AC locomotive.

Each coin is encapsulated and presented in a beautifully embossed metal tin that complements the theme. The series’ collector case will be shipped to subscribers with the third coin as part of the programme. Please visit the website of the Royal Canadian Mint for more information on this and other coins on offer.   ❑