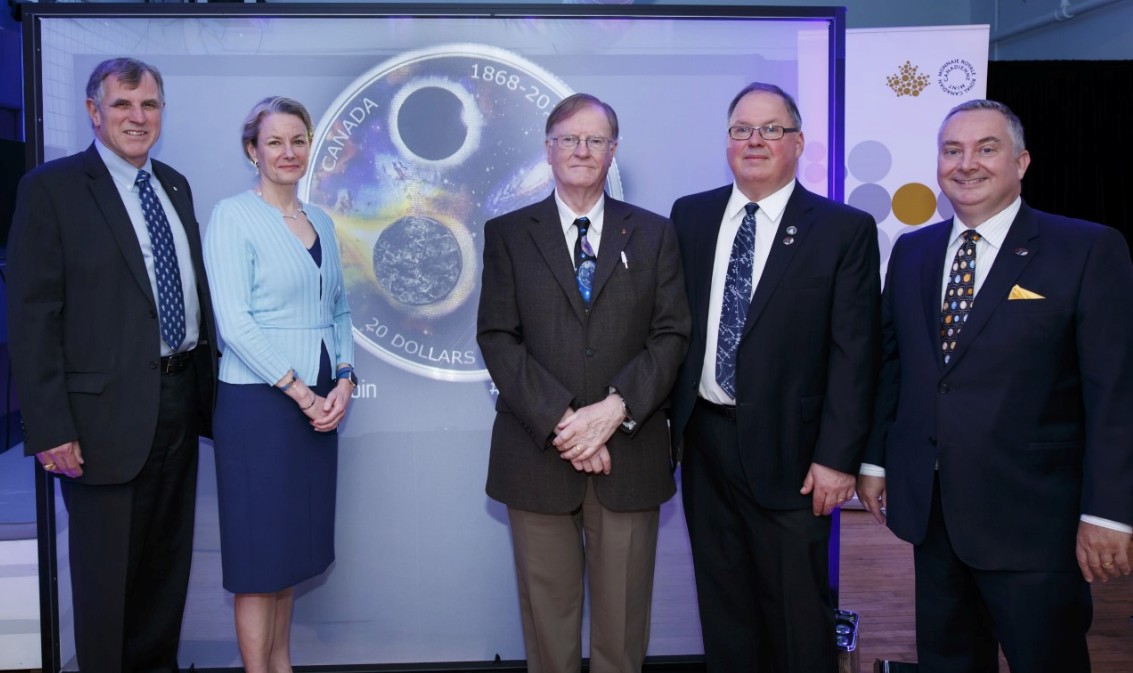 The Royal Canadian Mint has launched (26th June) a new collector coin which is especially relevant as the release coincides with the celebrations for the 150th Anniversary of the Royal Astronomical Society of Canada (RASC). For this occasion, the Royal Canadian Mint has created a truly out-of-this-world collectible by adding a genuine meteorite fragment to limited edition silver coins marking this anniversary.

Founded in 1868, the Royal Astronomical Society of Canada has nurtured the passion of astronomers while fostering the curiosity of anyone who has ever looked up at the stars and wondered what lies beyond. Canadians are celebrating the 150th anniversary of the RASC with an awe-inspiring (and scientifically accurate) reverse design that adds a photo-realistic twist to the Society’s sesquicentennial logo. As an added element to the design, the reverse includes an authentic meteorite fragment, which is a fitting tribute to the contributions of RASC members. 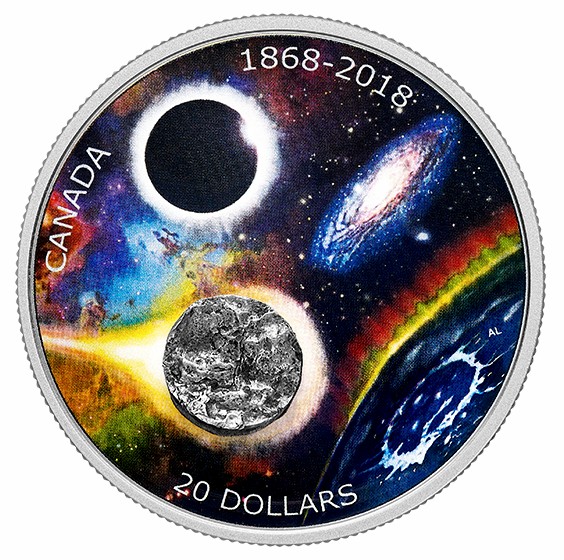 Designed by Canadian artist Alexandra Lefort, the reverse design of this coin features a deep space vista enhanced by engraved textural details and full colour. Prominent design elements include the Eagle Nebula and its pillars of interstellar gas and dust, which are known as the Pillars of Creation. Also featured are the Moon, the Andromeda Galaxy (nearest to our own), and a blazing meteorite, enhanced by a genuine iron *meteorite fragment from the Campo del Cielo meteorite field. The commemorative years 1868 – 2018 are placed to the upper right edge with the denomination of 20 DOLLARS placed towards the lower left. 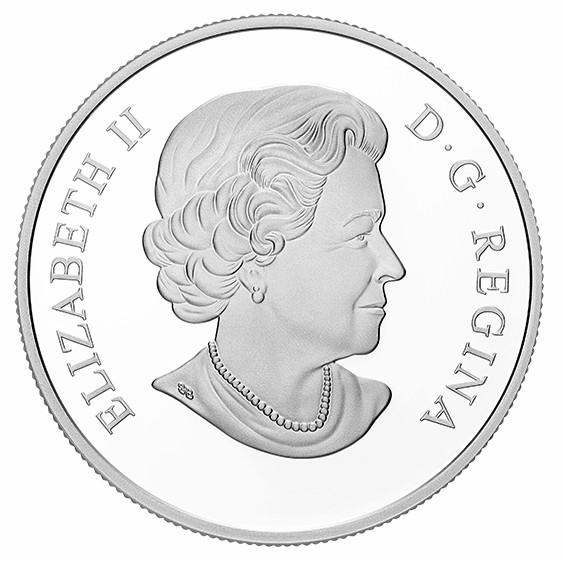 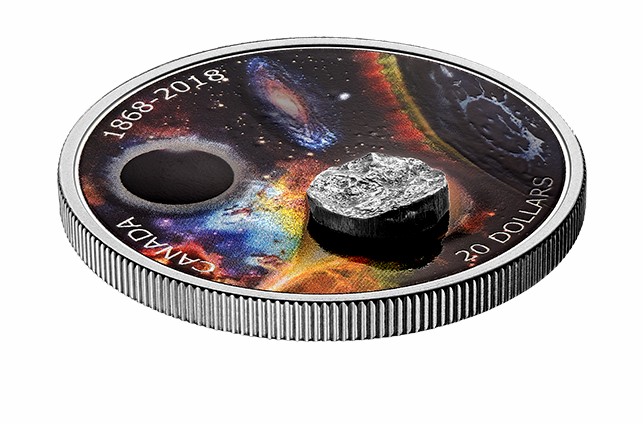 Front and centre on the coin is a genuine extra-terrestrial piece of our solar system which was sourced from the Campo del Cielo meteorite field in Argentina, where a large fragment was first documented in 1576. A polycrystalline coarse octahedrite, the IA iron meteorite was recovered from one of 26 impact craters formed roughly 4,500 years ago when a shower of metallic meteorites dispersed fragments across an area of roughly 320 square kilometres. The typical composition of a Campo del Cielo meteorite is 92.7% iron, 6.15% nickel, 0.42% cobalt, 0.37% carbon, and 0.28% phosphorus. 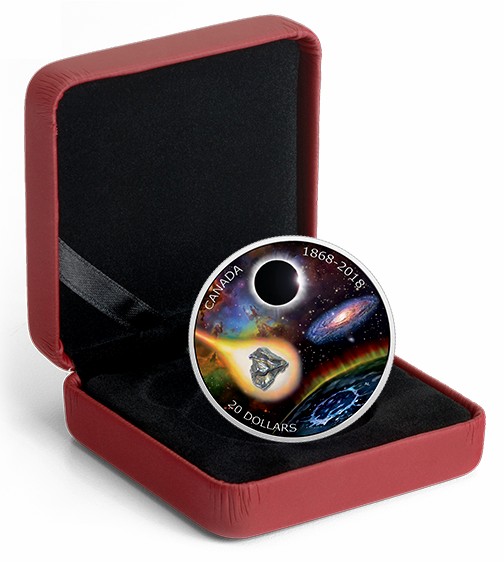 The Royal Astrological Society of Canada anniversary coin is available for purchase and is encapsulated and presented in a Royal Canadian Mint-branded maroon custom case, accompanied by a numbered certificate of authenticity. The RASC anniversary coin can be ordered by contacting the Mint at 1-800-267-1871 in Canada, 1-800-268-6468 in the US, or online. The coin will soon be available at the Royal Canadian Mint’s boutiques in Ottawa and Winnipeg, as well as through the Mint’s global network of dealers and distributors, including participating Canada Post outlets.

Canada: The splendour of rubies and diamonds set in a pure gold coin to create Tudor rose motif

Canada: Celebrating the wedding of Harry and Meghan with a new silver crown coin