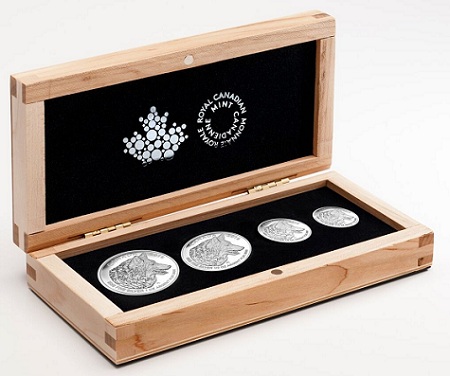 The Royal Canadian Mint has launched its latest four-coin silver fractional set. The 2016-dated release features the iconic Grey Wolf, or Canis lupus, and is part of a larger series focusing on Canadian wildlife.

The grey wolf, often referred to as a timber wolf, is a formidable hunter with keen senses and strong instincts that can be said to symbolize the ruggedness and strength associated with remote areas across Canada.

Although they are called grey wolves, these ancestors of domestic dogs actually range in color from brownish-grey, to all black or all white. Grey wolves are also the largest of all canines, at 2-to-3 feet at the shoulder and 4 ½ to 6 ½ feet in length, varying in weight from 55 to 130 lbs.

Grey wolves are social animals and their survival is dependent on living and hunting in packs, most of which consist of between 2 and 12 members. A typical pack is composed of an alpha male and an alpha female, their pups, and several subordinate or juvenile wolves. The pack members often exhibit close relationships and communicate with each other with a range of sounds, including barks, whines, growls, and of course their familiar and foreboding howls. 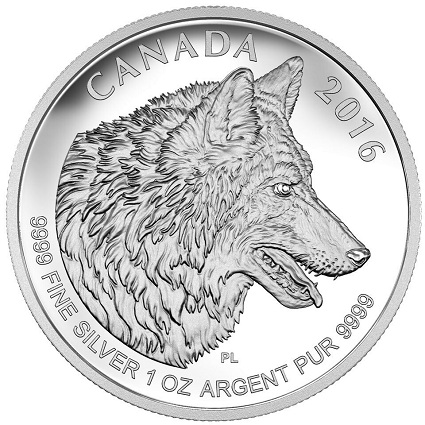 The coins, designed by artist Pierre Leduc, feature the same reverse image, along with the year of issue, its weight, and fineness. Using different finishes to enhance the expert engraving, the specialized minting process has rendered the lone grey wolf in fine detail.

The right-side profile emphasizes the textures on the wolf’s furry neck, its pointed ears, and its facial features. This intelligent animal has fixed its steely, determined gaze upon something in the distance, just beyond the reverse image field.  The wolf’s expression is determined as it stands with its tongue slightly protruding and its mouth open to reveal a row of teeth along its lower jaw. 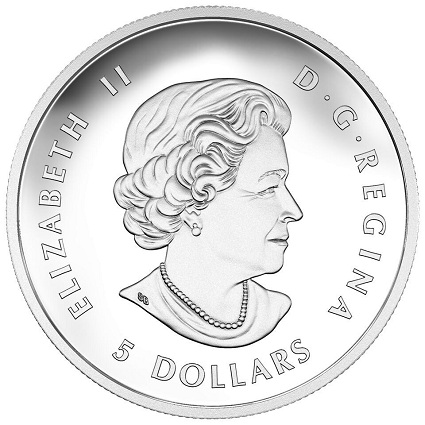 The obverse of each coin depicts the denomination and current definitive portrait of HM Queen Elizabeth II as designed by Canadian artist Susanna Blunt. This image has been used on all Canadian circulation coins and several commemorative issues since 2003. 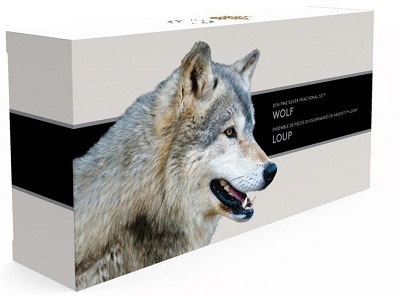 For more information on this and other coins on offer by the Royal Canadian Mint, please visit their Web site. Information is offered in English and French, with international orders dispatched where applicable.