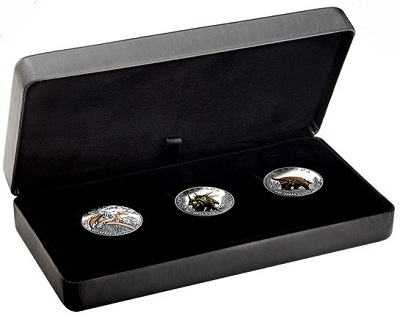 The Royal Canadian Mint has launched a new three-coin subscription series focusing on the prehistoric life that was once in abundance on the North American continent.

Millions of years ago, when the Rocky Mountains had barely begun to form and much of North America’s interior lay beneath a great sea, what is today the country of Canada was once the prehistoric home to a wide variety of dinosaurs. Some were small and swift, others were ferocious giants, and three of them will be featured on this series of fine silver colored coins, starting with Quetzalcoatlus, appropriately nick-named the terror of the sky.

The Quetzalcoatlus was named after the Aztec’s feathered-serpent god, Quetzalcoatl, by Douglas Lawson, who in 1971 first found the species’ remains at Big Bend National Park in Texas. During the Cretaceous period, the environment of Texas was that of a vast swamp. This swamp extended far into North America during this time, following the Western Interior Seaway up into present-day Canada and beyond. Fossils of related pterosaurs can be found in other areas of this prehistoric swamp, notably in Alberta, Canada. 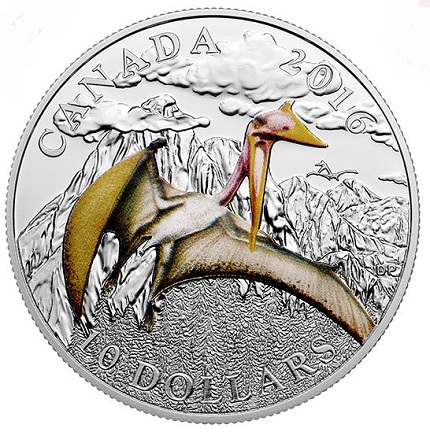 The first coin in this series is designed by Canadian artist Dino Pulerà and features an intricately engraved rendition of how a Quetzalcoatlus likely appeared. The depiction was reviewed for scientific accuracy by palaeontologist at the Royal Tyrrell Museum of Palaeontology.

The use of selective color brings this long-gone species to life in impressive detail; soaring with only an occasional flap of its wings, the large reptile keeps one wing bent towards the viewer while the left wing is outstretched. Its long, pointed beak is open wide, releasing a cry as it prepares to swoop down to find prey. 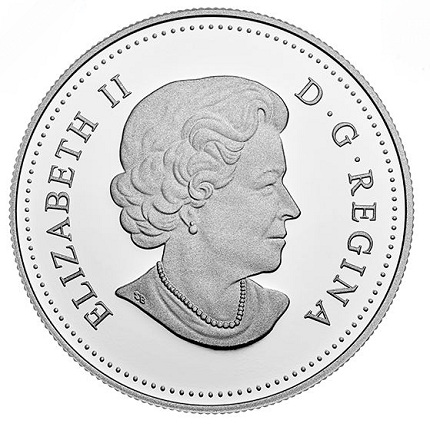 The obverse features the present effigy of Her Majesty Queen Elizabeth II by Susanna Blunt, which has been used on most Canadian coinage since 2002.

The coins are only available by subscription for Canadian and USA residents who will automatically receive all three coins in 2016. The “Terror of the Sky” coin launches the series, followed by the “Spiked Lizard” in April and the “Armoured Tank” in May. A complementary collector case to house the series is shipped with the third coin.

For more information on these and other coins offered by the Royal Canadian Mint, please visit their Web site.