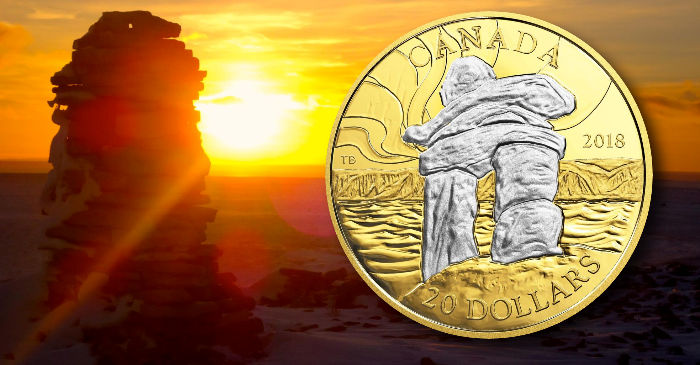 The Royal Canadian Mint have released a new silver coin which highlights one of the country’s more recognisable landmarks predominantly seen in the more northern locations of Canada, that of the Inuksuk. The rough-hewn elegance and spiritual meaning of the Inuksuk confirms its practicality as a navigational and communication tool for Arctic travellers. To the Inuit, it is regarded as a guide or warning to those who follow in their footsteps across the often-harsh northern landscape. To all Canadians coast to coast, it is a foremost symbol of the country’s spirit of community and friendship, even in times of adversity. Today, those who wish to leave a positive mark upon the landscape often turn to the Inuksuk, whose human-like shape with open arms makes it a beautiful, welcoming representation of Canada’s great northern spirit as well as an inspiring token with an underlying message that says “I was here,” and, “Welcome to my land.”

So highly regarded is this iconic landmark with its early ties to the First Nations of northern Canada that the Inuksuk was included on the design of the official provincial flag of Nunavut — which was proclaimed on the 1st April 1999. A red Inuksuk in front of a yellow and white background, a blue star which represents the Niqirtsuituq (the North Star), and the leadership of elders in the community has represented Canada’s newest province for almost 29 years. 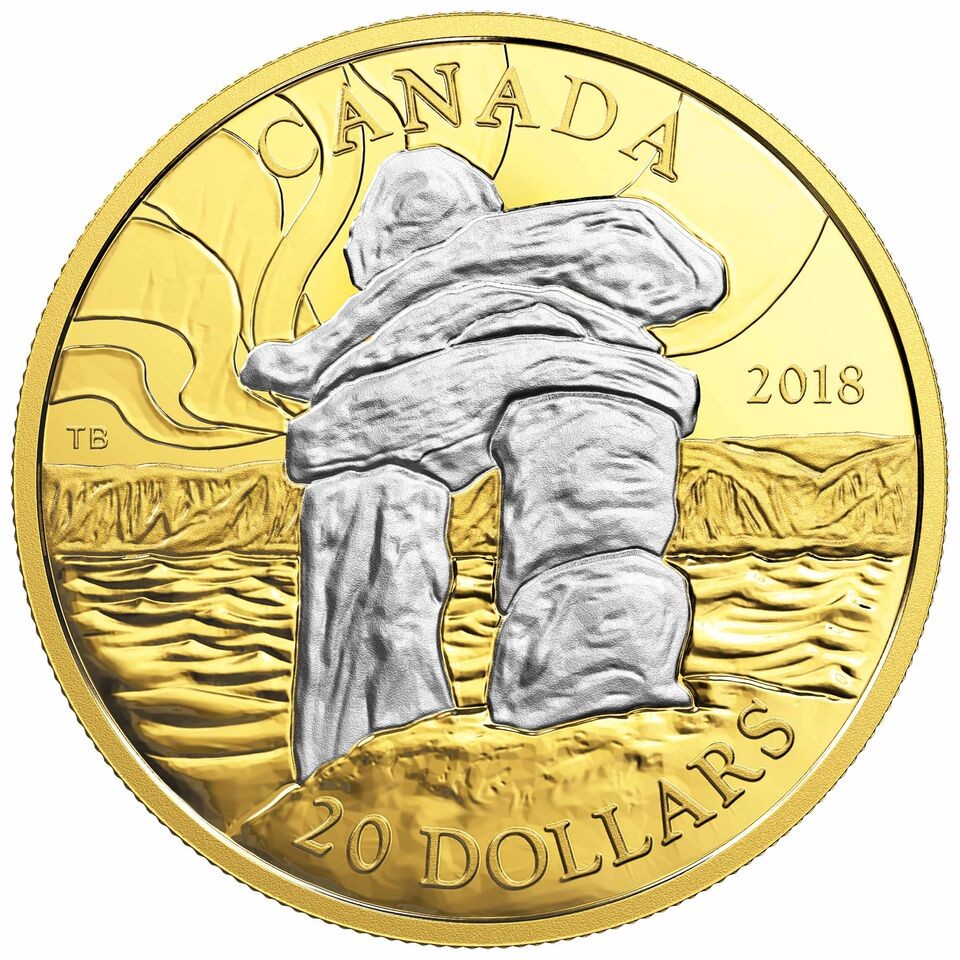 The coin is designed by Tony Bianco and captures both the practical and spiritual essence of a symbol of “the True North, strong and free.” Reverse gold plating fills the field and gives the coin its rich, golden hue, while precision engraving recreates the rocky northern landscape. At the centre, an Inuit stone marker rises up from a mound. The silver surface of the coin adds extra shine to this human-like landmark, which carries special significance as a communication tool in addition to being a hunting and navigational aid for the Inuit. Built from stacked stones of different sizes, this Inuksuk stands like the guardian of its northern lands, its open arms pointing the way to the north as the stylised aurora borealis (northern lights) dances overhead. The reverse includes the text CANADA, the year 2018, and the face value 20 DOLLARS. 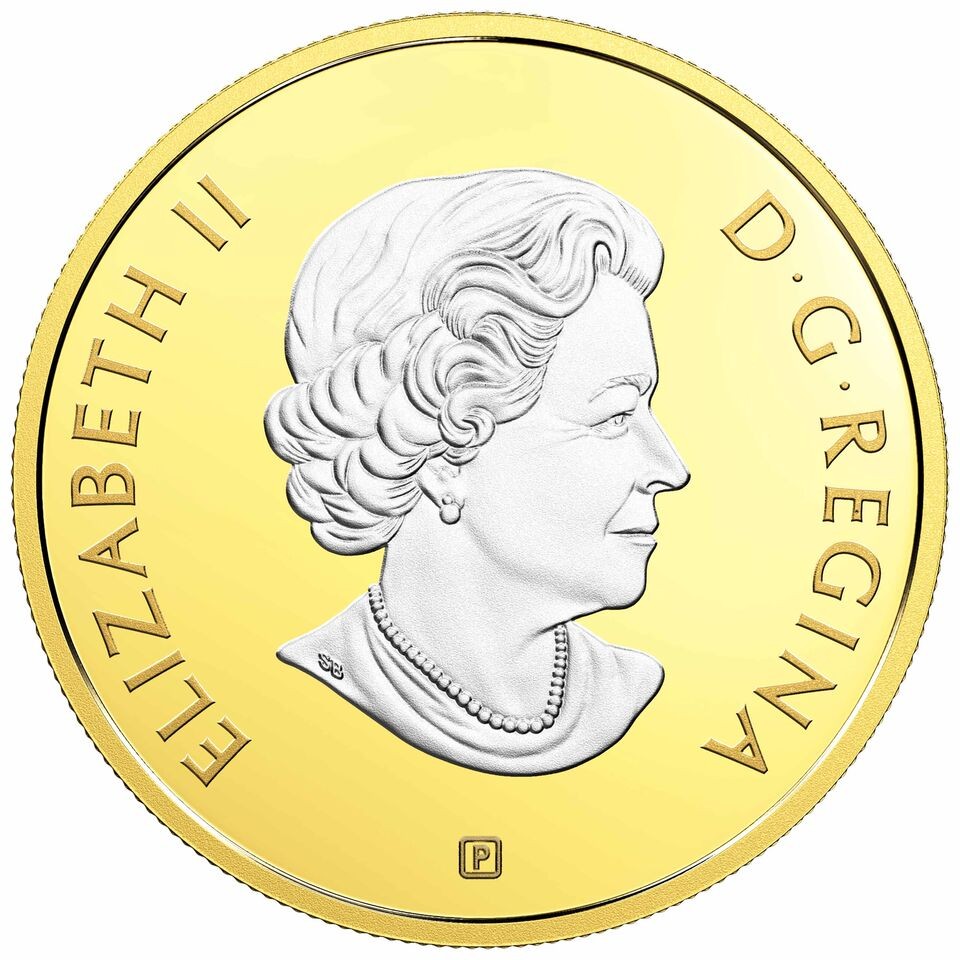 The gold-plated obverse features the effigy of Her Majesty Queen Elizabeth II, which is designed by Susanna Blunt and has been seen on all Canadian circulation and many commemorative coins since 2003. The gold-plated obverse shows the Queen’s effigy without gold-plating and includes an added P mark to indicate the plated nature of the coin. 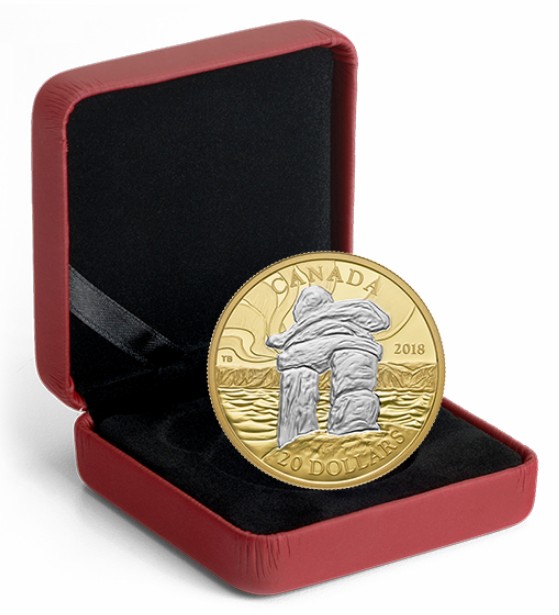