The Royal Canadian Mint have issued their latest 1/2-ounce silver coin, in celebration of the country’s 150th anniversary of Confederation (which officially occurred on July 1, 1867).

From coinage to the national flag, the maple leaf is woven into the very fabric of Canada’s history, reaching back to the 1700s. In 1858, when the first pennies were struck for the Province of Canada, maple leaves dominated the design. In 1920, an updated motif reduced the number of leaves from 16 to just 2, and in 1937, the maple twig made its debut on the coin. When the Dominion introduced new reverse designs for Canada’s circulation coins to reflect its growing sense of nationhood, it was considered a bold move—previously, the designs were created by the Royal Mint in London on behalf of the Canadian treasury.

The reverse design of this new collector coin will be very familiar to collectors of Canadian coins. Royal Canadian Mint engravers have meticulously reproduced George Kruger-Gray’s iconic Maple Leaf twig design, which appeared on the Canadian cent from 1937 to 2012 (when the one-cent coin was retired from general circulation). During this time-frame, the only year in which the Maple Leaf design did not appear on the coin was 1967, when the centennial issue was produced. 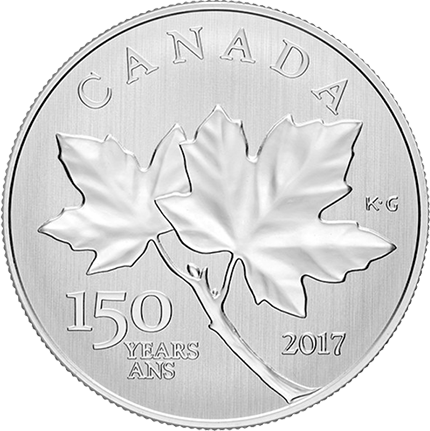 The reverse of the coin features a maple twig with two leaves, the larger leaf on the right slightly overlapping the other. Below the leaves is a commemorative inscription reading, in three lines, 150 / YEARS / ANS, which is unique to this coin. 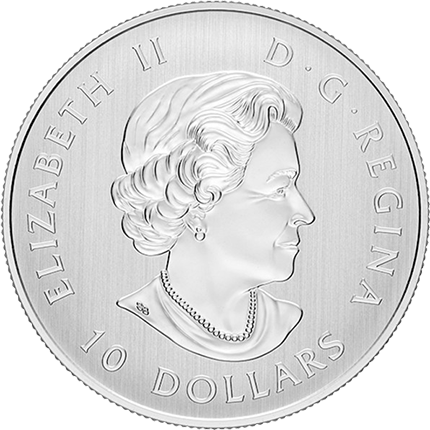 The obverse includes Susanna Blunt’s effigy of HM Queen Elizabeth II, which has been included on all circulation coins and many commemorative and collector coins since 2003. The denomination of 10 DOLLARS is shown below the portrait.

The coin is presented in a custom branded case and cover box with certificate of authenticity. 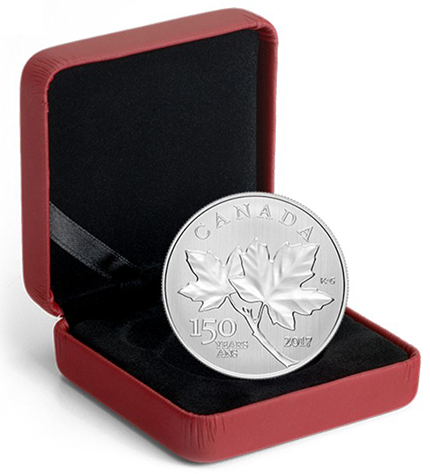 Canada’s national government has planned many events throughout the year to celebrate the Confederation anniversary, and the Royal Canadian Mint will likewise be issuing many collector-coin options during 2017 in celebration. For additional information on this and other coins offered by the Royal Canadian Mint, please visit their website.   ❑