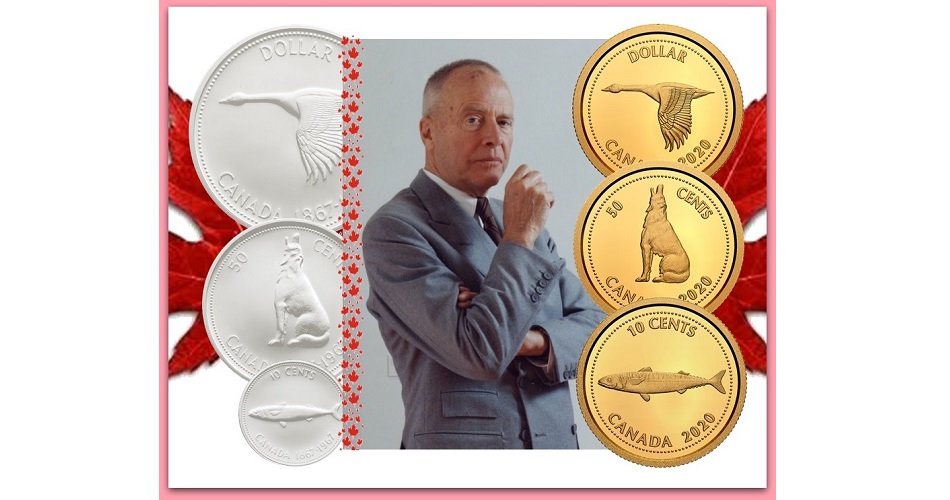 The Royal Canadian Mint has launched a six-coin set produced in gold in tribute to one of Canada’s eminent medallist and artist Alex Coleville (1920–2013). It was his legendary Centennial of Confederation coin designs issued in 1967 which became a favourite with coin collectors and gained him further acclaim. Featuring some of the country’s well-known wildlife depicted on the reverse of all six circulating denominations, the detailed images on a simple plain field gained praise and admiration for their uncomplicated and sleek designs.

Initially, the competition to re-design a commemorative set of coins was launched in 1964, but no clear set of designs was favoured by the Royal Canadian Mint’s panel of judges. In 1965, Coleville was asked by the government of Canada to submit a series of designs for coins commemorating Canada’s centennial year. Coleville’s designs were finally chosen by the panel, and in April 1966, he was announced as the winner of the commission with a cash prize of 2,500 dollars. Redefining the look of Canada’s coinage for one year, he chose the theme of wildlife and then assembled a selection which in their own way, poignantly represented North America’s most northern country. Animals in flight, in the sea and on land were chosen. As such the rock dove appeared on the one-cent coin, the rabbit on the five-cent coin, the mackerel on the 10-cent coin, the bobcat on the 25-cent coin, the wolf on the 50-cent coin and finally the Canadian goose was chosen for the silver dollar.

The dual-dated coins were produced for general circulation, in Brilliant Uncirculated and Proof quality for collectors, and the Proof set was accompanied with a $20 gold piece depicting the Canadian crest on the reverse. All coins included the Arnold Machin effigy of HM Queen Elizabeth II introduced two years earlier and were also eagerly collected south of Canada’s border with many Americans ultimately adding these new coins to their collections in more numbers than Canadians. In 2012, The Canadian Design Resource declared the 1967 Centennial coins to be among the all-time best Canadian designs and in 2017, on the occasion of Canada’s 150th anniversary of confederation, the Royal Canadian Mint re-issued these now-iconic designs as a new collector’s set with new dual-dating years of 1867 – 2017.

For his exceptional work with the Confederation Centennial commemorative coins, Alex Coleville was named an Officer in the Order of Canada in 1967, and for his life’s contribution in the field of art, he was named a Companion of the Order of Canada in 1982. Alex Coleville died at his home in Wolfville, Nova Scotia, on the 16th July 2013. He was 96 years old. 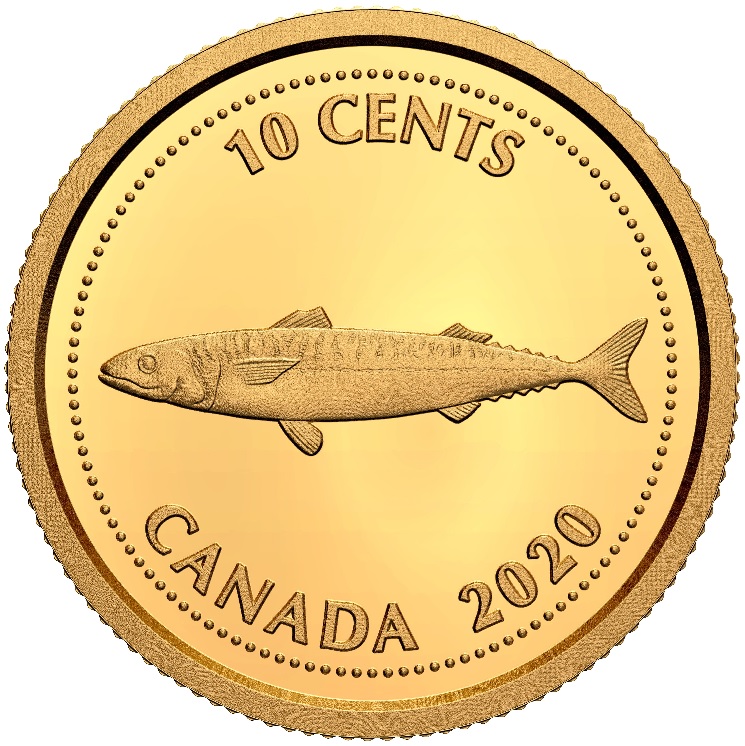 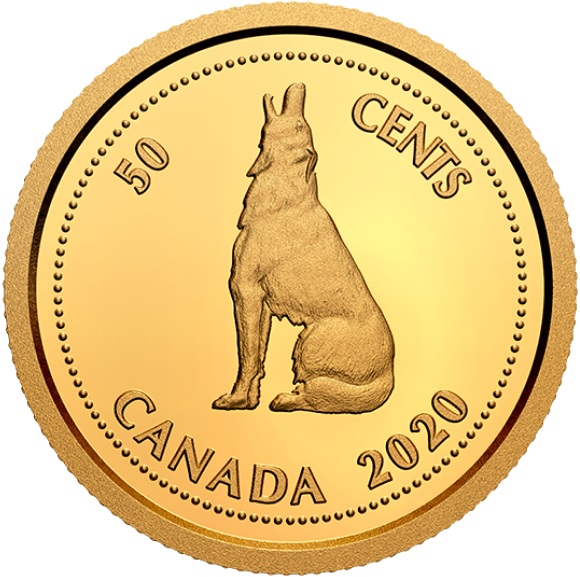 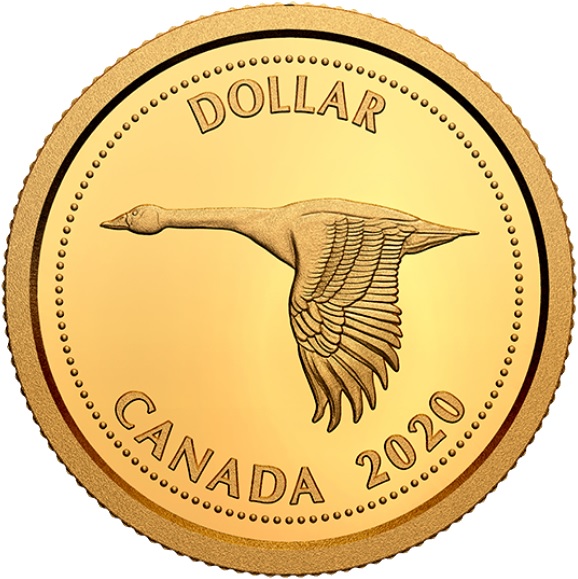 As a tribute to the centenary birthday of Alex Coleville, his iconic designs are being re-struck in gold, which is the first time these designs have been minted in this metal. All six designs are included, beginning with the dollar, 50-cent, and 10-cent designs. Each is faithfully recreated as they were first minted in 1967. Below each design is the text CANADA 2020. Above is the denomination of DOLLAR, 50 CENTS, or 10 CENTS. 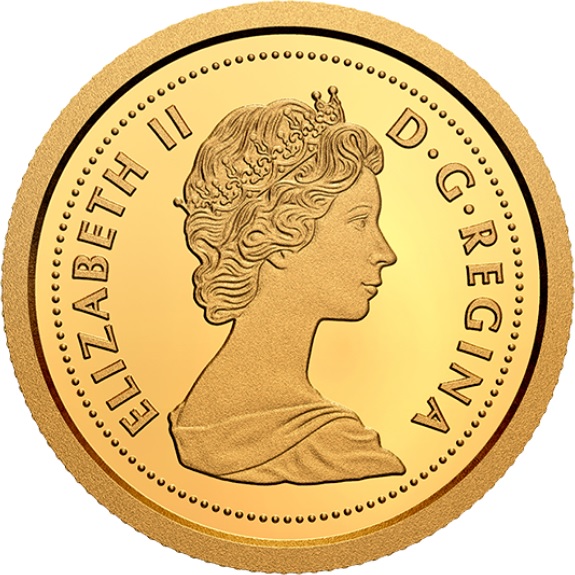 In keeping with their era, the original effigy of HM Queen Elizabeth II created by British sculptor Arnold Machin is shown on the obverse. 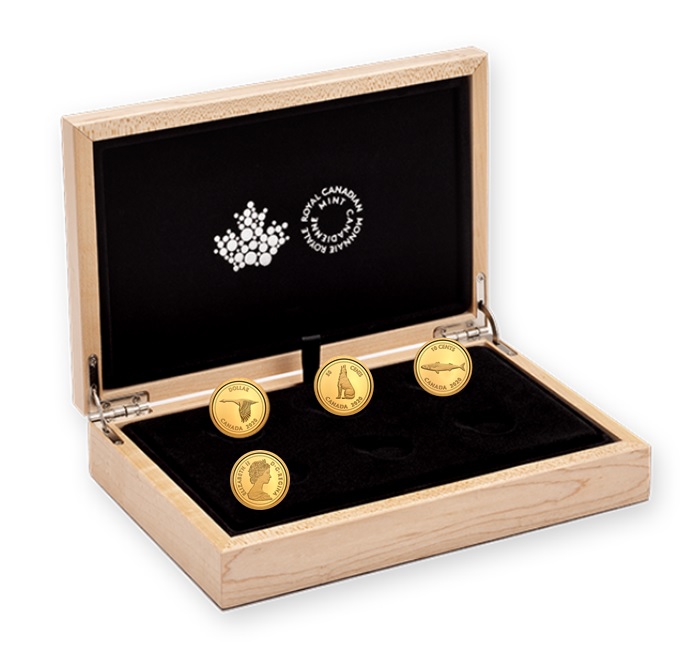 The coins are part of a six-coin set; the remaining three coins will be released in December 2020 and January 2021. The coins are available as a subscription, a complimentary maplewood collector’s case is also available and dispatched with the first coin when purchased as a subscription. For additional information about this series and other coins offered by the Royal Canadian Mint, please visit their website.