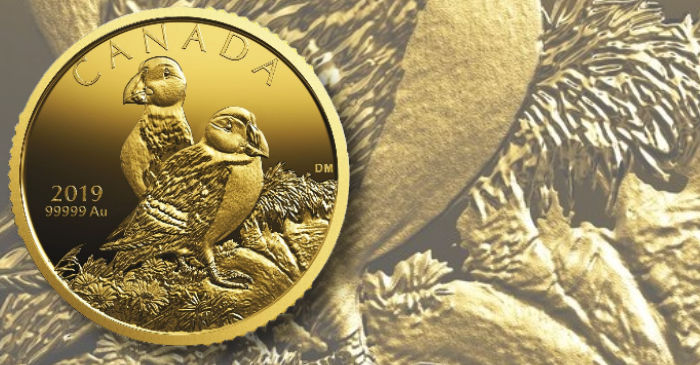 The Royal Canadian Mint has released new gold Proof collector coins that focus on some of Canada’s indigenous wildlife prevalent along the coasts of Canada’s Maritime provinces. A native of much of the Atlantic’s northern coastline, the Atlantic puffin, or Fratercula arctica, spends much of its time at sea. Its unique appearance and colourful features have made it one of Canada’s most beloved seabirds, which is also the official bird of the province of Newfoundland and Labrador.

A curious-looking bird, the puffin’s penguin-like appearance changes dramatically between breeding and non-breeding seasons. For instance, in the winter, its beak is a dull grey to match the dreary winter, but during the spring, it seems to burst with colour so dramatically that in the past this metamorphosis led many observers to think they were two different species.

Unlike penguins, the puffin might have wings enabling them to fly, but they are essentially horrible at utilising this ability since its wings need to flap up to 400 beats per minute just to stay in the air. Possessing a more comedic trait, they’re also known for crash-landing more often than not and will easily knock over other puffins that might be standing in their landing path.

However, in the water, they’re strong swimmers and appear to be more adept in this environment making good use of their webbed feet which act like rudders. Remarkably, they can dive to a depth of 61 metres (200 feet) and can hold their breath for up to one minute underwater. They are also expert fishers, as a puffin will dive into the water and scoop out as many fish as it can in one take, usually grabbing an average of 10 fish at a time, but it’s been known to net up to 60 in a single dive. 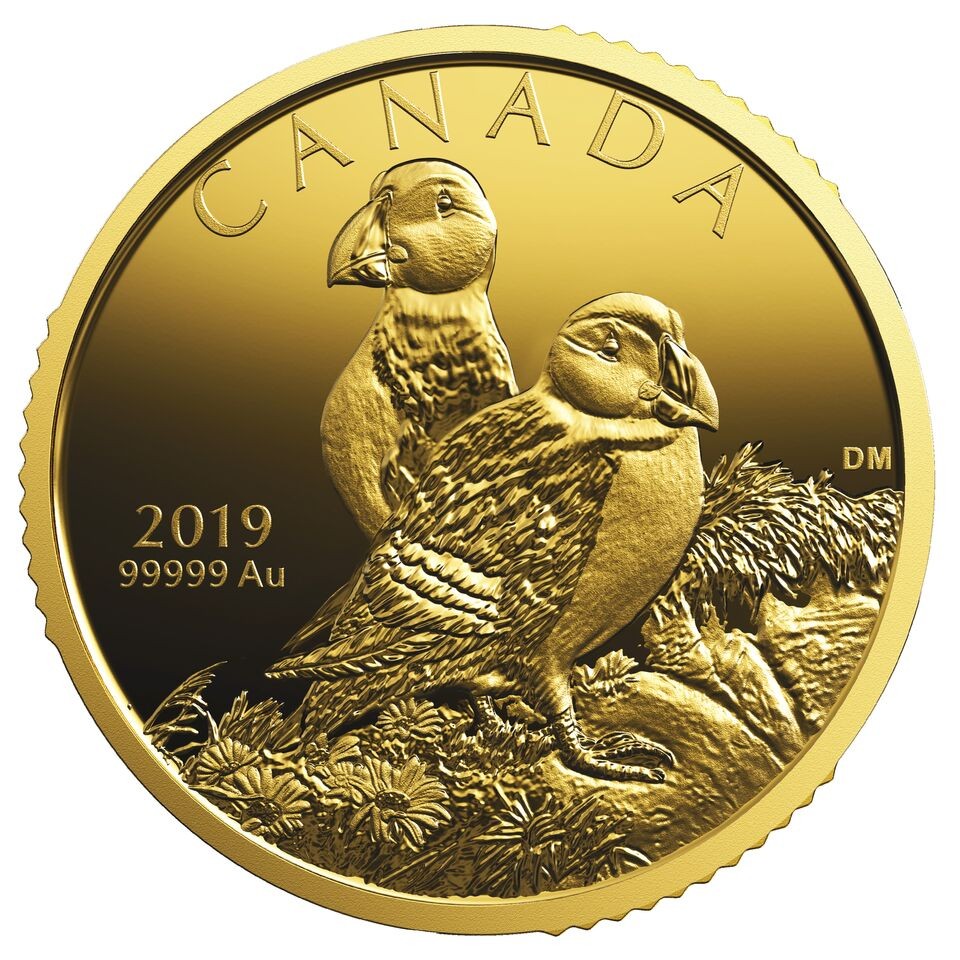 These 2019-dated coins are designed by Canadian artist Denis Mayer Jr. and feature two puffins along the shores of the Atlantic Ocean, both standing side-by-side on top of rocks with lichens and daisy flowers in the background. The year 2019 is indicated on the left side, along with the purity of 99999 Au, which is seen below the year and next to the adult puffin. Above the primary design is the text CANADA on the coin’s reverse with the artist’s initials DM placed to the right edge of the design. 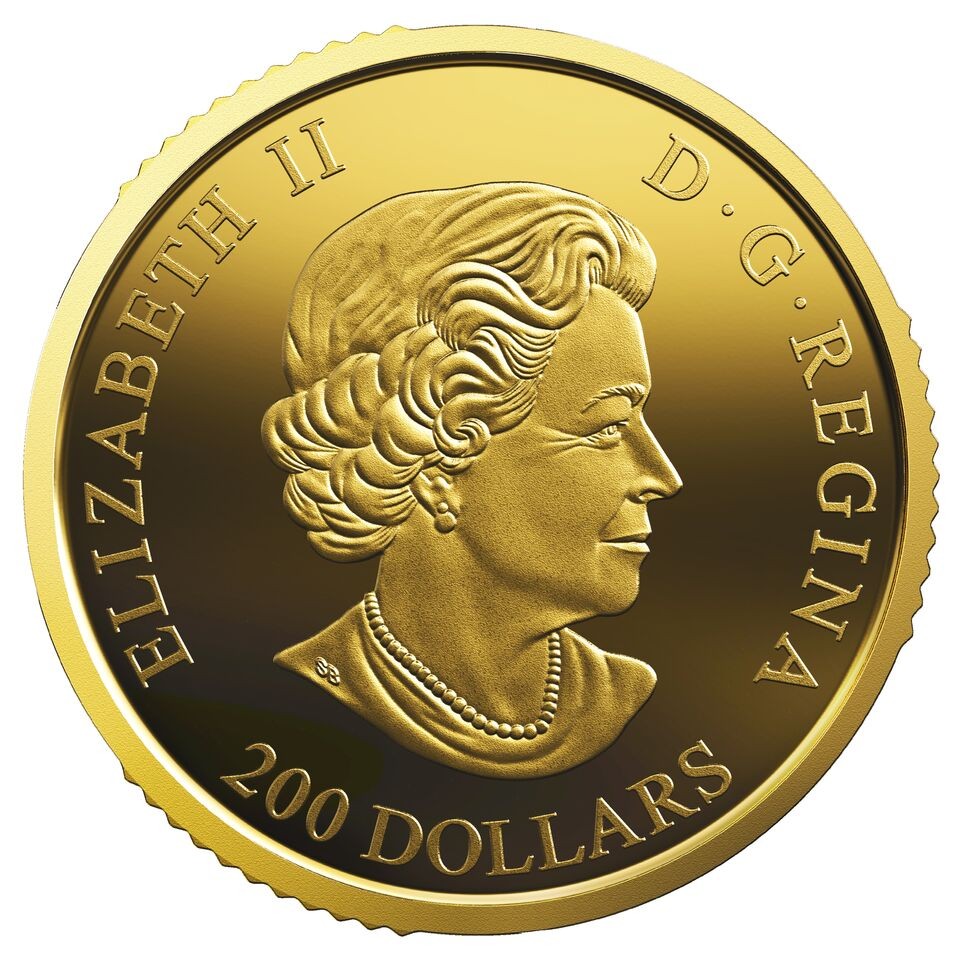 The obverse features the effigy of Her Majesty Queen Elizabeth II created by Susanna Blunt and has been seen on all Canadian circulation and many commemorative coins since 2003. The denomination of 200 DOLLARS is placed below the Queen’s likeness. The edge is minted using an interrupted serration option. 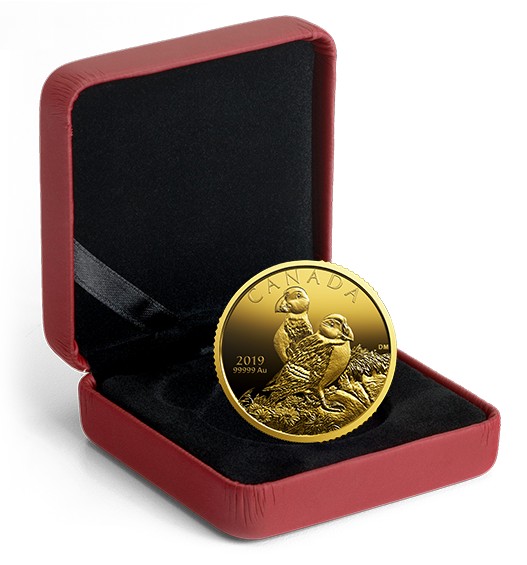 Each coin is individually encapsulated and presented in a custom Royal Canadian Mint-branded case, accompanied by a certificate of authenticity. For additional information about these coins and others available from the Royal Canadian Mint, please visit their website.