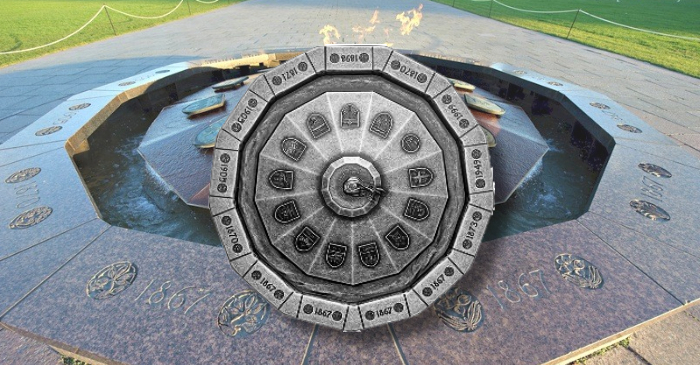 The Royal Canadian Mint has released new double crown-size coins that have replicated one of Canada’s most iconic landmarks, the Centennial Flame, which is located on Parliament Hill in the capital city of Ottawa. Inaugurated by Prime Minister Lester B. Pearson, who first lit the flame on the 31st December 1966, the the-then 12-sided Centennial Flame monument was intended to be a temporary installation for Canadian centennial celebrations in 1967. However, by popular demand, it became a permanent addition to the public grounds of the Parliament Buildings in Ottawa. The flame and fountain are fueled by natural gas, and the heat from the flame keeps the waters flowing even on the coldest of winter days. The eternal flame hasn’t always burned, as it has been extinguished on a number of occasions, largely for maintenance work. In 2017, the 12-sided fountain was updated when it became 13 with the addition of a new panel representing Nunavut, which entered Confederation on the 1st April 1999 — three decades after the fountain was originally built. Visitors will often make a wish and throw a coin into the fountain for luck. These coins help fund disability research as the coins tossed into the fountain are regularly collected and put towards the annual Centennial Flame Research Award. 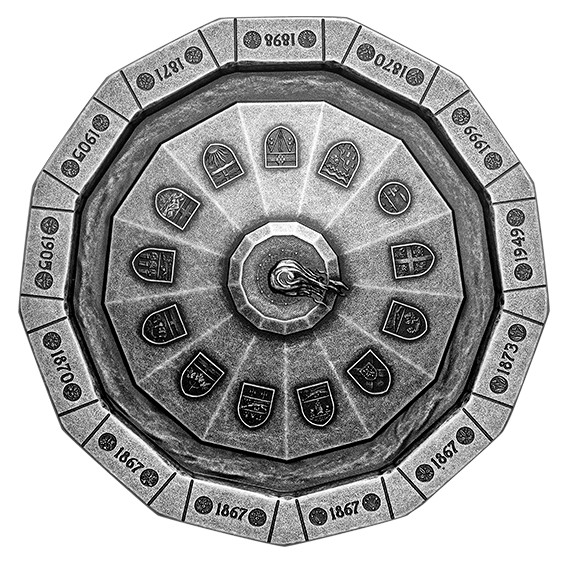 The 13-sided (or tridecagon-shaped) coin depicting the Centennial Flame monument, whose realistic rendering was made possible by a dramatic variation in relief height. By adding incredible depth to our latest engineering marvel, the deep sunk basin gives these coins a minimum thickness of 1.51 millimetres (0.059 inches), which soars to 5.05 millimetres (0.198 inches) when measured from the tip of the engraved flame. The reverse of these new double crowns includes an impressive engraved flame which tops this small-scale replica of the Centennial Flame monument on Parliament Hill in Ottawa. The 13-sided fountain consists of one panel for every Canadian province and territory, which are represented by their armorial bearings. 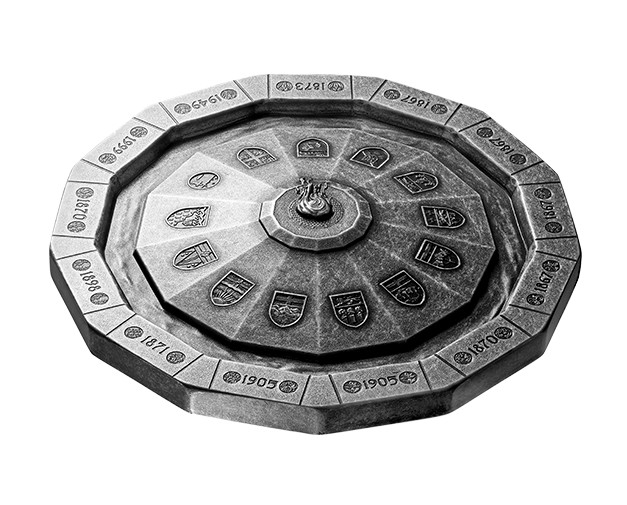 On the edge of the fountain basin, the province or territory’s floral emblem frames its date of entry into Canada’s Confederation, which was officiated in 1867. An Antique finish adds a weathered look that emphasises the deep sunk relief. 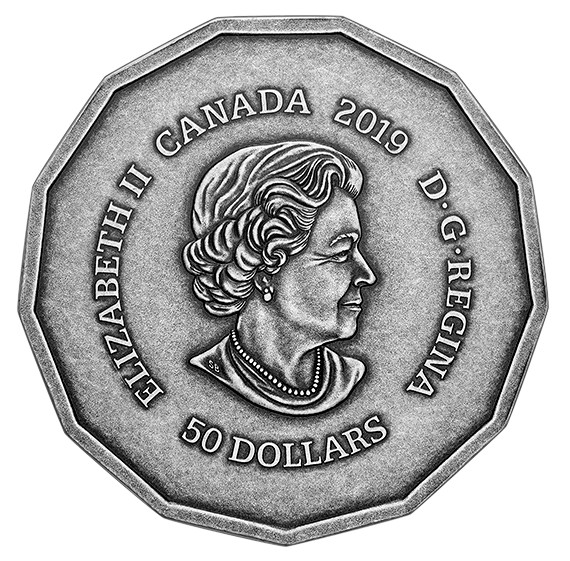 The obverse features the effigy of Her Majesty Queen Elizabeth II designed by artist Susanna Blunt and has been seen on all circulation and many commemorative Canadian coins since 2003. The denomination of 50 DOLLARS is placed under the Queen’s likeness. 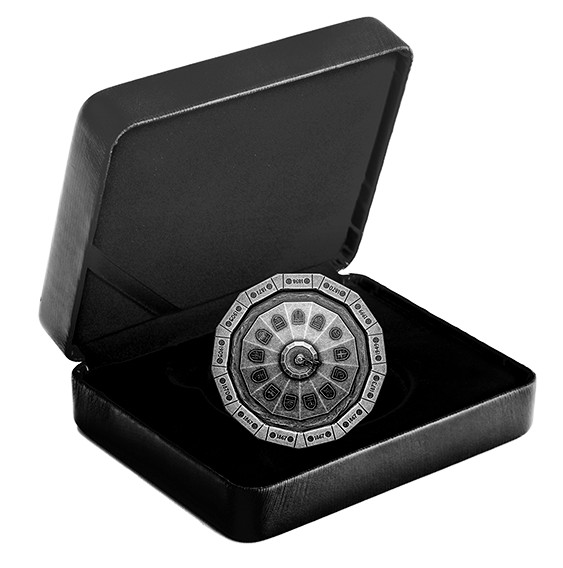 Each coin is specially encapsulated to accommodate its larger diameter and distinct shape and is presented in a Royal Canadian Mint-branded presentation case, accompanied by a certificate of authenticity, complete with a black outer protective box. For additional information about this coin and others offered by the Royal Canadian Mint, please visit their website.