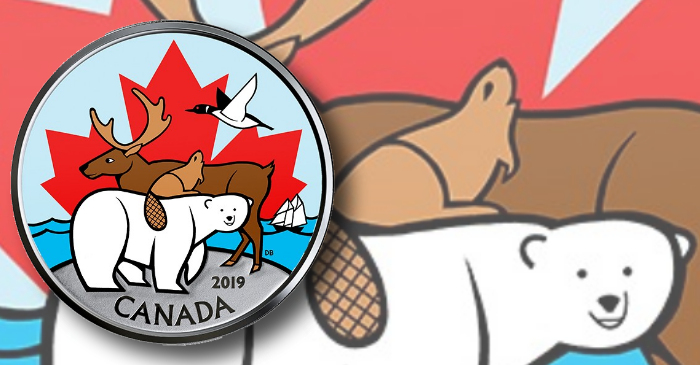 The Royal Canadian Mint has released new mint sets which include a special coin in tribute to the iconic reverse designs seen on the reverse side of circulation coins. Without a doubt, the reverse side designs are Canada’s coin superstars. The beaver, Bluenose, and caribou have been included on Canadian coinage since 1937, while the loon was first seen in 1987 and the polar bear was included in 1996. Now, all these elements are brought together on one single coin.

As these are the images that are usually a constant on everyday coins, on occasion, the Royal Canadian Mint will issue commemorative versions on the 25 and 50-cent denominations, as well as the $1 and $2 coins, but Canada’s coin “friends” never stay away for long. The nation’s circulation superstars are brought together in this set, which includes an Uncirculated coin of every current denomination for 2019: Five cents, 10 cents, 25 cents, one dollar, and two dollars. There is one more piece that brings together all of the representations seen on the coins, which are gathered and sent on an adventure to discover Canada. The colour image shows them looking in multiple directions, while the maple leaf stands tall in the background. When the coin is viewed in the dark, that same sky is lit up by the Northern Lights, with the proud maple leaf from the daytime still visible. 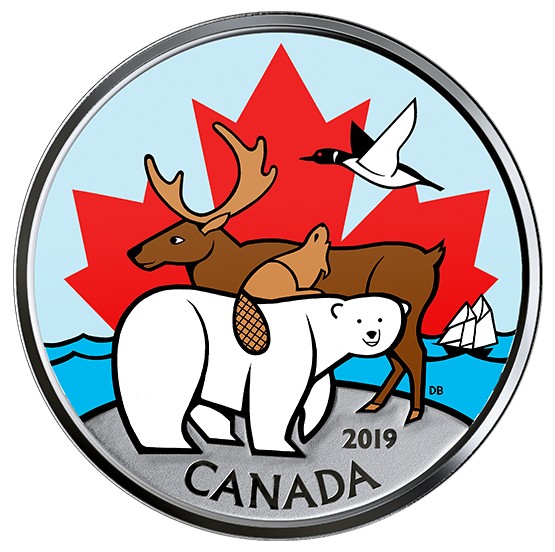 The coin set is aimed primarily towards a younger demographic, but as the set includes a special 50-cent colour and Proof commemorative, it’s likely to appeal to all collectors. The engraved 50-cent coin features bright colours and a creative art style. Designed by Darren Booth, the reverse features Canada’s classic circulation designs re-imagined in a more contemporary style. The 25-cent’s caribou is displayed alongside the two-dollar coin’s polar bear, which stands at the edge of an ice flow. The dollar coin loon flies across the blue sky, while the 10-cent’s Bluenose sails the sea, and the five-cent beaver looks up at the large red maple leaf. When the glow-in-the-dark feature is activated, the characters all become silhouettes against the night sky, where the maple leaf is faintly visible against the glowing aurora borealis. The reverse includes the engraved word, CANADA, and the date, 2019. 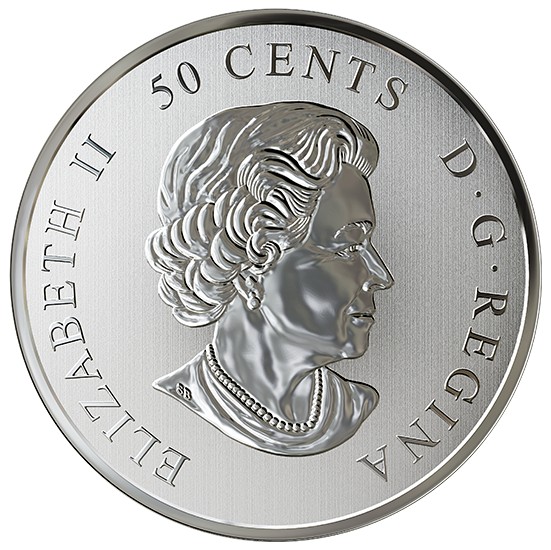 The obverse of all coins included in the set features the effigy of Her Majesty Queen Elizabeth II by Susanna Blunt. The coin set is packaged together in a special maple leaf-themed presentation card that’s ready for display. Simply fold the support flaps on the back, and the card becomes an easel for displaying the full set. 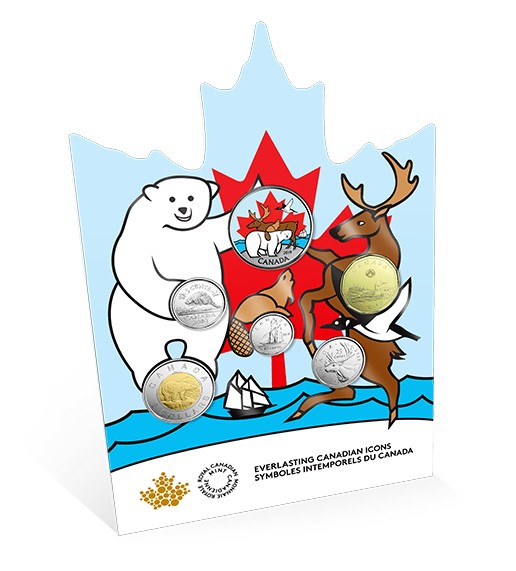 For additional information about this set and other coins available from the Royal Canadian Mint, please visit their website.

Canada: Imaginative silver coin celebrates the 60th anniversary of the inauguration of the St. Lawrence Seaway