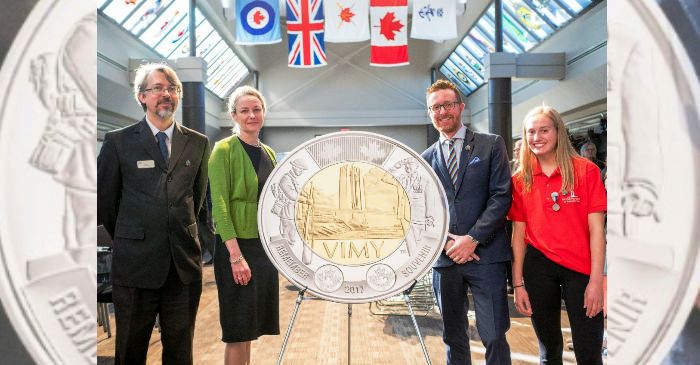 The Royal Canadian Mint has issued (5th October) a $2 commemorative circulation coin honouring the brave Canadians who fought at the Battle of Vimy Ridge 100 years ago and paved the way to the Allied victory which ended the First World War. This special circulation coin was specially unveiled at the Military Museums in Calgary.

One hundred years ago, the four divisions of the Canadian Corps fought as one for the first time at the Battle of Vimy Ridge, and through ingenuity, bravery, and sacrifice, they achieved one of the most decisive and pivotal victories of the First World War.

Attending the unveiling of this new commemorative coin was the honourable Bill Morneau, minister of finance, who in his opening comments reminded those in attendance that “Canadians should never forget how our nation’s soldiers came together to stand for freedom and democracy at Vimy Ridge and their story will continue to be heard thanks to the Royal Canadian Mint’s newest commemorative circulation coin.”

Also in attendance at the coin’s introduction was Sandra Hanington, president and CEO of the Royal Canadian Mint, who commented, “The Mint is proud to continue the long-standing tradition of crafting coins which honour the sacrifices of Canadians in wartime by launching a $2 circulation coin commemorating the 100th anniversary of the Battle of Vimy Ridge.” 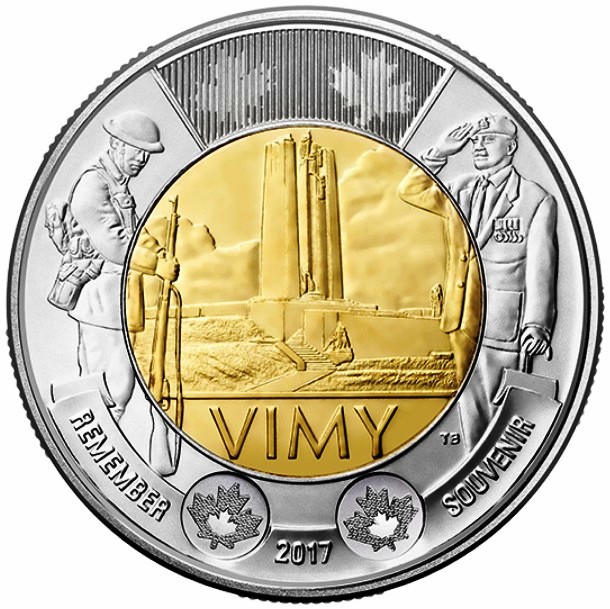 The bi-metallic $2 circulation-type coin is designed by Canadian artist Tony Bianco. The reverse of this commemorative coin depicts the Vimy Memorial, flanked by a First World War soldier and a contemporary veteran. Appearing beneath the image of the memorial, the word VIMY is engraved between the soldier and veteran. 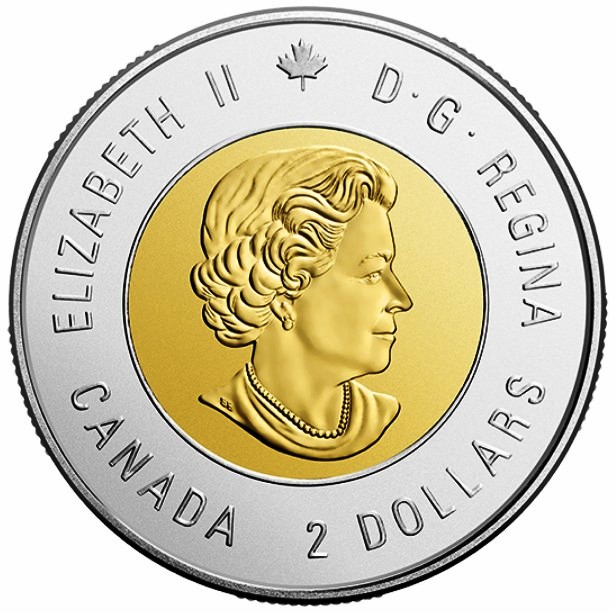 The obverse features the effigy of Her Majesty Queen Elizabeth II, designed by Canadian artist Susanna Blunt and depicted on all Canadian circulation and many commemorative coins since 2003.

With a a limited mintage of 5 million, the $2 circulation coin commemorating the 100th anniversary of the Battle of Vimy Ridge is now in general circulation and will be available through public coin exchanges at the Mint’s boutiques, or through an online coin exchange (limited to Canada only). For international collectors, please visit here. 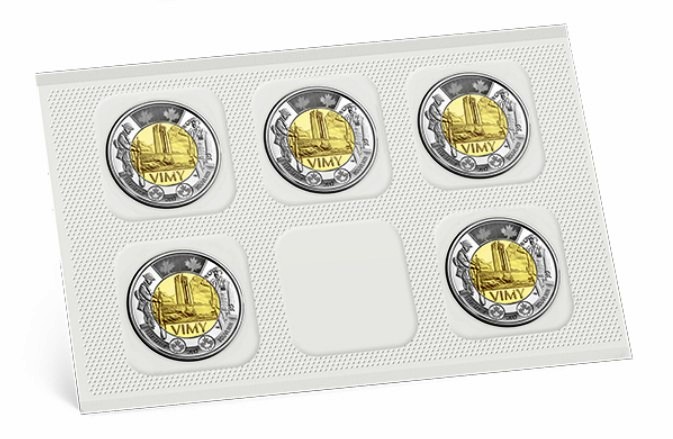 Aside from the $2 bi-metallic circulation-type coin, the Royal Canadian Mint is adding to the historic commemoration of Vimy Ridge by offering two new additional collector products. The first is a special wrap roll of 25 two-dollar circulation coins featuring the same artwork found on the reverse of the coins. The mint has also issued a 1/4-ounce fine silver collector coin with a $3 denomination, designed by Canadian artist Laurie McGaw. It features a front-facing view of the iconic sculpture Canada Bereft, which is prominently featured at the Canadian National Vimy Memorial, depicted further in the distance.