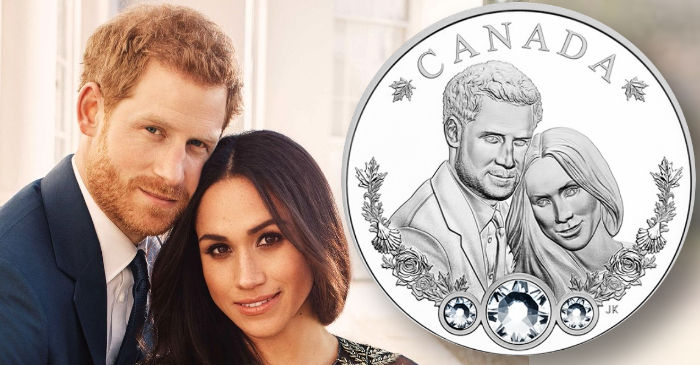 The Royal Canadian Mint has unveiled (9th May) the design for their latest collector coin which is issued in celebration of the wedding of Britain’s Prince Henry (or “Harry” as is known to the world) and his fiancé Ms. Meghan Markle. The coin will be especially pertinent to Ms. Markle and Canadians as it was in Toronto, Canada, where Meghan lived for several years while she filmed the television series Suits, a legal drama set in New York City in which she played a leading role from 2011 until her last episode which was filmed towards the end of 2017.

The design was unveiled in Toronto by Royal Canadian Mint CEO Sandra Hanington at the offices of the Centre for Addiction and Mental Health (CAMH), as the charity is dear to Prince Harry and his elder brother, the Duke of Cambridge. They chose to highlight the need for all people, especially younger members of society, to talk about mental health and to seek help when necessary. 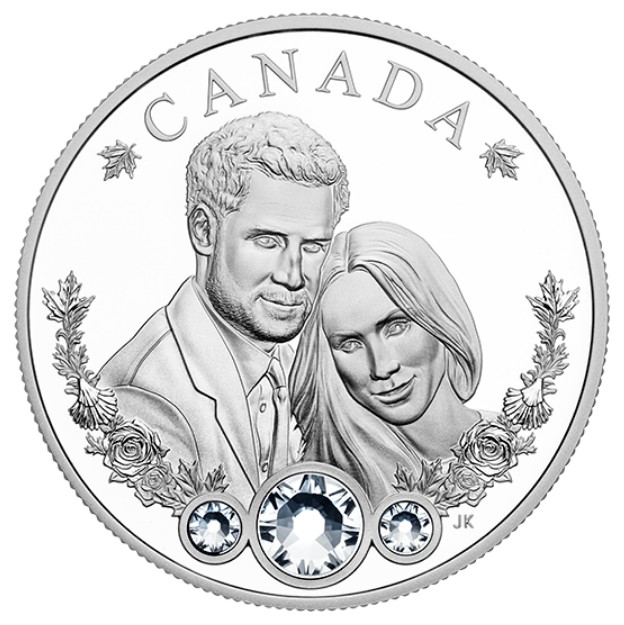 In a befitting touch to this special Royal Wedding coin, a trio of sparkling Swarovski crystals have been incorporated into the reverse design, recreating the engagement ring designed by the Prince himself, who chose beautiful small diamonds from the personal collection of his late mother, Diana, Princess of Wales. Designed by Canadian artist Joel Kimmel, this latest coin commemorates the wedding of Prince Harry and Meghan Markle that will take place on the 19th May at St. Georges Chapel in Windsor, England, with a finely engraved representation which is inspired by the official engagement portrait of the royal couple-to-be. This depiction is exquisitely edged with Canadian maple leaves intertwined with roses and escallop shells from Prince Harry’s coat of arms. Three genuine Swarovski crystals edge the loving portrait as a symbolic representation of the three-stone diamond engagement ring presented to Markle by the Prince on the day of their engagement. 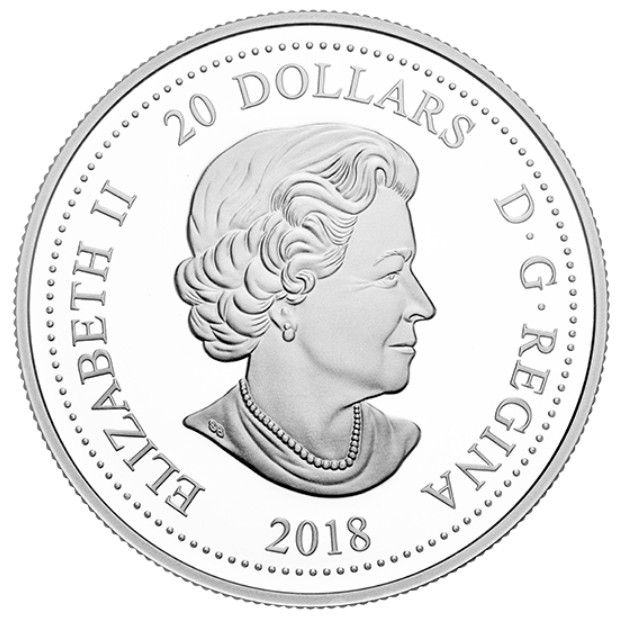 The obverse features the effigy of Her Majesty Queen Elizabeth II, which was created by Susanna Blunt, and has been used on all Canadian circulation and many commemorative coins since 2003. 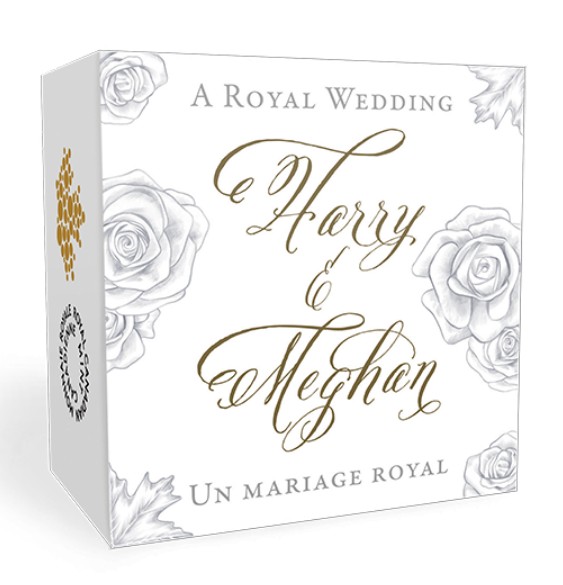