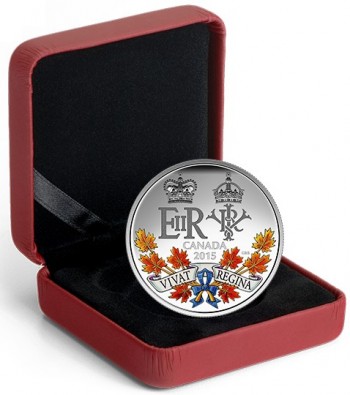 Not since Queen Victoria, who died in 1901 after a reign of 63 years and 216 days, have we witnessed such a reign as long and eventful as our present Queen’s. On the September 9, Queen Elizabeth II surpassed that extraordinary milestone to become the longest serving British and Commonwealth head of state. At the age of just 25, Princess Elizabeth, Duchess of Edinburgh, succeeded her ailing father King George VI on February 6, 1952 as British and Commonwealth sovereign. Her magnificent coronation in 1953, with all its traditions and pageantry, confirmed the Queen as indisputable sovereign of the realm.

Upon succeeding to the British throne, Elizabeth II also became Canada’s sovereign. The Canadian government specifically recognized the Queen of Great Britain as Queen of Canada in 1953, when The Royal Style and Titles Act formally conferred the title upon her. She was the first British monarch to be recognized as such. In this regard, the Queen’s official title whilst on Canadian soil is:

Elizabeth the Second, by the Grace of God of the United Kingdom, Canada and Her other Realms and Territories Queen, Head of the Commonwealth, Defender of the Faith

Princess Elizabeth and her husband first toured Canada while representing her father, the King, in 1951. Queen Elizabeth II has visited Canada no fewer than twenty-five times, sometimes returning twice in one year. The Queen has visited Canada more times than any other country within the Commonwealth. Aside from opening some of the Parliamentary sessions, notable occasions included the Canadian Centennial celebrations in 1967, as well as the opening of the Montreal Summer Olympic Games in 1976 and the return of Canada’s constitution to Canadian soil in 1982. Her most recent visit was in 2010 on the occasion of Canada Day, held on July 1. This visit was considered by many royal watchers to be the Queen’s last visit to Canada, due to the length of flights traveling there from Great Britain.

Throughout these last six decades, the Queen has remained immensely popular with Canadians, a symbol of tradition, continuity, service, dedication, and stability. Canada and the whole of the Commonwealth enthusiastically celebrate this occasion with the issue of a colorized Proof silver coin and a gold ounce coin with inspirational and wholly Canadian emblems on the reverses. Both designs are the work of Canadian artist Cathy Bursey Sabourin.

20 Dollars: The reverse design features two cyphers sitting above a wreath of maple leaves that have a motto ribbon incorporated into the design. On the upper left is the cypher used by Her Majesty Queen Elizabeth II, and on the upper right is a cypher that was used by Queen Victoria. Each cypher is ensigned with a crown. Each crown is depicted in a style specifically used by each monarch. The motto ribbon, woven into the wreath, is inscribed with the Latin words “VIVAT REGINA”, which means “LONG LIVE THE QUEEN”.

200 Dollars: The reverse design features the cyphers superimposed on a maple leaf. The cypher for Queen Elizabeth II is on the left and the one for Queen Victoria is on the right. The design is ensigned by the St. Edward’s crown, which is the style of royal crown used by Queen Elizabeth II.

The obverse side of both coins includes the effigy created by Susanna Blunt and used on all circulation and most commemorative coins since 2002.

For more information on this and other coins offered by the Royal Canadian Mint, please visit their Web site. Information offered is in English and French, with international orders dispatched where applicable.