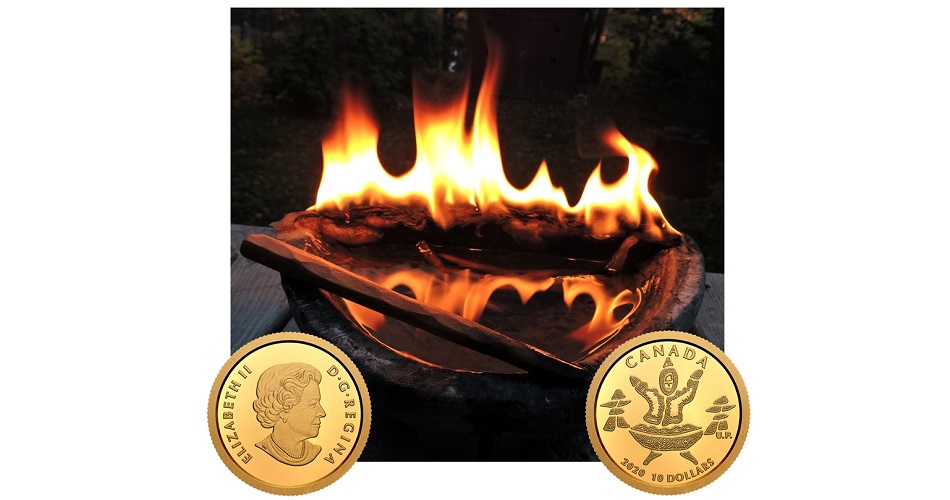 The Royal Canadian Mint has released new gold coins, which, for the first time, are minted as 1/20-ounce gold and solely as a collector coin rather than as part of a bullion set or series. Also, these coins are produced entirely from gold sourced from Arctic gold mines: The Agnico-Eagle Mines’ Meadowbank Gold Mine located near Baker Lake, Nunavut, and TMAC Resources’ Doris North Mine at Hope Bay. The motif of the coin is the qulliq, depicted as the hopeful light that burns bright on a dark night — the light that warms the mind, body, and spirit. Like the inuksuit landmarks that guide the way, the traditional oil lamp is an important symbol of Inuit culture representing hearth and home in the Arctic, where it embodies the strength and care provided by the women who are the keepers of its flames. Interestingly, both land and sea provide the materials for the qulliq, such as rendered seal fat (or blubber) which is used as slow-burning fuel and gets absorbed by tufts of Arctic cotton and moss that serve as lamp wicks.

Believed to have been utilised over 3,000 years ago, Inuit oil lamps were carved mainly out of soapstone, but there are also some made of a special kind of pottery. Sizes and shapes of lamps could be different, but most were either elliptical or half-moon shaped which accommodated the taqquti (wick trimmers), also known as lamp feeders, which were made of wood, willow, soapstone, bone, or ivory. Qulliqs are lit along the edge of the lamp, providing a pleasant light, as well as providing a source of warmth. A slab of seal blubber was left to melt over the lamp feeding it with more fat, but these lamps had to be tended continually by trimming the wick in such a way that the lamp would not produce smoke. The reverse design is by Inuk artist Ulaayu Pilurtuut, who has blended a contemporary-styled celebration of Inuit culture, identity, and way of life with traditional elements. Surrounded by inuksuit that symbolise community and guidance, the Inuk woman at the centre of the image tends to the traditional qulliq, an Inuit oil lamp that provides light and warmth. The inuksuk elements shown are also the stone land markers depicted on Nunavut’s territorial flag. The denomination of 10 DOLLARS is placed below the primary design, along with the year of issue. 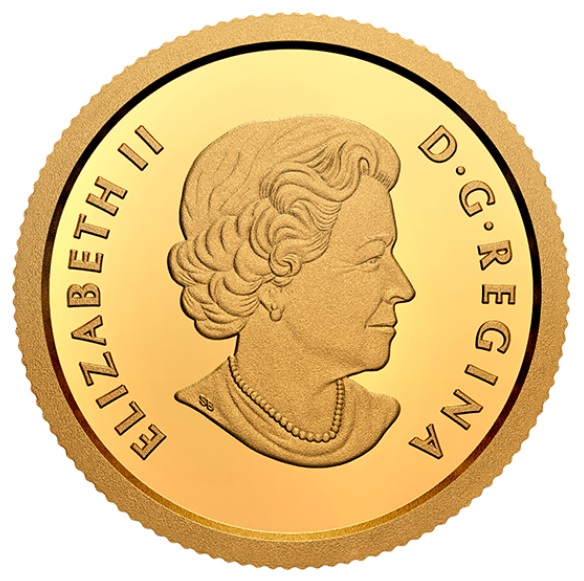 The obverse features the effigy of Her Majesty Queen Elizabeth II created by Susanna Blunt. 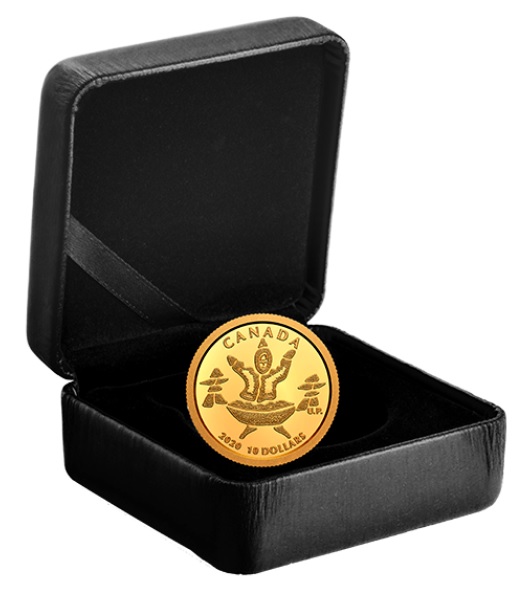 Each coin is encapsulated and presented in a Royal Canadian Mint-branded custom black matte vinyl case and is accompanied by a certificate of authenticity. For additional information, please visit the RCM’s website.