One of the most popular classic commemoratives is the second one commemorating California or an event in California (the first one was the Panama-Pacific Exposition commemoratives issued in 1915 for the exposition held in San Francisco). The focus of this article is the 1925 California Diamond Jubilee Half Dollar, struck to commemorate the 75th anniversary of California Statehood. The design elements are reminiscent of California’s history and were generally well received, although James Earle Fraser criticized the design for not giving the public a “bigger sense of what California really is”.

The area that is now California has been home to humans for at least 10,000 years, with the first settlers coming from the north (and before that, Asia). European history starts in the early 16th century, when Spanish explorers visited the area and claimed it for Spain. Following the independence of the United States, it remained in Spanish hands until Mexico gained its own independence, in their case from Spain (recognized in 1821). Two decades later, after American victory in the Mexican war, California was sold to the United States. Settlement by people from the American states had already commenced in the early 1840s while the area was still part of Mexico, although most American settlers decided to settle further north, in Oregon (which had been in American hands since the Louisiana Purchase). 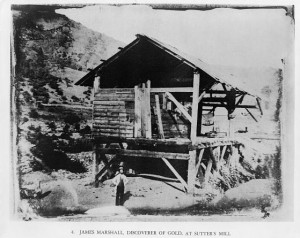 Following the discovery of gold at Sutter’s Mill in January of 1848, thousands of prospectors migrated to California, and cities such as San Francisco and Sacramento boomed overnight. Over 100,000 Americans were living in California by early 1850 when statehood was granted to the new western-most American state. The population began to grow even more until it became the most populous American state. It should not come as a surprise then that a commemorative half dollar was considered to celebrate the 75th anniversary of statehood. 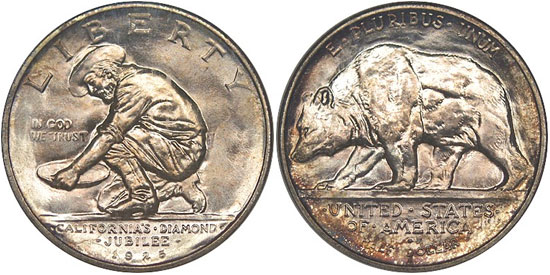 The design of the 1925 California Half Dollar would be reminiscent of the early American history of the state. On the obverse there is a kneeling miner, or “49er” as they are generally called, panning for gold in what we can presume is the Sierra Nevada (gold has been found throughout the state, but mining in the eastern part is the most known). The word LIBERTY is on top, and IN GOD WE TRUST is on the left side. Below the miner are the words CALIFORNIA’S DIAMOND JUBILEE, as well as the date, 1925. 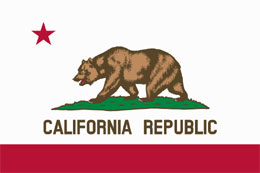 The reverse is taken directly from the California state flag, which was created during the short-lived “Republic of California”, which existed for a few months in 1846. It shows a bear, a well-known species which is native to California and surrounding areas. The current flag of California (which became the official flag in 1911) is somewhat different from the original 1846 one, which had the central design elements including the bear placed on the upper left. The bear that is said to have been the model for the one that is on the flag was the last California Golden Bear (also known as the Californian grizzly bear, a subspecies of the brown bear) held in captivity. Named “Monarch”, it was captured in 1889 and died in 1911, while the last one in the wild was shot in 1922. Monarch was preserved and is now on display at the Academy of the Sciences in San Francisco.

The California Commemorative Half Dollar was designed by Joseph “Jo” Mora who was born in Uruguay but lived in Carmel, California in the 1920s. He grew up in the United States after his family moved there in 1880, where in his early years he worked as a cartoonist, an influence which can also be seen in the illustrations and maps of California he would make later in his life. He came west from New York early in the 20th century, where he would remain the rest of his life. Besides the Commemorative Half Dollar he is perhaps best remembered by the photographs he took of the Hopi and Navajo Indians, with whom he lived from 1904 to 1906.

Quite fittingly the coins were struck at the San Francisco Mint (the mintmark can be found near the bottom on the reverse), which had been established during the gold rush. A total of 300,000 were authorized, but the final number minted was half of that, at 150,200 coins. Not all of these were sold, as Mint records indicate that 63,606 were later melted. This resulted in a net mintage of 86,594 pieces, virtually all of which were sold for $1 each. Unlike many other commemorative half dollars of this period, few if any were released into circulation at face value, and there are few well-worn pieces in the marketplace right now.

The coins are very popular and high-grade examples are always in demand. Luckily enough for collectors, there is an abundant supply of mint state coins available, both toned and white, up to the gem level (MS-65). Certified MS-66’s are scarce but still available and even MS-67’s are encountered at auction once in awhile. Both PCGS and NGC have also graded a few pieces as high as MS-68, one of the earliest commemoratives where such pieces are available. Obviously these are very much in demand and appear at auction quite infrequently. As usual, dipped or cleaned coins are better avoided, as are coins with excessive surface marks. One problem that does come with this particular issue is the fact that even uncirculated examples tend to show signs of friction on the obverse.