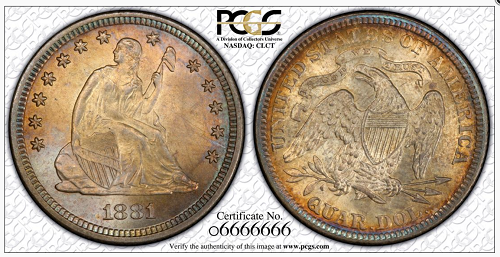 In July, Coin Update ran a post on a new PCGS holder so airtight and protective it could be photographed in a fish bowl. That sparked a series of emails about holders in general from Old Green PCGS ones to NGC green label soap dishes and something we never heard of here but that has been brought to our attention: do hobbyists actually pay more for a holder with an unlikely certification number, like the above 6666666?

Yes, we know the typical reaction of our readers will be, “Say what?” Are collectors really that strange? (Yes, as long as they can tell a story to the local coin club.)

Well, here’s one you can bring to that numismatic soiree.

OK. We know what we are dealing with here as Coin Update readers overwhelmingly buy the coin and not the holder. But answer truthfully now. All things being equal, isn’t the cert on the above coin alluring, especially considering this 1881 quarter dollar is worth $4000 with a pedigree from collector Bob R. Simpson, known for paying $1 million for a bronze 1943-S cent?

A rare coin. A rarer pedigree. And the rarest certification.

We asked Don Willis, PCGS president, if he had ever heard of collectors buying the cert and not the coin. “There is a lot of interest in collecting past generations of PCGS holders,” he stated. “I suppose it adds another fun dimension to collecting coins. I am not aware of anyone paying premiums for unique PCGS certification numbers,” Willis added. “It wouldn’t surprise me though as we have seen it for years with currency.”

Here are some interesting certs compliments of the PCGS verification page.
The One Million cert: 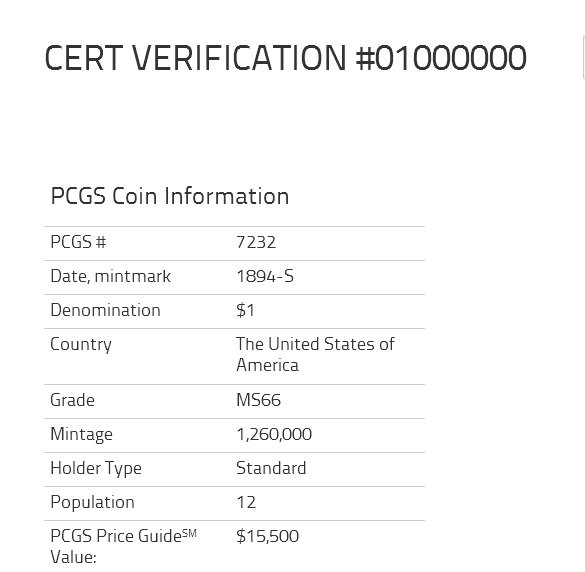 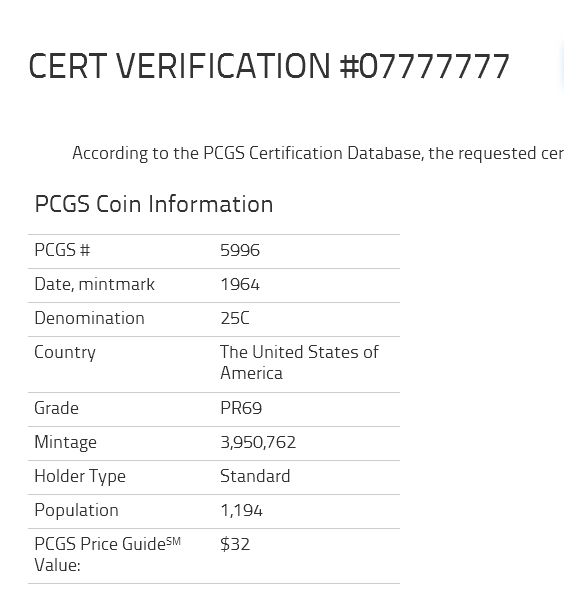 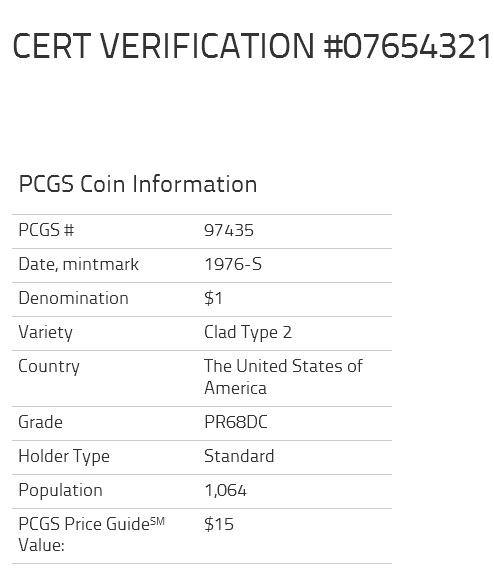 The Radar Cert (reads the same backwards and forwards): 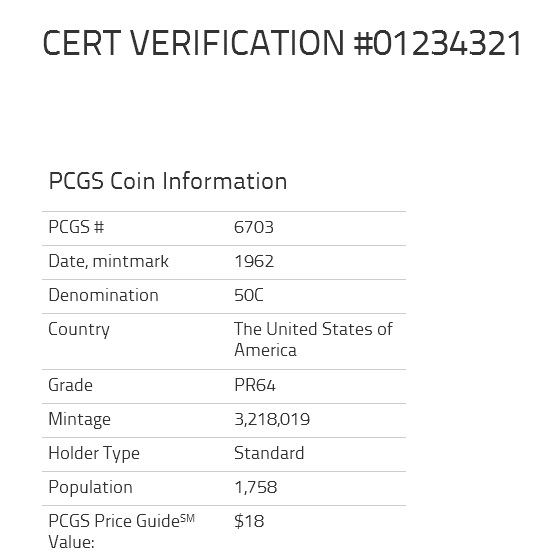 By the way, if you want to play this game, use the PCGS cert verification URL and tell us what weird or symbolic number you found. (It’s fairly difficult to play “find the cert” with NGC because its certification scheme contains a number and then suffix [based on the number of coins in a submission]). So it would be highly unlikely for an NGC cert to be 222222-222, which would mean the submitter not only got the rare series of the same number but also coincidentally submitted 222 coins. 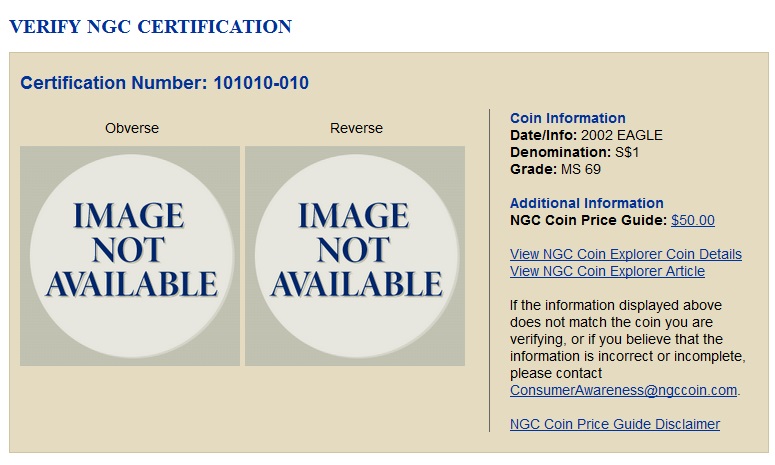 ANACS and ICG certification numbers are longer than those of PCGS and NGC, so you’ll be lucky to find uniform or symbolic numbers there. But you can try.

So vent about this new collecting idea compliments of a reader, sure to trigger a reaction in the traditional collector. Or share with us your thoughts about paying premiums for certs. And finally, if you’re daring enough, tell is about a cert you’d pay money for when buying the holder and not the coin.