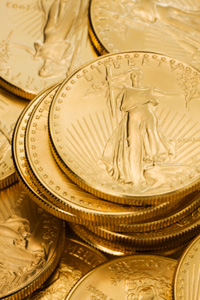 On November 30, the major governments, central banks, and major multinational banks blatantly declared war against the people of the world!

By my analysis, the US government is the ringleader.

No matter how I look at the events, I just cannot come to any other conclusion.

I think there were two triggering events. First, on November 29 Standard & Poor’s reduced the credit rating of 37 global banks, including 14 of the largest banks and brokerage firms in the US. Second, the price of Bank of America’s common stock that day closed at $5.07 per share. The Bank’s shares actually dipped below $5.00 during evening trading.

Had Bank of America’s shares settled below $5.00 the next day, that would have triggered two events. First, many investment funds will not own any companies whose stock is valued below $5.00. Second, companies whose shares are trading for less than $5.00 cannot be owned in leveraged accounts. Therefore, had the Bank’s stock closed the next day under $5.00 there would have been a double flood of shares being liquidated. That could have forced Bank of America into bankruptcy, starting a domino chain of other major bank failures.

That horrible scenario did not develop last Wednesday. Instead, overnight Tuesday and before markets opened Wednesday, central bankers created a coordinated plan to flood the world with paper money.

This was global inflation of paper currencies on the scale of trillions of dollars.

In effect, the governments, central banks, and major multinational banks have elected to reduce values of most paper currencies, with the result that it will take wealth away from the people of the world.

Citizens around the world are so worried about the declining values of their local currencies that they are aggressively converting their money into US dollars. Foreign banks have paid up to 1.6% above the exchange rate to acquire more US dollars for their customers. Other banks are in such shaky financial condition that no other bank will sell them US dollars, no matter the price. As a result, the value of the US dollar has been generally rising for the past few weeks.

Yet, when these coordinated actions were taken last Wednesday, the US dollar index fell almost 1%.

Even though the wealth of the citizens of the world fell, the governments, central banks, and multinational banks enjoyed enormous benefits. All of them were able to borrow funds at lower interest rates than before. It looks like the multinational banks with major short positions in the gold and silver markets were able to cover some of these shorts. The governments and central banks bought themselves a bit more time to try to come up with new ideas on how to cure their cumulative fiscal mismanagement.

The world’s financial problems have deteriorated to such an extent that it is no longer a matter of resolving issues in one, two, or a few nations. Literally, every paper currency is going to fall in value against silver and gold even faster than they have in the past eleven years. Consequently, it now takes a concerted joint effort by the major governments, central banks and private banks to try to accomplish any appearance of stability.

These actions are also effectively an admission that these huge quantities of government debts will never be repaid in currencies that have anywhere close to current purchasing power.

Take this move as your warning that you have very little time left before a financial catastrophe cripples a major swath of the global economy. It simply isn’t possible to now predict when the dominos will start to fall. You may have a year or more, or just months, or maybe only a few days.

Before these calamities hit, it is time to think like a survivalist. The public unrest in Tunisia, Egypt, Yemen, Syria, Greece, Italy, and Spain this year could be just a sample of what could develop around the world, including cities, towns, and villages in the US.

Take action now. That means stock up on food, medical supplies, water filters, and other necessities. It may make sense to acquire a generator or weapons and ammunition (though make sure to get proper training with weapons if you chose to own them). I have seen some people advocating barter goods like cigarettes and liquor. Those would not suit me, but they might be worth considering.

Above all, make sure to buy silver and buy gold! Specifically I mean buy bullion-priced physical forms of gold and silver and take immediate possession of them. Buy them is small size units to be more divisible, such as one ounce or smaller for gold or ten ounces or smaller for silver. Gold and silver are almost universal forms of barter goods because of their multi-thousand year history being used as money.

I don’t want to come across as an alarmist. But the desperate actions taken by major governments, central banks, and multinational banks on November 30 require immediate attention and action to protect yourself. I wish you well.