Saint Petka of Bulgaria, also known as Saint Parascheva of the Balkans, was an ascetic female saint of the 11th century. At age ten, she heard the voice of the Lord, which led her to leave her wealthy family to follow an ascetic, religious life. She died at the age of 27 in the village of Katikratia.

Each coin is struck in .999 fine gold to proof quality with a diameter is 24 mm and weight of 8.64 grams. The mintage is limited to 2,500 pieces. The coins may be purchased at Bulgarian National Bank cash desks for BGN 1,100 excluding VAT. 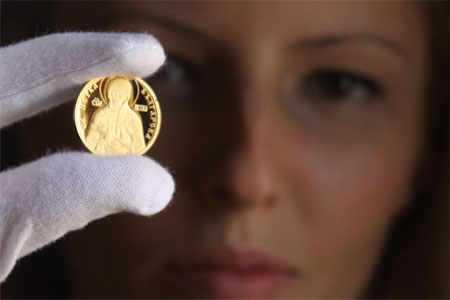