The latest silver commemorative coin issued by the Bulgarian National Bank features a rock formation known as ‘Chudnite Mostove’ or Wondrous Bridges. This is the second coin in a series dedicated to natural phenomena in Bulgaria, following the previous issue for the Belogradchik Rocks.

The bridges are located in the Rhodope Mountains in Southern Bulgaria, situated in the Karst valley of the of the river Erkyupriya at the foot of Persenk Peak. The rock formations were formed by erosive activity of the once high-water river, which created a deep water cave. Over time, portions of the cave collapsed, leaving natural marble bridges remaining. 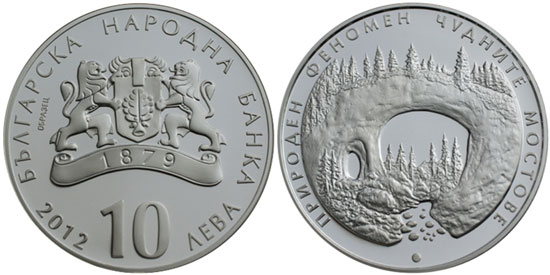 On the reverse is an image of the Chudnite Mostove with inscriptions ‘ПРИРОДЕН ФЕНОМЕН ЧУДНИТЕ МОСТОВЕ’ (NATURAL PHENOMENON WONDROUS BRIDGES) around the circumference. The design is by Plamen Chernev. 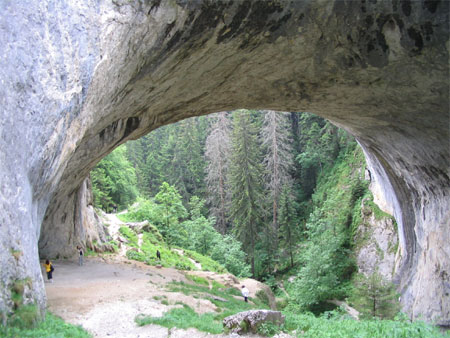