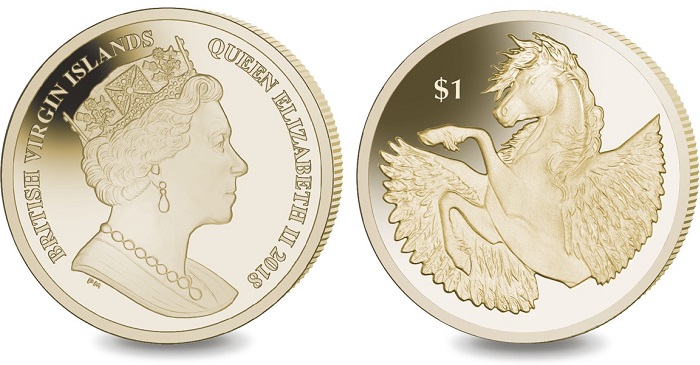 The government and treasury of the British Virgin Islands have issued (7th September) a new golden dollar which includes a very popular reverse design seen first on bullion and Proof quality silver crown coins. Following the success of the previous releases of “Pegasus” coins, The treasury of the British Virgin Islands has released a new version of this popular coin which is produced in Virenium — a special alloy developed and produced for circulation type coinage used exclusively by the Pobjoy Mint, which produces the coins.

Pegasus is one of the best-known creatures in Greek mythology. This winged horse is usually depicted as white in colour and was always considered a good-hearted and gentle animal. Throughout his life, Pegasus remained a mysterious creature that symbolised divine inspiration, or the journey to heaven. As a reward for his service and loyalty, Zeus honoured him with a special immortality, turning him into a constellation on the last day of his life. The story in Greek mythology tells the tale of Pegasus, which begins when Perseus is sent to kill one of the three Gorgons, Medusa, who had writhing snakes instead of hair. It was said that anyone unfortunate enough to gaze upon her face would turn to stone. The god Hermes and the goddess Athena came to aid Perseus with special gifts, including a shield which Perseus used as a mirror so he did not look directly at Medusa. When Perseus beheaded Medusa it is said that Pegasus was born from the blood of the Gorgon. Many wanted to capture Pegasus but no one could work out how to tame such a magnificent creature. 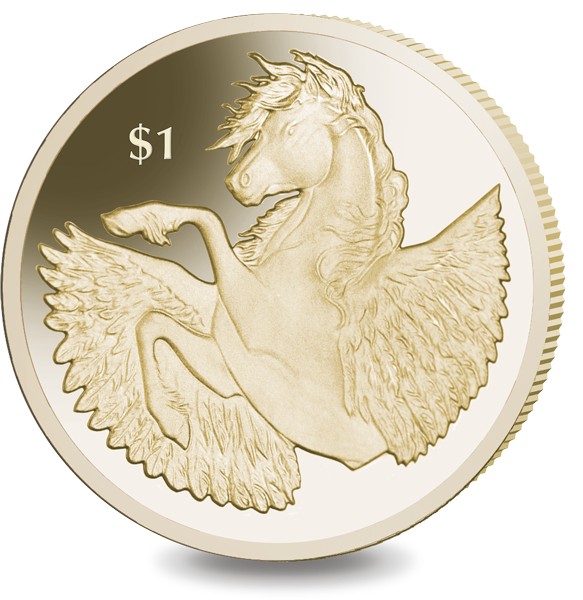 Over the years many British Virgin Island coins have featured horses, especially when celebrating royal occasions and Olympic equestrian events. This made Pegasus the perfect choice as the new flagship coin for the British Virgin Islands, which is minted in Virenium. The reverse design shows Pegasus, the mythical horse, rearing up with his wings spread. Un the upper left half, the denomination of $1 is placed. 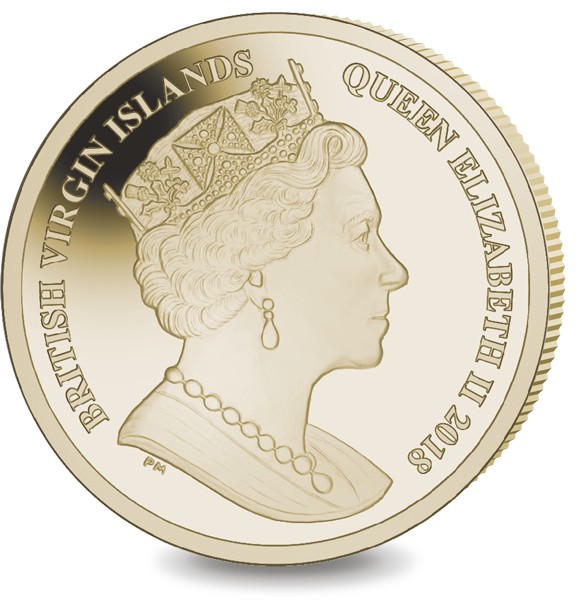 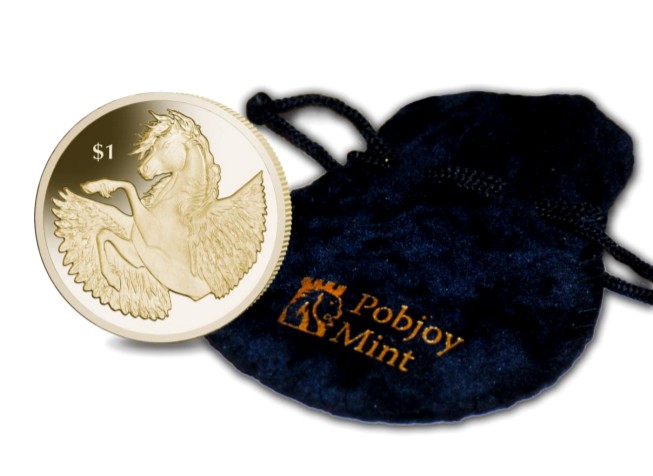 The coin is struck in Brilliant Uncirculated quality and is presented in a cloth carry pouch with the Pobjoy brand shown on the side. For more information about this coin and others issued by the treasury of the British Virgin Islands, please visit the website of the Pobjoy Mint.