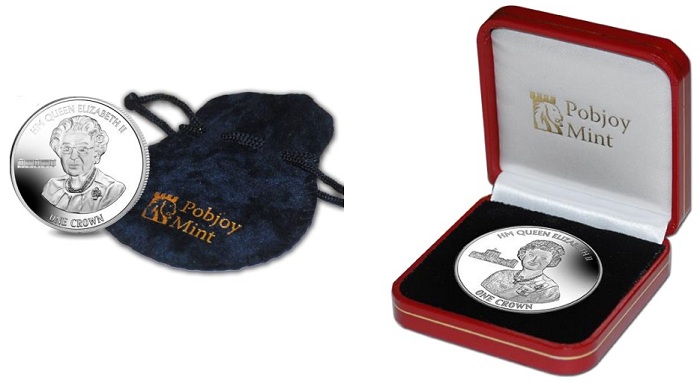 As the 90th birthday of Britain’s Queen Elizabeth II approaches, the British Overseas Territories of Ascension, British Antarctic Territory, British Virgin Islands, Falkland Islands, and South Georgia & South Sandwich Islands have launched a collection of crown coins to mark this milestone occasion. This birthday is especially important as it is the first time that a reigning British monarch has reached the designation of a nonagenarian, or one who has reached their ninetieth birthday.

Elizabeth Alexandra Mary was named in honour of her Mother Elizabeth, the Duchess of York, her paternal Great Grandmother, Queen Alexandra, who was the consort of King Edward VII, and Mary after her paternal Grandmother Queen Mary, consort of the then-reigning King George V. As the first grandchild of the monarch of the time, her birth was greeted with a twenty-one cannon salute at the Tower of London. Although she was never expected to become Queen at the time of her birth in 1926, a variety of circumstances conspired to move the little Princess of York (as she was known at the time) up to the position of heiress presumptive after the death of her grandfather, the abdication of her Uncle King Edward VIII, and the accession of her father, who became King George VI.

From the beginning of her young life, the young princess Elizabeth was immensely popular with the British public and with peoples all over the Empire. She won even greater respect and admiration when in 1947, on the occasion of her 21st birthday, she addressed the nation and Empire while on an official visit to South Africa with her parents, the King & Queen, making the following statement:

I declare before you all that my whole life whether it be long or short shall be devoted to your service and the service of our great imperial family to which we all belong.

From that time on, Princess Elizabeth, later Queen Elizabeth II, made good on her declaration. From the day of her accession to the British throne on February 6, 1952, the Queen’s life has indeed been devoted to the service of the British nation and what has evolved into the Commonwealth of Nations.

On September 9, 2015, Queen Elizabeth II reached another milestone event when she became the longest reigning British monarch in history, having surpassed the length of reign left by her great-great grandmother, Queen Victoria, in 1901. Queen Elizabeth now has the added distinction of having become the longest reigning female monarch worldwide. She is also the longest married sovereign and will celebrate her 69th wedding anniversary with her husband, the Duke of Edinburgh, this November.

The coins, produced by the Pobjoy Mint UK on behalf of the treasuries of the participating governments, include various images of the Queen during her reign, and as one of the most photographed and  human beings on the planet, her image is instantly recognizable on various banknotes, stamps, and coins from the many realms for which she remains Head of State.

Aside from the Queen’s actual birthday this month, Her Majesty celebrates her official birthday on June 10. Official celebrations to mark a sovereign’s birthday have often been held on another day in the summer to ensure good weather for the ‘Trooping the Colour” parade, also known as the Birthday Parade. 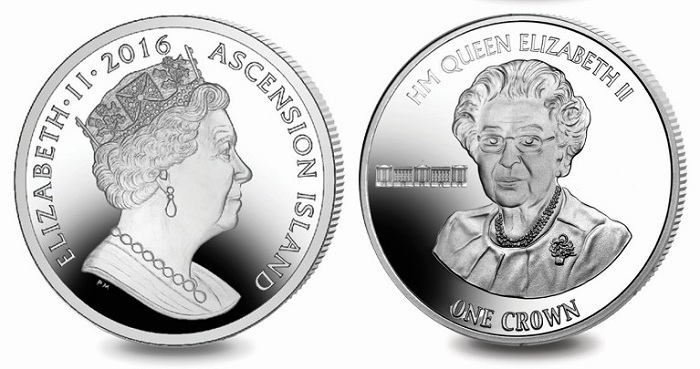 Ascension Island, One Crown. The reverse includes a 2013 portrait from the annual Christmas Message, with the privy mark of Buckingham Palace, from which the message was televised. 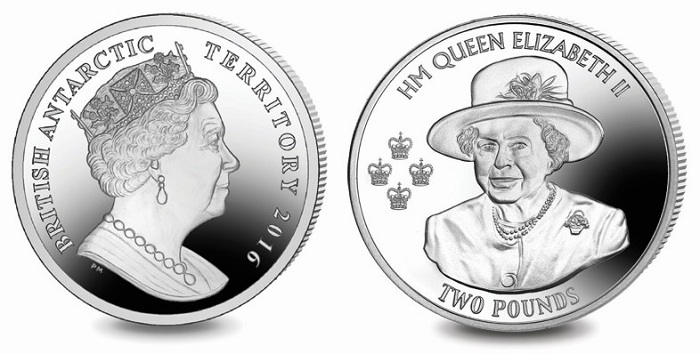 British Antarctic Territory, Two Pounds. A 2013 portrait of Her Majesty is featured during the christening of Prince George of Cambridge, with four St. Edward’s crowns representing the current monarch and the three male heirs. 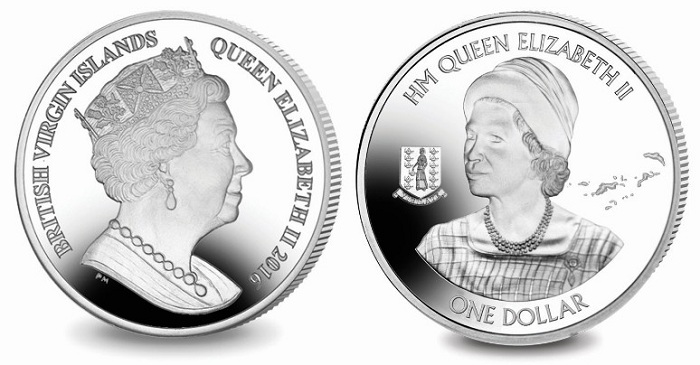 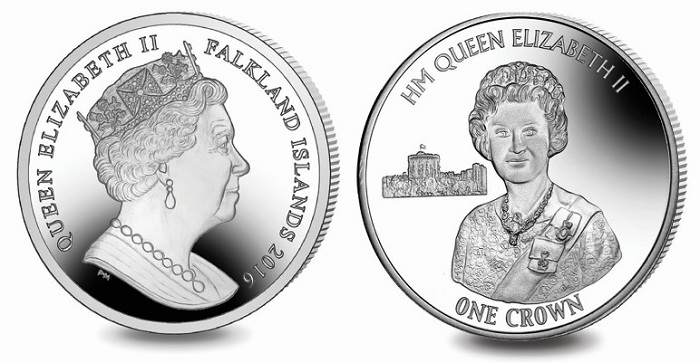 Falkland Islands, One Crown. The reverse depicts the Queen’s official silver jubilee portrait from 1977, with a privy mark of Windsor Castle, where the portrait was painted. 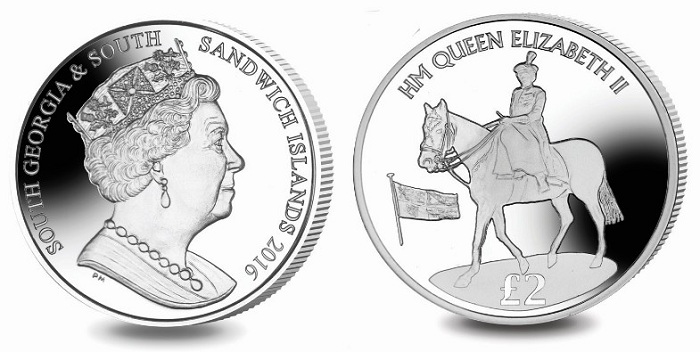 South Georgia & South Sandwich Islands, Two Pounds. The Queen is depicted in 1952 on horseback during her first ‘Trooping the Colour” ceremony, with the privy mark of the Royal Standard.

The obverse of each coin features an effigy of Her Majesty Queen Elizabeth II, which is an exclusive work by the Pobjoy Mint.

The coins are available in both Brilliant Uncirculated (cupro-nickel) and Proof quality (sterling silver), and are available separately. For more information on these and other coins offered by the various British Overseas territories, please visit the Web site of the Pobjoy Mint. International sales will be dispatched where applicable.