The government and treasury of the British Indian Ocean Territory (BIOT) have issued (16th January) a new crown coin produced in both titanium and cupro-nickel which features the manta ray — an incredibly majestic creature known for its immense size and graceful nature.

Manta rays are found adjacent to tropical regions in warm or temperate waters and are large rays with triangular pectoral fins, horn-shaped cephalic fins, and gaping forward-facing mouths. They are pelagic filter feeders that consume large quantities of zooplankton which they collect in a filtration-like method by swimming mouth-open through the water. Manta rays are gentle giants, that, despite their huge size (up to 7 metres or 23 feet across) pose no risk to humans — unlike stingrays. Humans, in fact, are the greatest risk to the rays, which are now considered vulnerable due to overfishing. They often get tangled in nets as they are unable to swim backward. Once entangled, they drown due to their constant requirement of flushing oxygen-rich water over their gills. 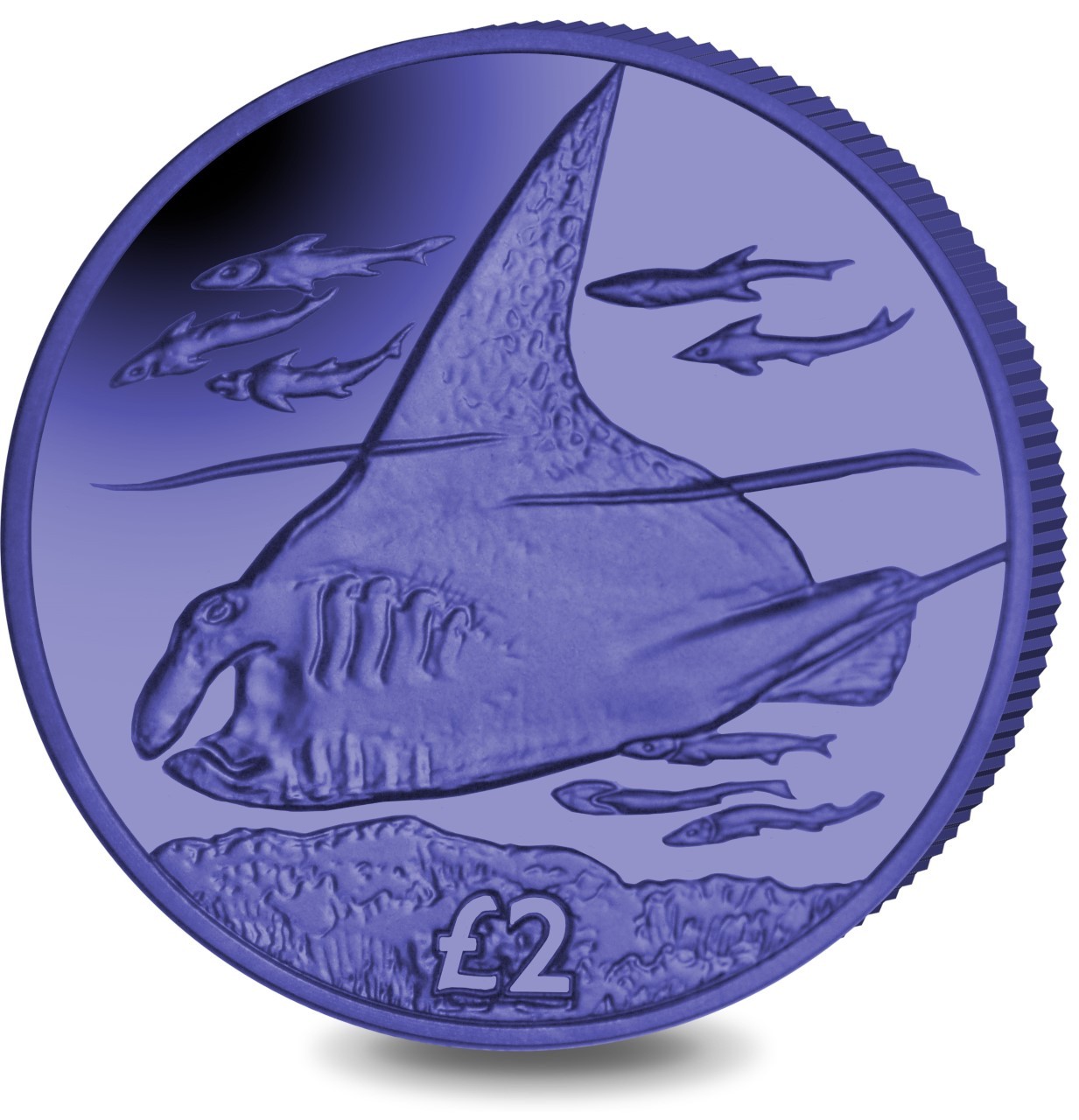 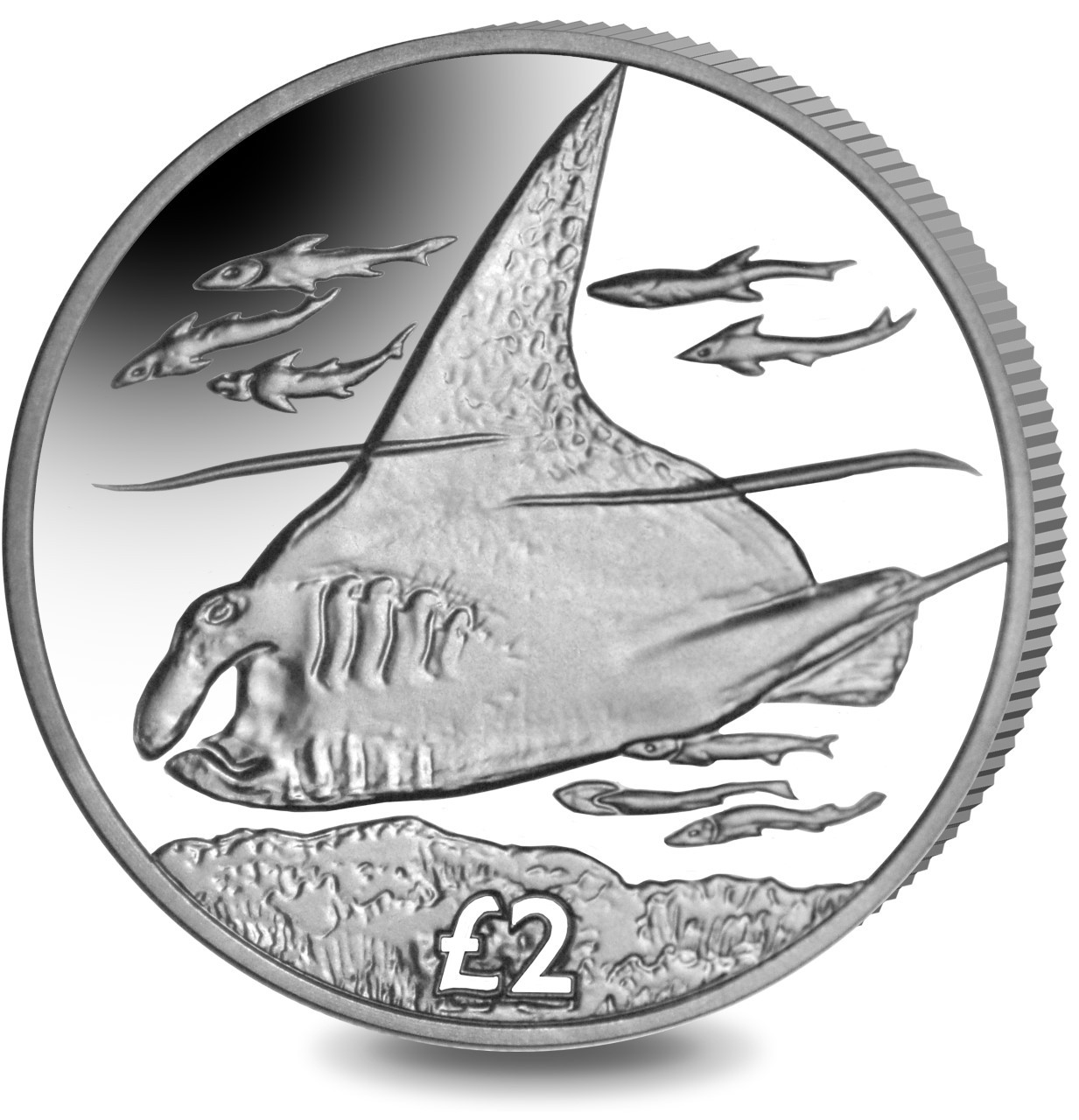 The coin is produced by the Pobjoy Mint on behalf of the treasury of the British Indian Ocean Territory. The reverse design shows a manta ray skimming above the coral covered ocean floor followed by a group of remoras. The denomination is shown as £2, which is placed below the primary design. 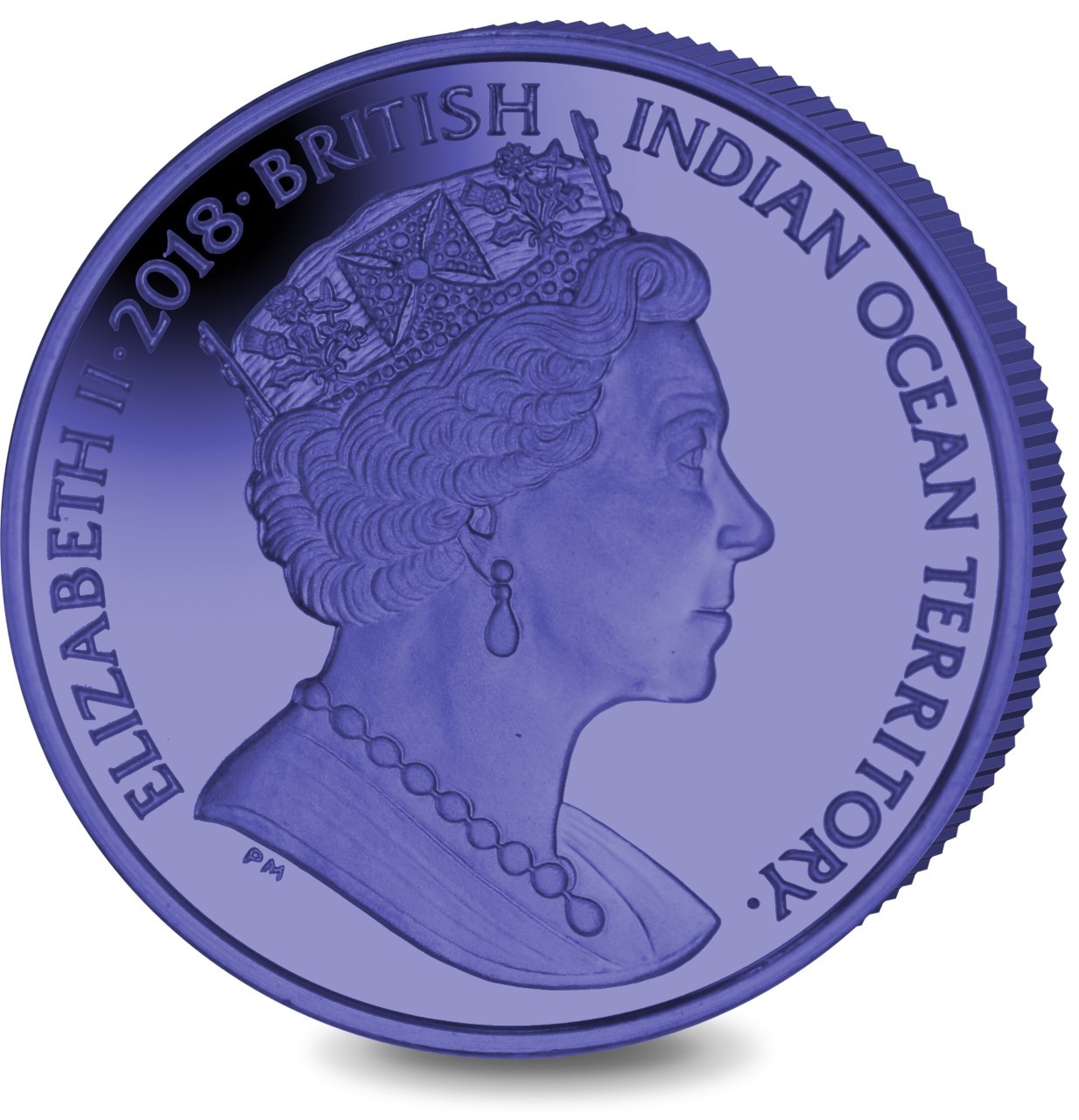 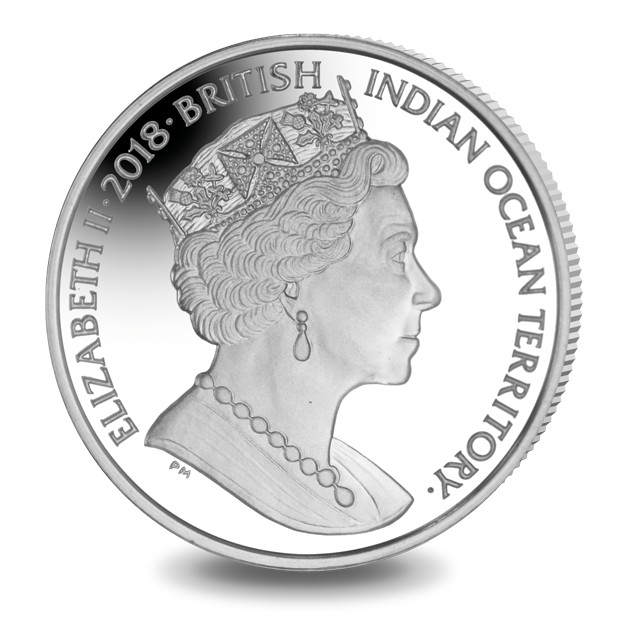 The obverse features an exceptionally detailed effigy of HM Queen Elizabeth II, which is an exclusive design of the Pobjoy Mint. The issuing authority of the British Indian Ocean Territory is included in the legend placed around the Queen’s portrait along with the year of issue. 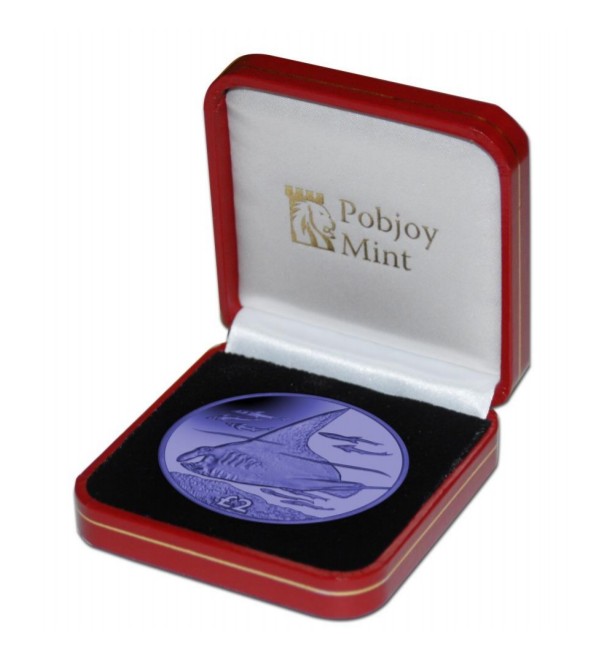 The new collector’s coin is struck in cupro-nickel and in dark blue tinted titanium. As titanium reacts differently with every strike, a lined effect is present on the coins (which is unique to this metal), making each of these coins technically different with a slight variation in colour. The titanium coin is encapsulated and presented in a custom case along with a certificate of authenticity. The cupro-nickel coin is housed in a soft-material pouch. For additional information on these and other coins issued from the treasury of the British Indian Territory, please visit the website of the Pobjoy Mint.