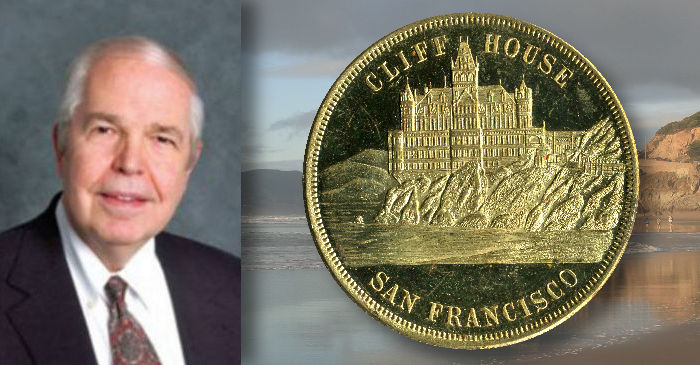 If you like San Francisco history, then you know all about the Cliff House. The name applies to three structures perched on the hillside overlooking Seal Rocks just outside of the Golden Gate. The first was a rather plain structure built in the 1850s. The second—and the object of much attention—was the elegant French chateau-style structure built by Adolph Sutro and destroyed by fire in 1907. The third, a modest building stands on the site today.

I love the Cliff House and its traditions and have visited the site many times, not to overlook the nearby Playland at the Beach. From the Whitney family, owners of the later Cliff House in the 1960s  I purchased many coin-operated instruments that had been left over from the “good old days.”

A very collectible souvenir of the elegant Cliff House of the turn of the 20th century is a dime-sized (17.9-millimeter) brass token, of which a couple dozen or so exist and appears now and again on the coin market. A knowledgeable seller might sell one to a knowledgeable buyer for, say, $50 to $100. Like many tokens, prices can vary all over the map. The typical grade is Extremely Fine. 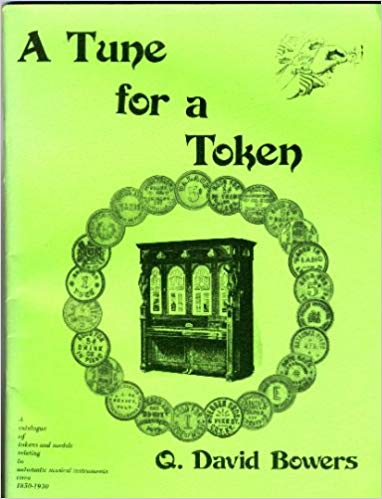 The first edition of A Tune for a Token. Hover to zoom.

The Cliff House token will be listed in the forthcoming second edition of A Tune for a Token to be published by the Token and Medal Society; the first edition, now long out of print, was published years ago in 1975 and won the “book of the year” award. 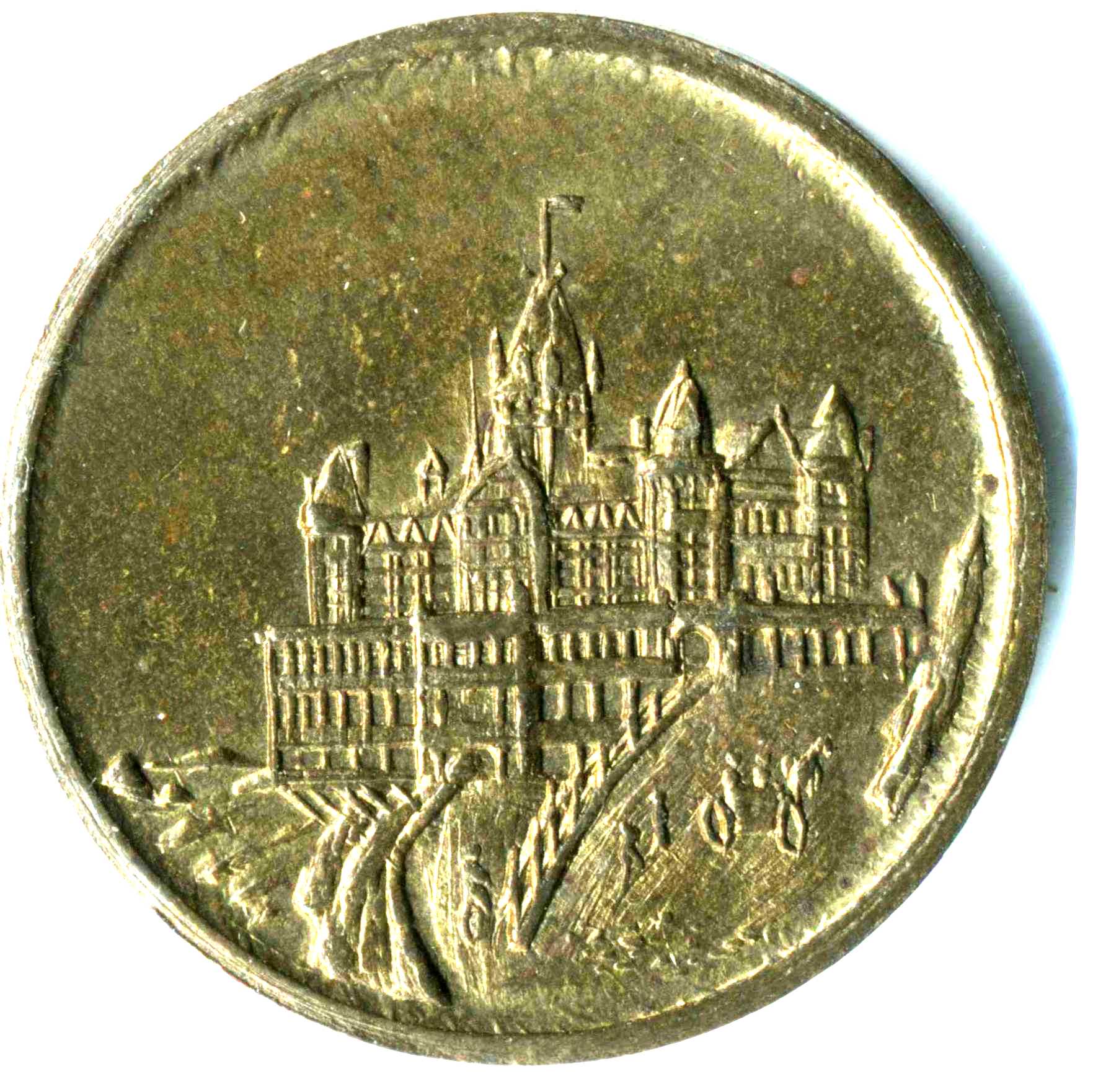 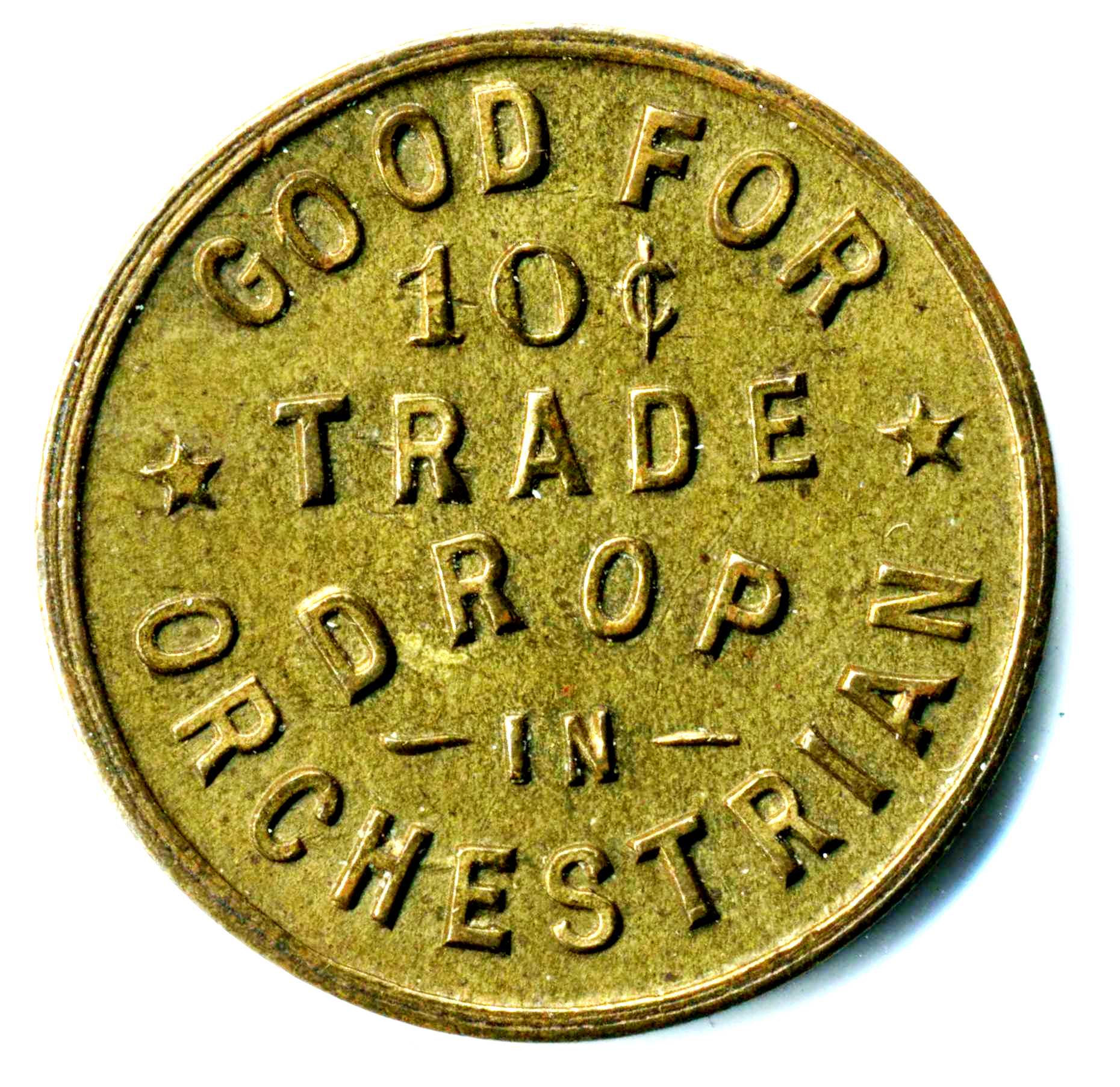 Reverse: GOOD FOR [curved at top border] / 10c / TRADE [five-pointed star to each side] / DROP [curved upward] / IN [dash at each side] / ORCHESTRIAN [curved at bottom border] • Letters without serifs. • Border: Plain.

About the Cliff House 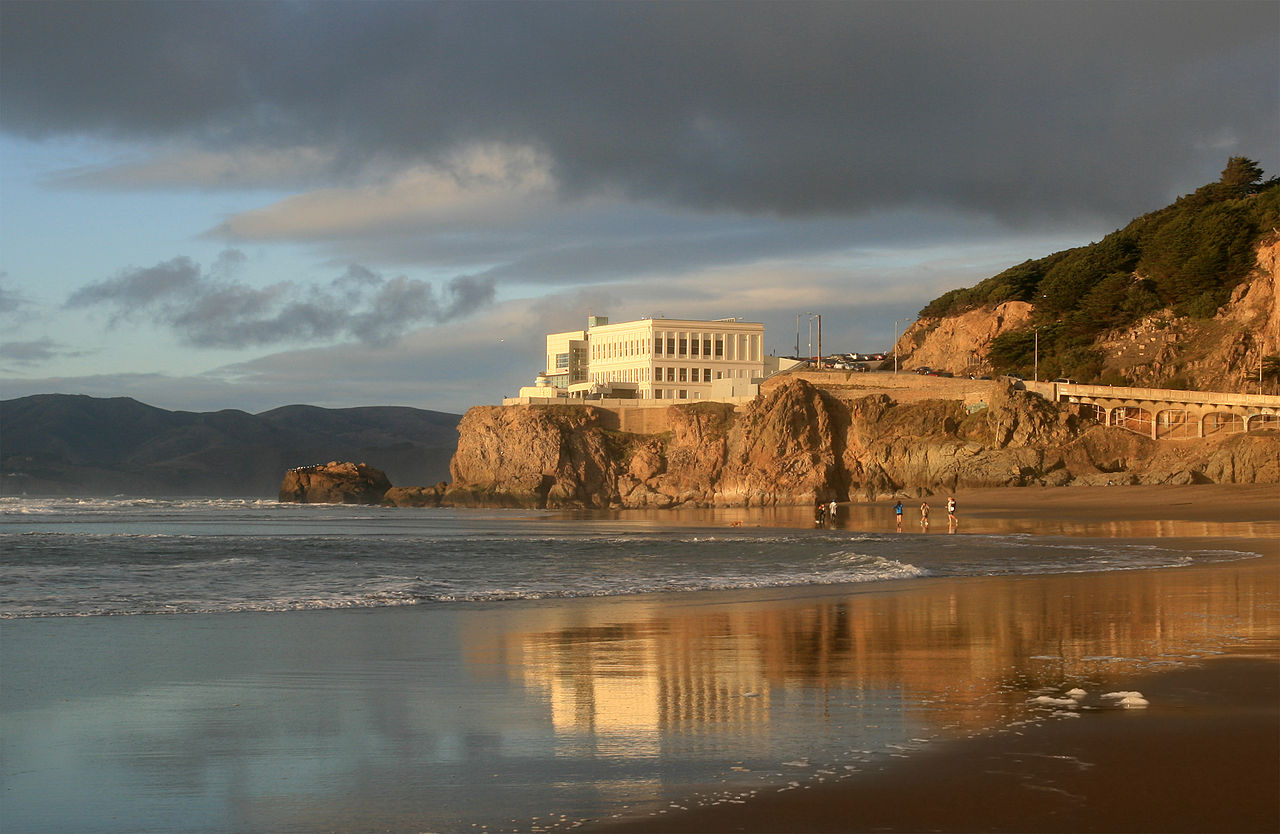 The Cliff House in San Francisco near the Golden Gate. Photo by Brocken Inaglory. 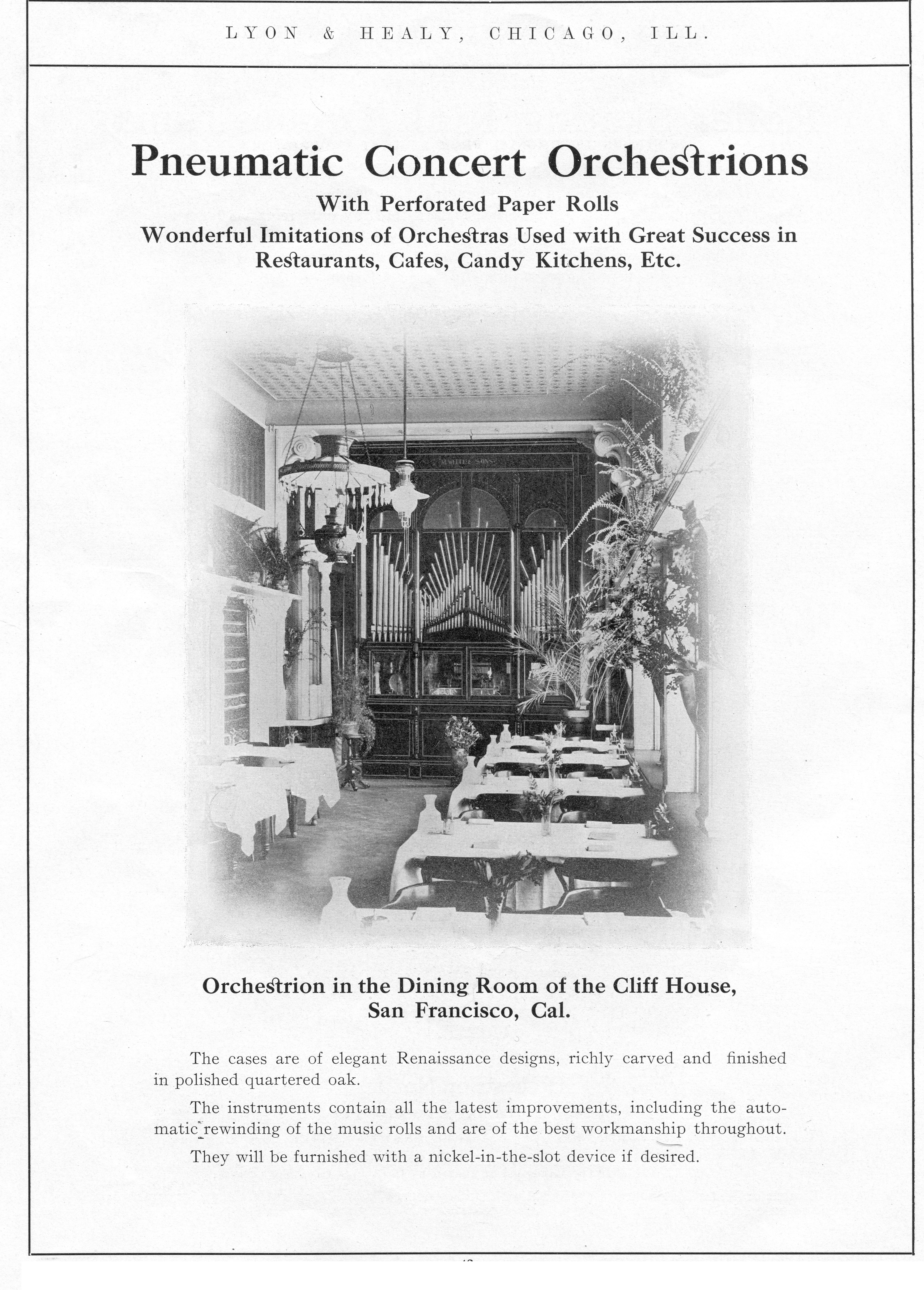 Welte Orchestrion at the Cliff House.

“ORCHESTRIAN” on the brass token is a misspelling of ORCHESTRION. Information concerning the instrument is scarce. A large Welte orchestrion was placed in the dining room in 1905 and removed in 1907, but it is not likely this was coin operated. Sometime circa 1905 (after Sutro’s death) the Cliff House, an establishment which had several different types of automatic musical instruments on view at all times, acquired from the Rudolph Wurlitzer Co., including a very large Concert PianOrchestra made by J.D. Philipps & Sons of Frankfurt-am-Main, Germany. The tokens could also have been used in related instruments in the adjacent Sutro Baths under the same owner.


Adolph Sutro, of German extraction, made his fortune by building the famous Sutro Tunnel; the first practical way devised to drain water from deep mines in Nevada’s Comstock Lode. Following this success, he moved to San Francisco where he had lived earlier and earned large sums of money speculating in real estate and business properties. He became a respected citizen and was elected mayor of San Francisco for one term. Sutro became an avid collector and amassed a tremendous collection of rare books, grew many types of exotic plants and shrubs, and gathered many artistic objects of various kinds. 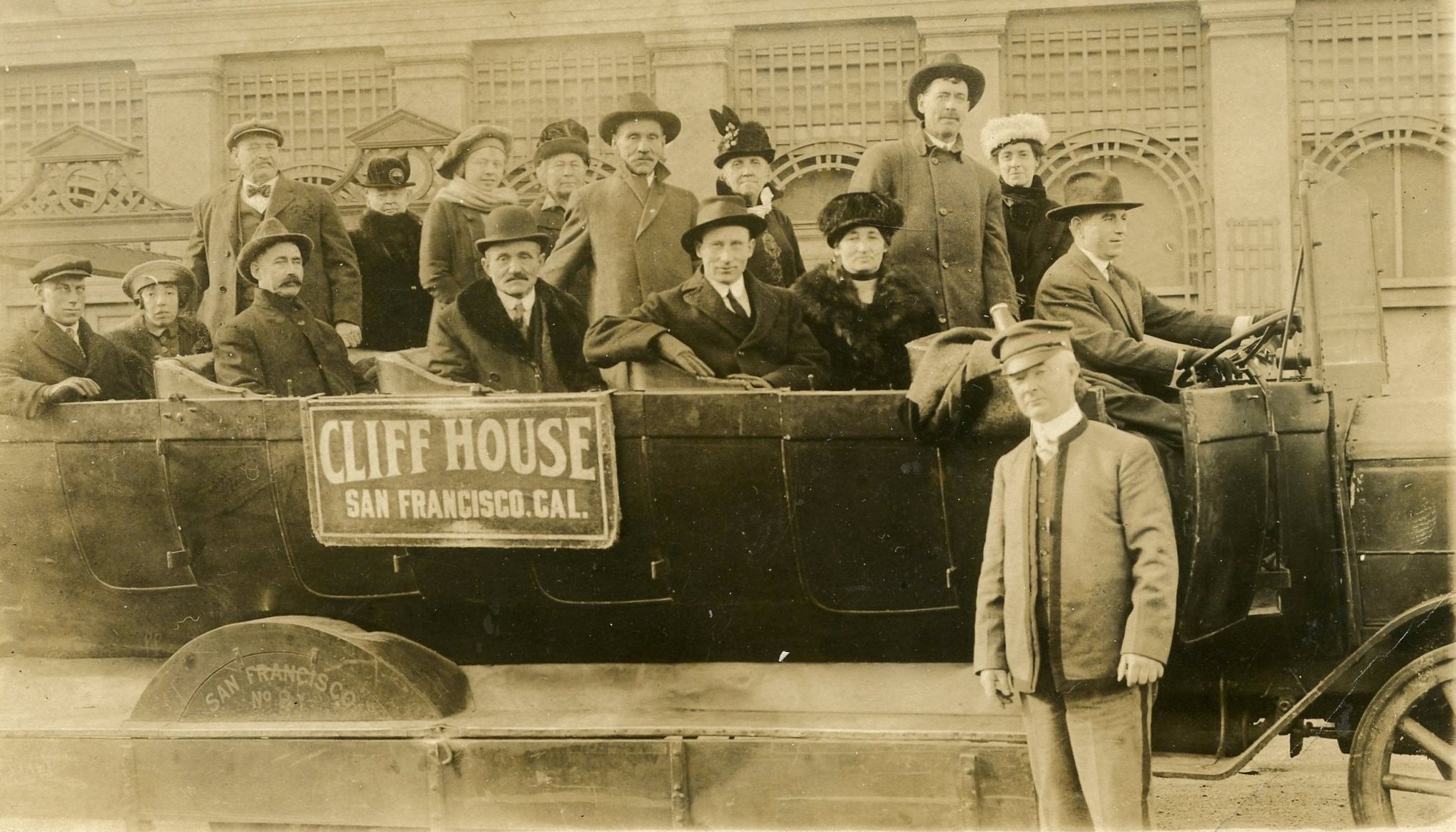 The Cliff House was a magnet for tourists. 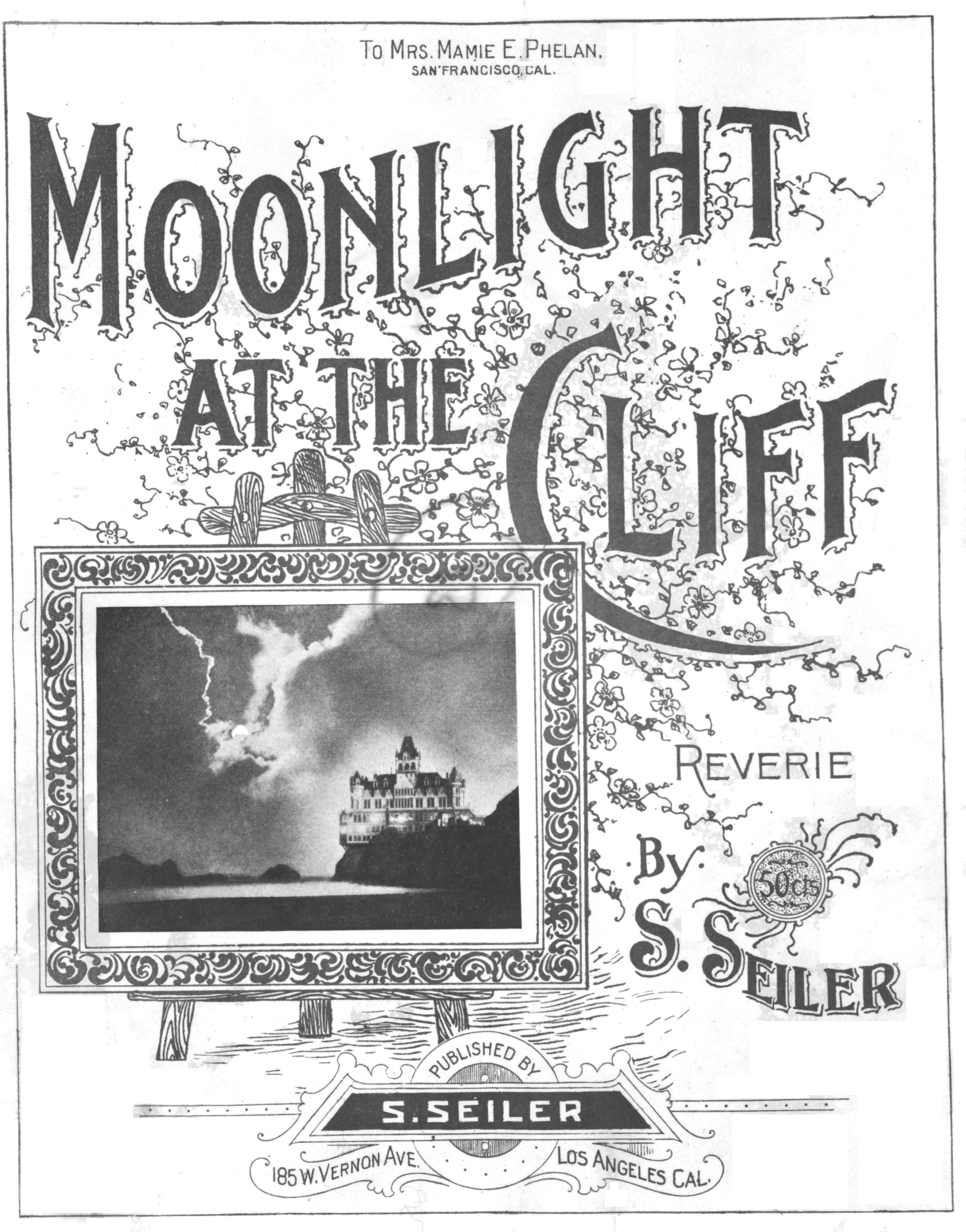 The French-chateau-style Cliff House replaced an earlier, simpler structure and was designed to be the epitome of elegance. At one time the Cliff House was considered to be the ideal place to spend a social evening or have Sunday morning breakfast overlooking Seal Rocks and the Pacific Ocean. The establishment had the reputation of also being a “sporting house” for patrons who desired that type of entertainment. 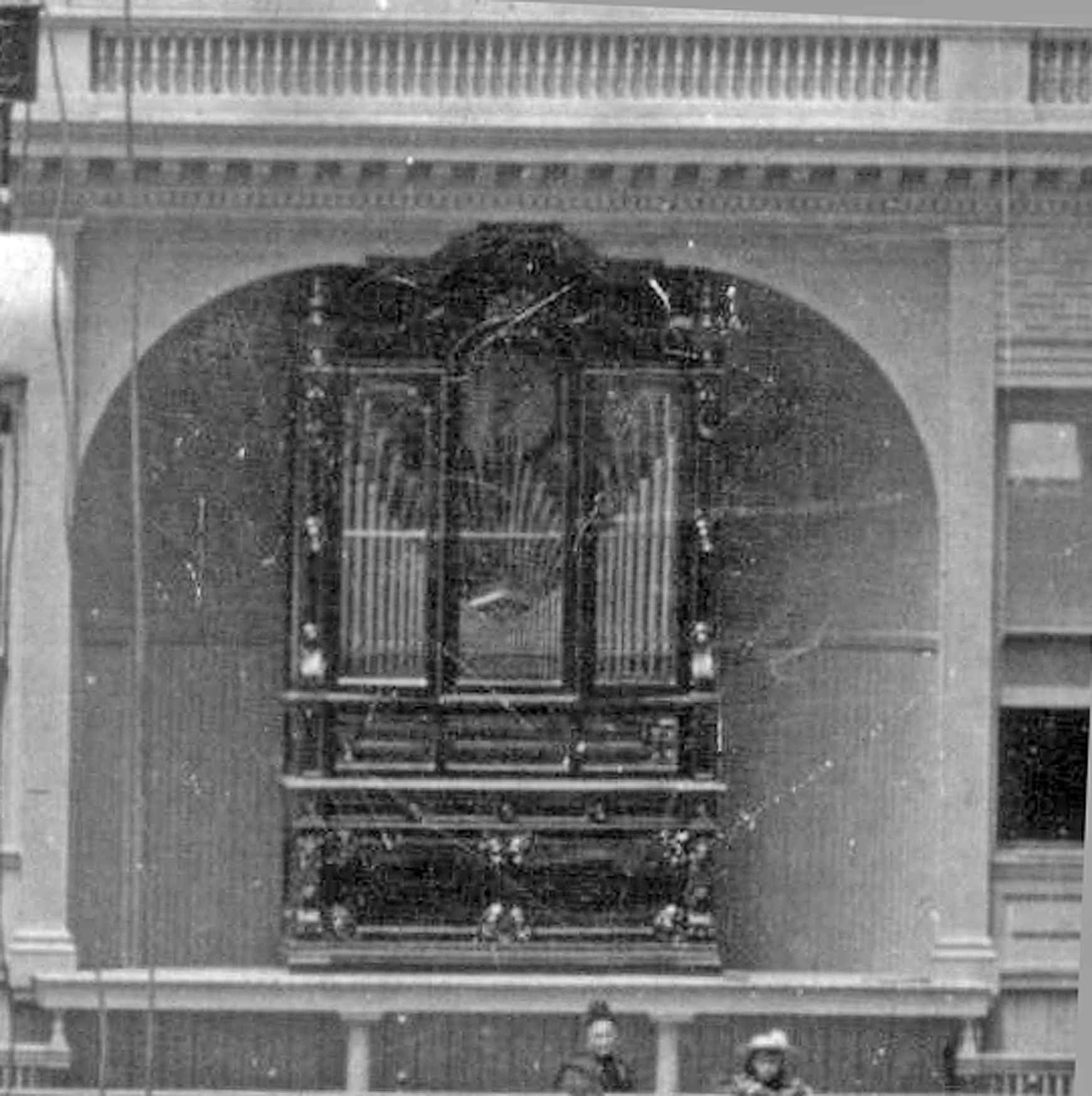 A large orchestrion in Sutro Baths adjacent to the Cliff House.

To the right of the Cliff House was built the Sutro Baths, a vast complex of bathing pools. In various areas there were several automatic musical instruments including at least two orchestrions, these in addition to those in the nearby Cliff House. Incorporated into this structure later was the Sutro Museum which housed many of Adolph Sutro’s treasures. 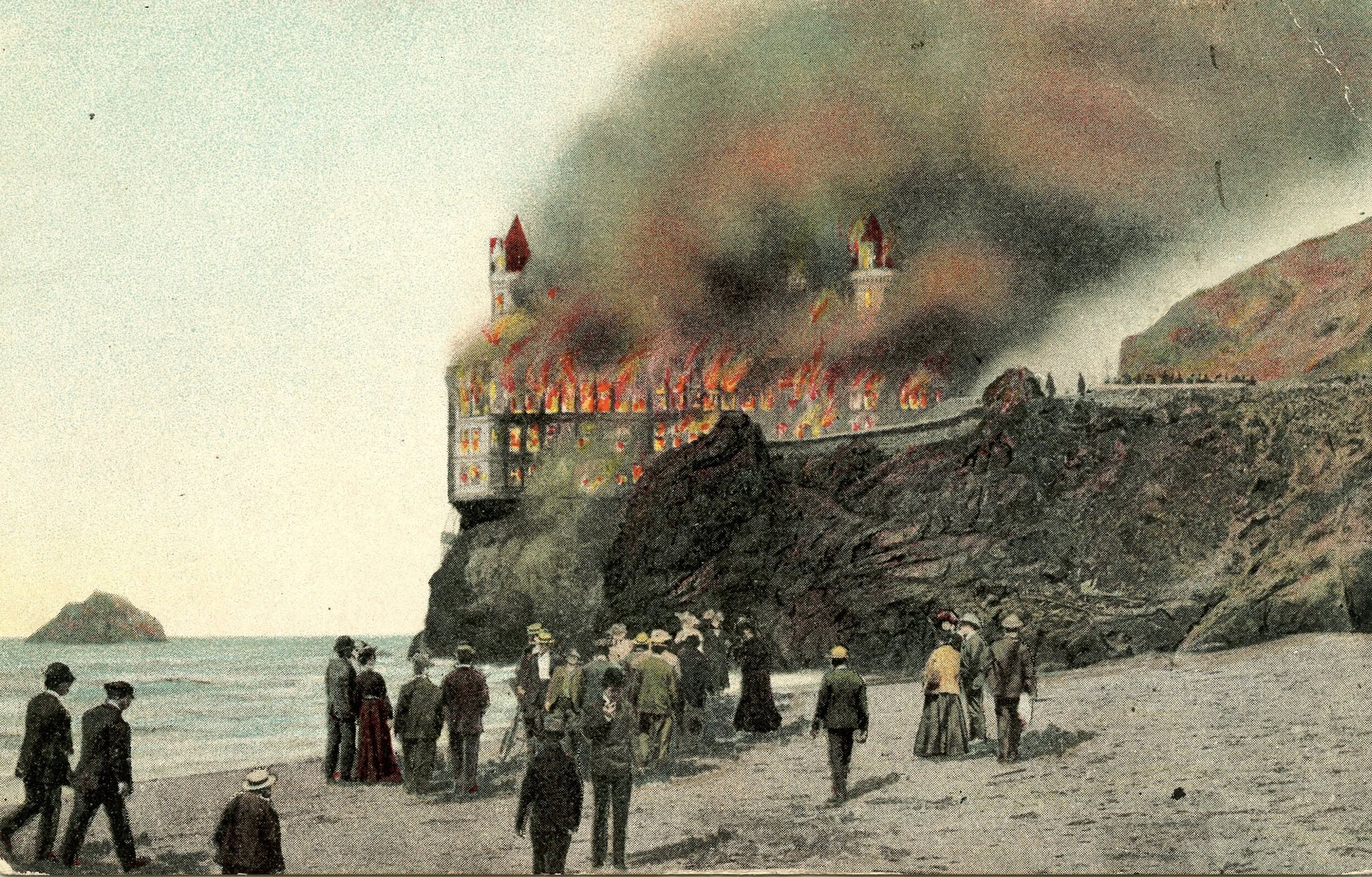 The day after the fire.

The Cliff House burned in a spectacular blaze in 1907. Automatic musical instruments in the building were destroyed.

The structure was replaced by a plain-appearing edifice which still stands today. As mentioned earlier, it housed a large collection of coin-operated pianos and orchestrions gathered in the early 20th century. The Sutro Museum was closed in 1965. Its collection of instruments included many classics. Both collections were acquired by the writer in the late 1960s and distributed to various collectors and museums. Later, the Sutro Baths and museum building was in the process of demolition when it burned to the ground in a fire of undetermined origin.