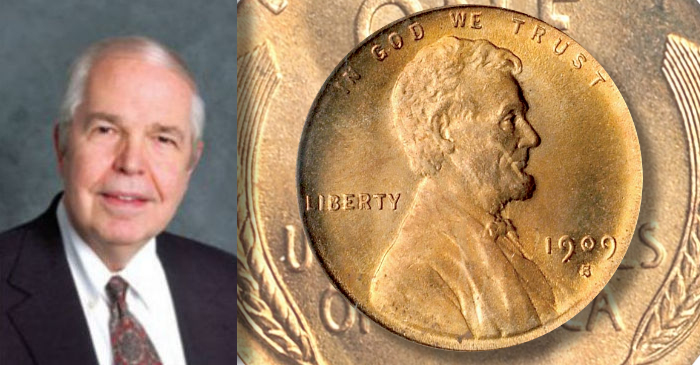 It was in the summer of 1952 when as a young teenager I saw my first copy of A Guide Book of United States Coins. At the time I was collecting rocks and minerals and stopped by to see Robert Rusbar in my home town of Forty Fort, Pennsylvania, where he kept a display. He showed me another interest—his album of Lincoln cents. In one of the openings on the first page was a 1909-S V.D.B. penny. He had bought it for $10 at the coin concession in Gimbel’s department store in New York City. I was fascinated, and as they say, the rest is history.

I began dealing in coins on a part-time basis to help finance my hobby interest. Each July the latest edition of the Guide Book was published. This meant I had to go through my stock and mark up each piece. Prices went up and up. Never down. Collectors knew for sure that a carefully-assembled display of rare coins was a sure-fire store of value. It was the general rule for many years. If you would like to confirm this, buy a few old copies and check the prices of years ago.

Investing in coins took precedence over the simple pleasure of just collecting them. More and more people began buying coins for their investment potential alone. This extended to issues dating back to the 18th century as well as to modern bank-wrapped rolls of Uncirculated coins. The last were generally available from the mid-1930s to date. Several dealers made a specialty of selling these rolls. Uncirculated was Uncirculated, and that was it. There were no nuances such as today’s MS-60 to 70, a range of 11 different grades. There were no generally agreed-upon grading standards. One person’s Brilliant Uncirculated might be another’s cleaned About Uncirculated. There were no commercial grading services either. One learned by doing.

All of this might seem strange, but not so when today in 2020 you contemplate most other fields of collecting. There are no grading standards for art, furniture, automobiles, rocks and minerals, or antiques—to mention some leading specialties. This adds to the fun of collecting as it makes knowledge necessary in order to form a fine collection. Gaining knowledge can be an exciting process.

There are some specialties in numismatics that still require quite a bit of knowledge to collect. Numerical grade can be one thing, but respecting value, the quality of strike and eye appeal can be something else entirely. If you are skeptical, go on the internet and download some images of 1652-dated Pine Tree shillings. There are many differences to be seen.

All of this is lots of fun. YOUR KNOWLEDGE comes to the fore!

Bowers on collecting: Just do it!