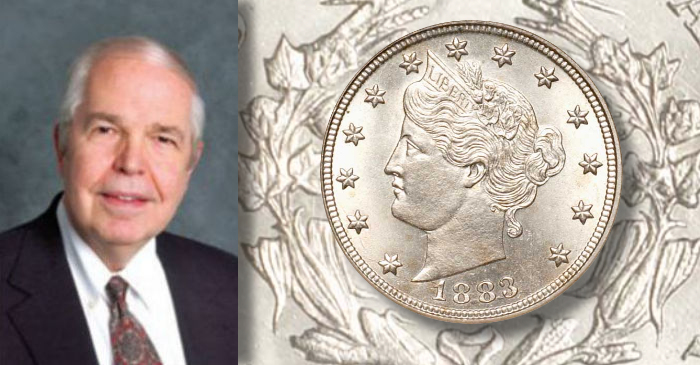 Apart from certain Morgan silver dollars, the most available issue of federal coins available in Mint State today is the 1883 without CENTS Liberty Head nickel. 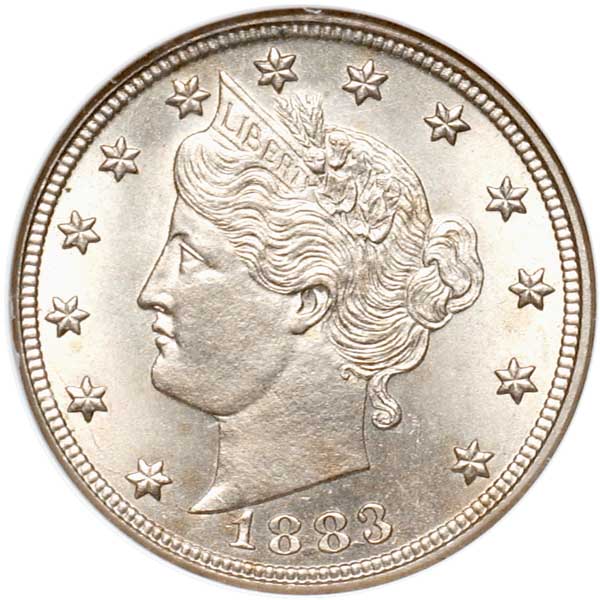 In early 1883 there were perhaps 10,000 to 20,000 people who collected coins in a systematic manner. No more than a couple thousand belonged to one or another of the societies. The American Journal of Numismatics was the magazine of record, supplemented by newsletters and auction catalogs. For two years Chief Engraver Charles E. Barber had been experimenting with a new design to replace the Shield-motif nickel in use since 1866. In 1881 and 1882 patterns with a Liberty Head were made — the visage of the goddess Diana according to some. Early in 1883, after the production of Shield nickels, the new Liberty Head nickel made its debut. The coin was beautiful. On the obverse, Miss Liberty was surrounded by 13 stars with the date below. The reverse had a wreath, an inscription around the border, and, at the center, the denomination given by the Roman numeral V, easy enough to understand as meaning five, as the current nickel three-cent piece, having been made since 1865, was denominated in Roman numerals as III. Similarly, the silver trime of 1851 to 1873, of which millions continued to be melted by the Treasury, was marked III. 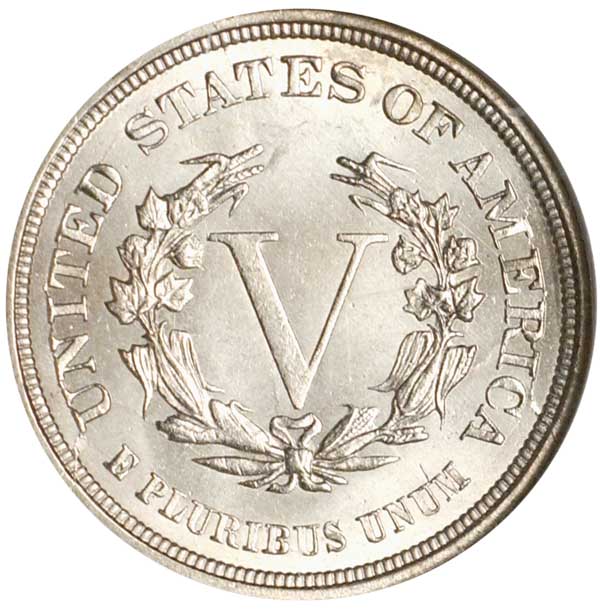 Almost immediately after the new nickels reached circulation, con artists realized that the diameter was about the same as that of the $5 gold half eagle, which also had a Liberty Head, but of slightly different appearance. The new nickels were given a plating of gold, and, in some instances, reeding was added to the edge in a machine shop. With their V denomination, they resembled a new design of the half eagle!

To avoid prosecution, the typical passer of the new “half eagle” tendered it in payment of something worth five cents, say a cigar. The shopkeeper or cashier, assuming it was a gold coin, returned $4.95 in change. If confronted, the passer said that he had given a regular nickel, gold plated, and it was the cashier who was at fault for thinking it was worth so much. The Secret Service was alerted and soon fielded several “operatives,” as agents were called, to arrest perpetrators across the country, including an intensive search on the West Coast.

The Mint reacted quickly and changed the reverse design by adding the word CENTS on the rim below the V. Newspapers picked up on the story, stated that the Mint had made a mistake, and that the Treasury was going to call in the CENTS-less nickels, after which they would have great value. By that time, 5,474,000 of the potential treasure nickels were in circulation.

The nickel rush was on!

All across America, men, women, and children scrambled to gather as many of these rarities as could be found. Nearly everyone was lucky. Some were able to squirrel away dozens. Interest spread to other kinds of coins. Almost overnight, the number of coin collectors multiplied, probably to 50,000 or even more. This ushered in an era of numismatic activity that saw dozens of people become dealers and over a dozen new magazines featuring rare coins, usually in combination with other collectibles such as stamps, fossils, autographs, and the like.

Coin auctions increased to a frequency of about one per week. In the meantime, nickels with the “corrected” design were struck to the extent of 16,026,200, but attracted no interest at all. As you read these words today, 1883 nickels without CENTS are very common in Mint State, and those with the word are dozens of times rarer in the same condition!

Suggestion: Add one to your collection!