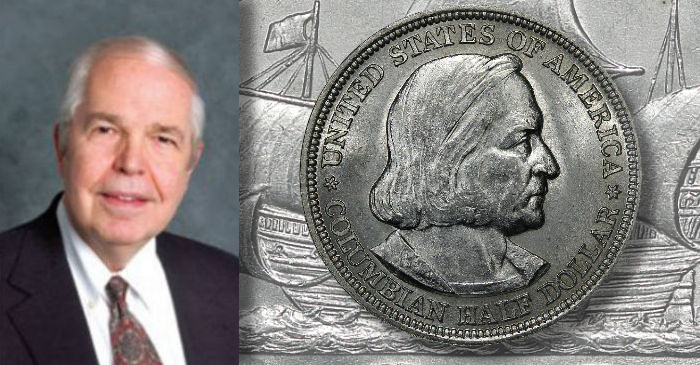 After sailing over the ocean blue, Christopher Columbus and his crew discovered America on October 12, 1492. It is not that America had been lost in the first place, as it was well populated by native tribes in the north and south. Thus was set the Columbus / Columbian scene that has been a part of American tradition ever since. In today’s era of political correctness, some have pointed out that Columbus took slaves back to Europe, and that in any event, there is no particular reason to honor him. Besides, the Norsemen were here centuries earlier. I won’t mention Theodore Roosevelt’s four books on “winning the West,” which should have been titled “stealing the West from the Indians.” Sometimes for the sake of tradition, it is not good to look at history too closely!  But, I digress. 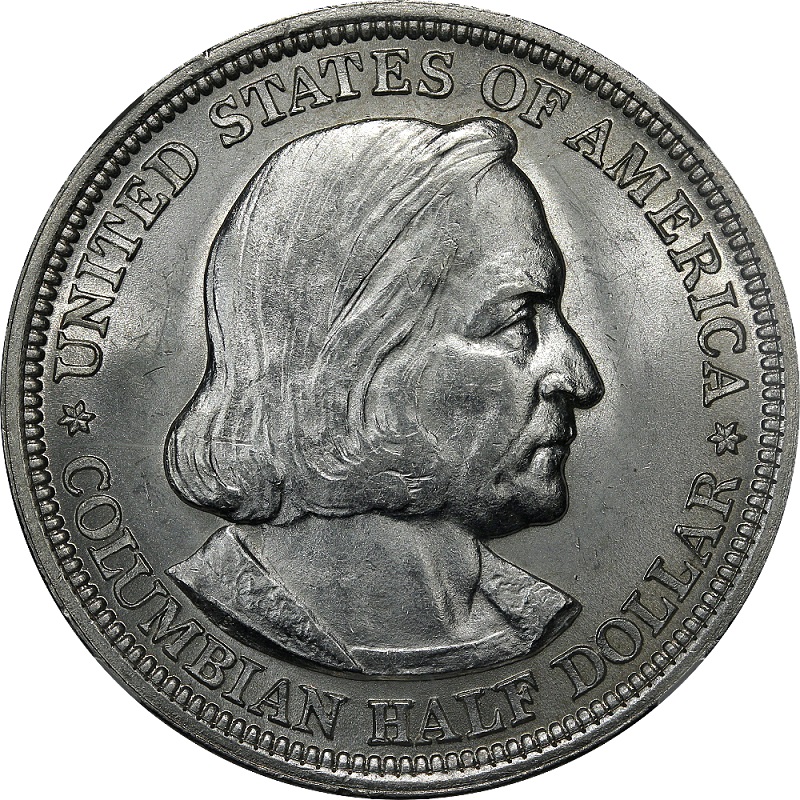 The obverse of the Columbian half dollar commemorative coin minted in 1892 and 1893. This particular coin is dated 1893 and is graded MS-62. Hover to zoom.

Back to the Great Discoverer, as some have called him. In numismatics, Columbus is remembered on coins, medals, and tokens. Best known are the souvenir (as they were lettered) half dollars of 1892 and 1893 issued in connection with the World’s Columbian Exposition that opened to the public in Chicago in 1893. There is room in every collection for one each of these, the prices of which are far lower than they were 30 years ago in 1989 at the height of the commemorative coin market.