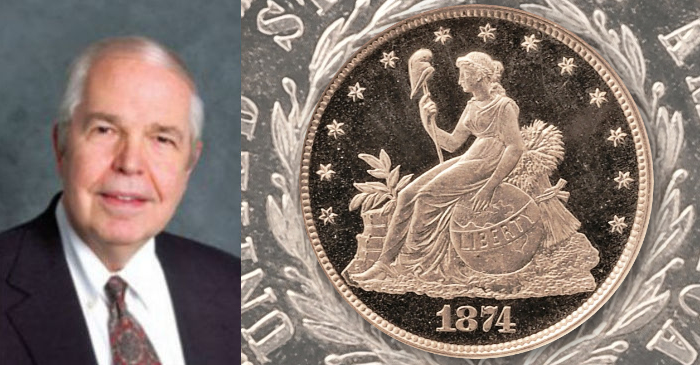 This week I conclude my commentary on 20-cent pieces per a question from  Matt from Santa Rosa, California:

When I read about the 20-cent coin that was issued by the mint only between 1875 and 1878 I hear about how no one liked the coin and they did not circulate. When I look to buy one for my type set most of what I see for sale is circulated coins. If the coin did not circulate where are all the Uncirculated 20-cent pieces?

The first regular coinage of this new denomination came in mid-May 1875 at Philadelphia, and this was followed the next month by limited coinages at the two Western mints. To say the least, there was very little inter­est by the public in the new denomina­tion. Like the Anthony dollar, market­place demand was initially underwhelm­ing. 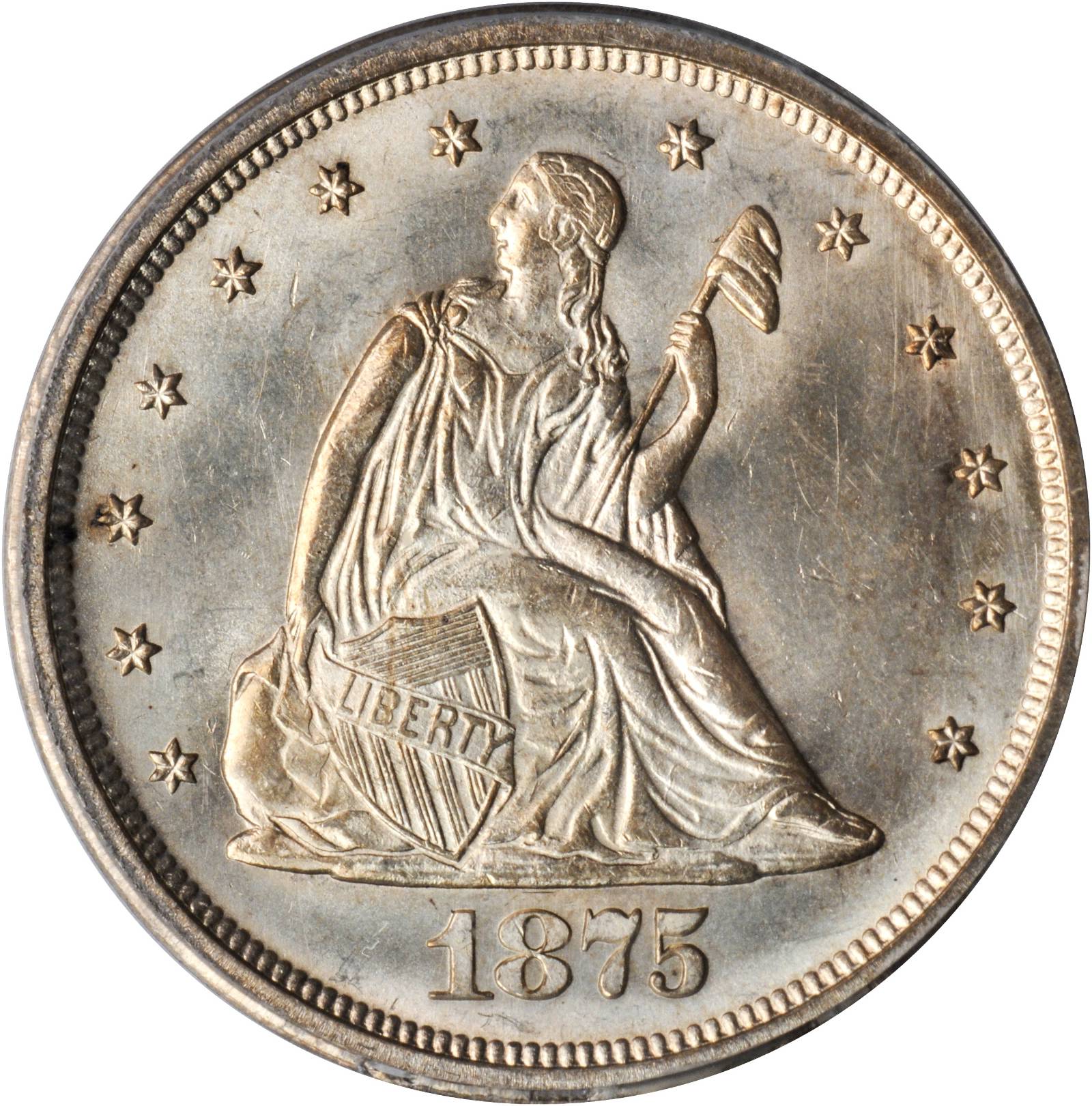 At San Francisco, however, public acceptance of the coin slowly began to grow, and by the end of the year, roughly 1.2 million pieces had been struck. It seemed at Mint officials, however, had overestimated the number needed and the 1875 coinage easily satisfied demand until the Treasury ordered exist­ing stocks melted in March 1877. The 1875-S coinage was the largest such emission and today is the source of most specimens on the numismatic market. Accordingly, this is the issue that is most easily available in Mint State or any other grade. As to the number extant in that grade, I will guess several thousand, mostly in lower Mint State ranges. The 1875 Philadelphia Mint 20-cent piece is many multiples rarer in Mint State, but the market price does not follow this, as Proofs are available to fill the demand for that date and mint. The 1875-CC is several times rarer than the 1875-S as well, but the price is not multiples. This is because the main demand for coins of this denomination is for type sets, and relatively few numismatics try to build a set of dates and mints. The stumbling block is a great rarity, 1876­-CC, of which fewer than two dozen exist. Although 10,000 were minted, most were melted. 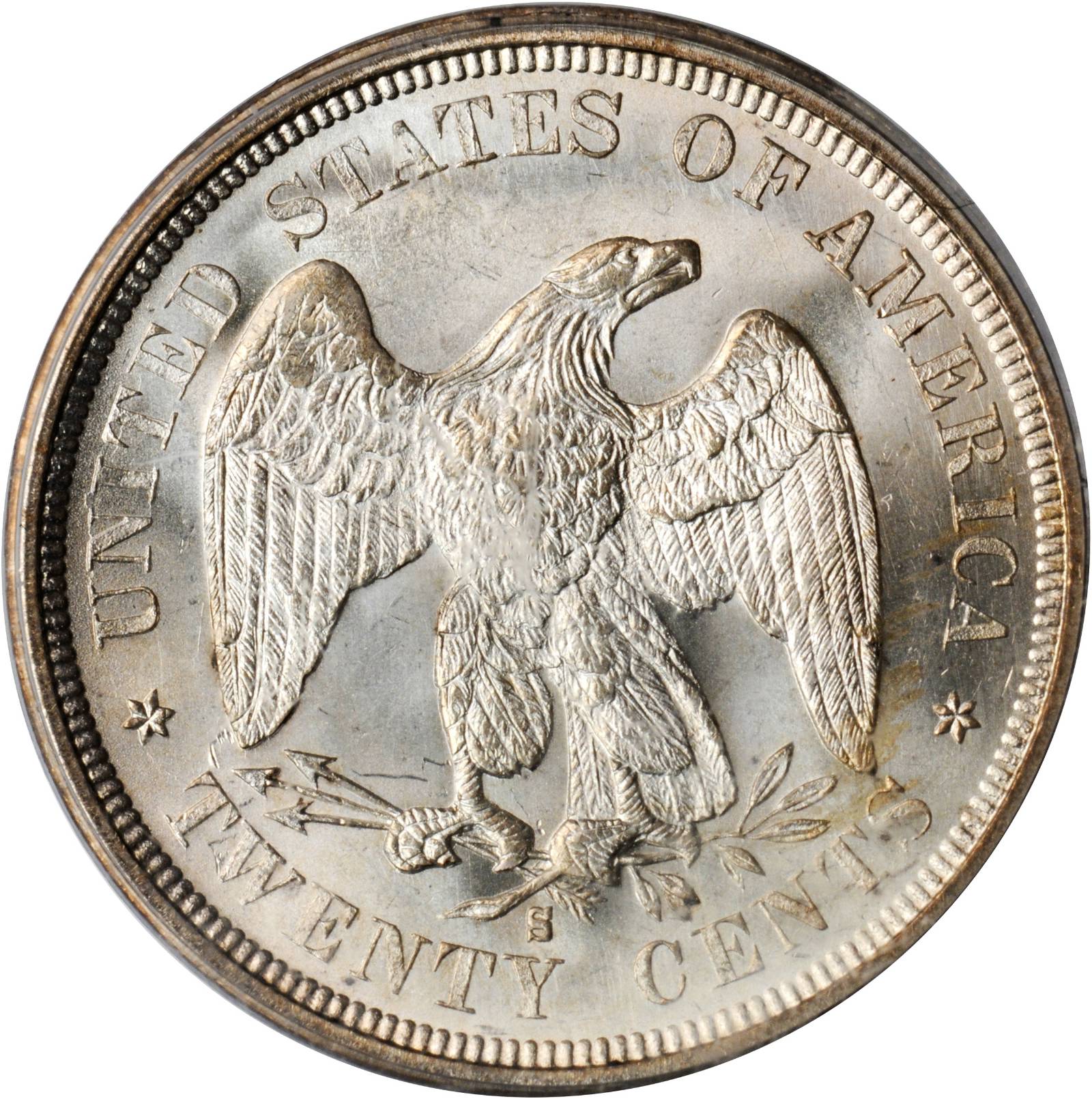 At Philadelphia, in 1875, there was little demand for the new coin. During May and June 1875, only 10,000 specimens were minted, and the next few months would see another 27,500. Most of these no doubt went to the curi­ous seeking a souvenir of a new denom­ination; very few of the Philadelphia coins went into circulation, a distinct difference from the West Coast where they were actually used, although not all that heavily. As mentioned, today the demand for high-grade coins is mainly filled by Proofs.

By the middle of 1876, government officials had begun to realize that the 20-cent piece was not going to circulate and the mintage of these pieces simply wasted time and effort by the Mint. In early 1877, the order went out to suspend coinage at all three mints, and in March of that year the existing stocks, except for Proof coins, were melted and the bul­lion used for other silver coinage. In May 1878, Congress threw in the towel and abolished the denomination. 20-cent pieces continued to cir­culate for a few years, mostly in the West, but by 1890 were rarely to be seen. It was the end of an interesting experi­ment.

As to Proofs, the easiest to find are the 1875 and 1876. The 1877 and 1878 are of lower mintages and are also in greater demand due to their Proof-only status (no related circulation strikes were made). Avoid dark and deeply toned pieces. Quality can be a problem.

Next week: Answering another question.