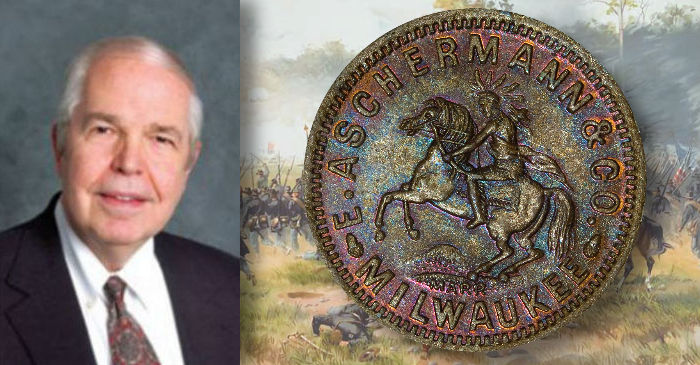 Forming a collection of money used during the Civil War can be an interesting pursuit. A full collection of such would include tokens, coins, and paper money and would run to over 1,000 varieties if scrip or private paper money notes were considered. A bit simpler plan is to have a type set showing representative examples of each of the major categories of money or money substitutes. Such a display would attract a lot of attention at a coin club meeting or attention. No area of American numismatics is as diverse!

This would include the following: 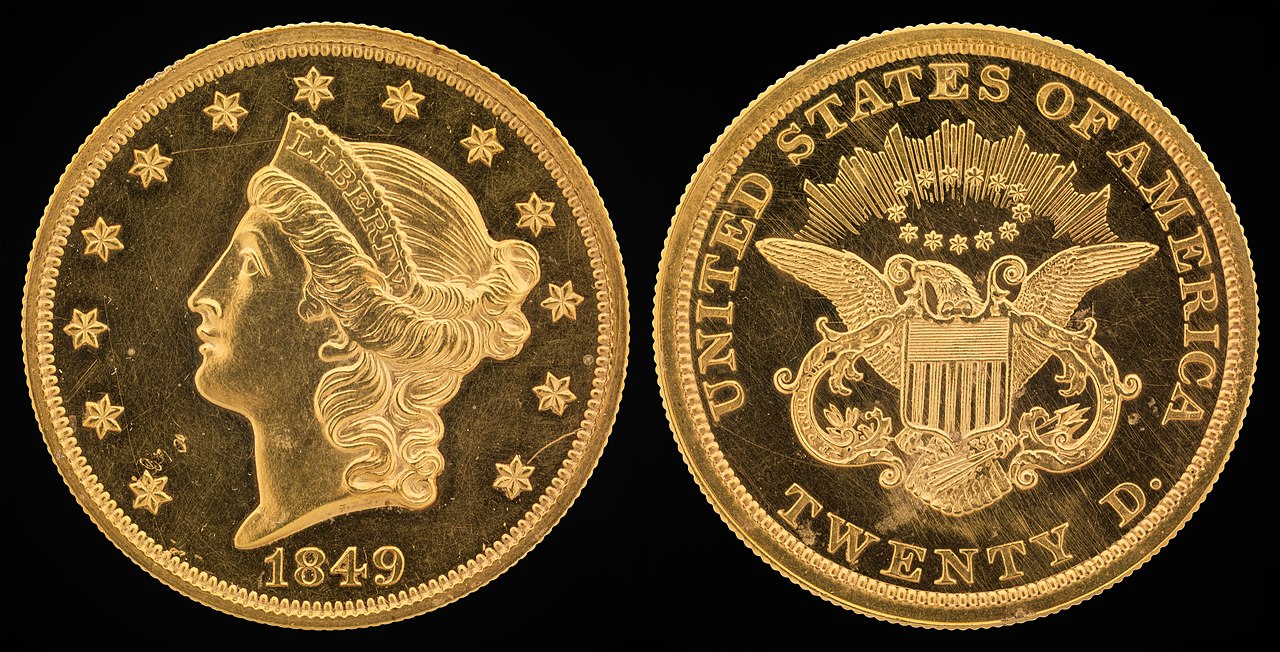 Federal coins ranging from the Indian cent to the Liberty Head double eagle. Denominations in copper and silver are easily enough obtained, plus the first nickel alloy coin, the three-cent piece of 1865. Gold coins include the $1, $2.50, $3, $5, $10, and $20, and can be a bit expensive. In any of these Civil War money categories, you can have just one example or you can have many, depending on your budget. 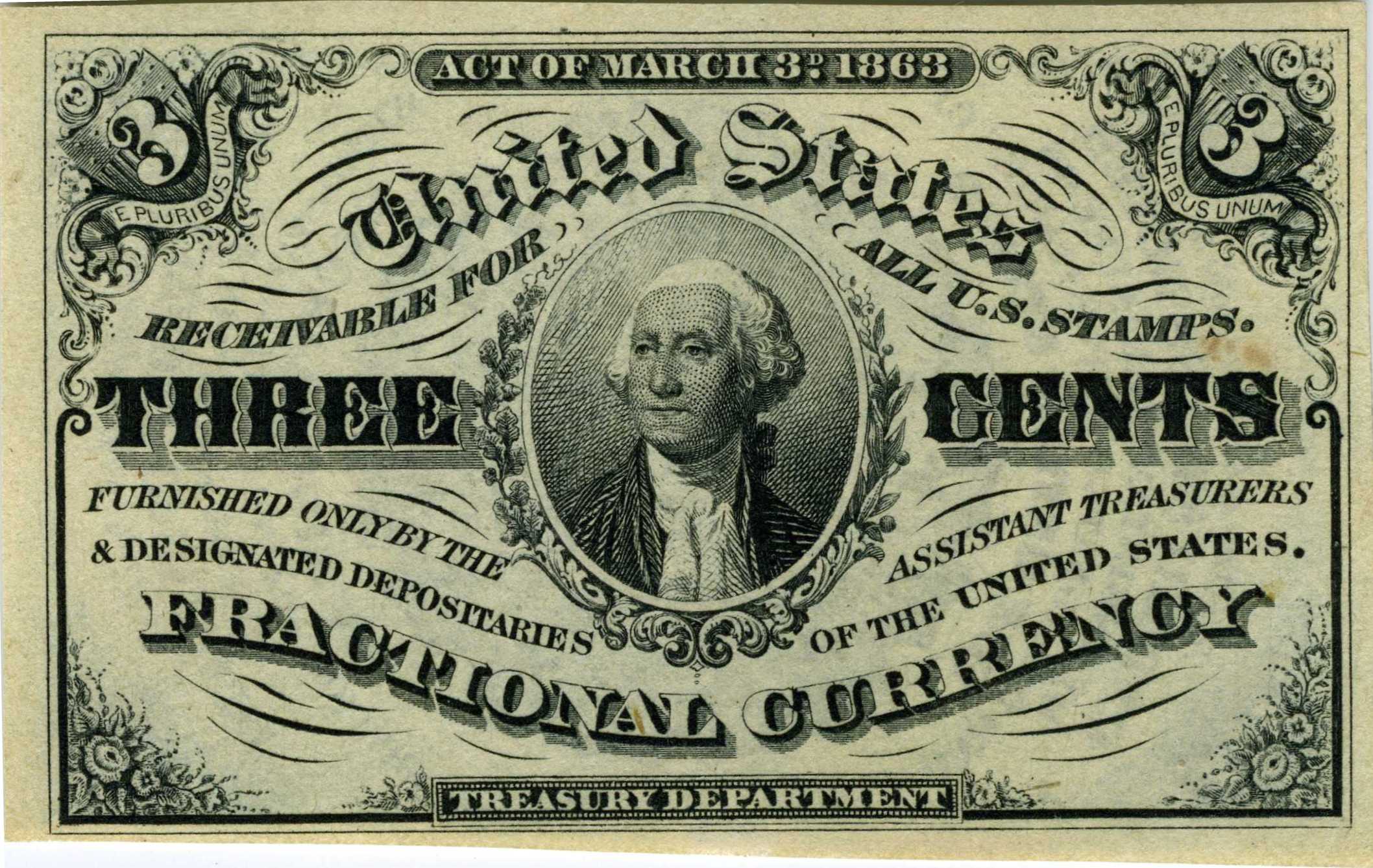 Federal paper money includes Postage Currency and Fractional Currency notes of denominations from three cents to 50 cents. One denomination of each of the two series would make a nice display, or you can show the various denominations, including the unusual value of 15 cents. These are colorful and inexpensive.

The obverse of the first $1 bill, issued in 1862 as a legal tender note featuring Treasury Secretary Chase.

For a type set of regular currency, perhaps a single representative note such as a Legal Tender bill of 1862 would suffice. Beyond that, there are many possibilities, some very expensive, including various interest-paying series, Gold Certificates, and National Bank notes. Add to this one or several notes issued by state-chartered banks from 1861 to 1865, most bearing dates from 1861 to 1863. There are hundreds of different varieties, and most are inexpensive. 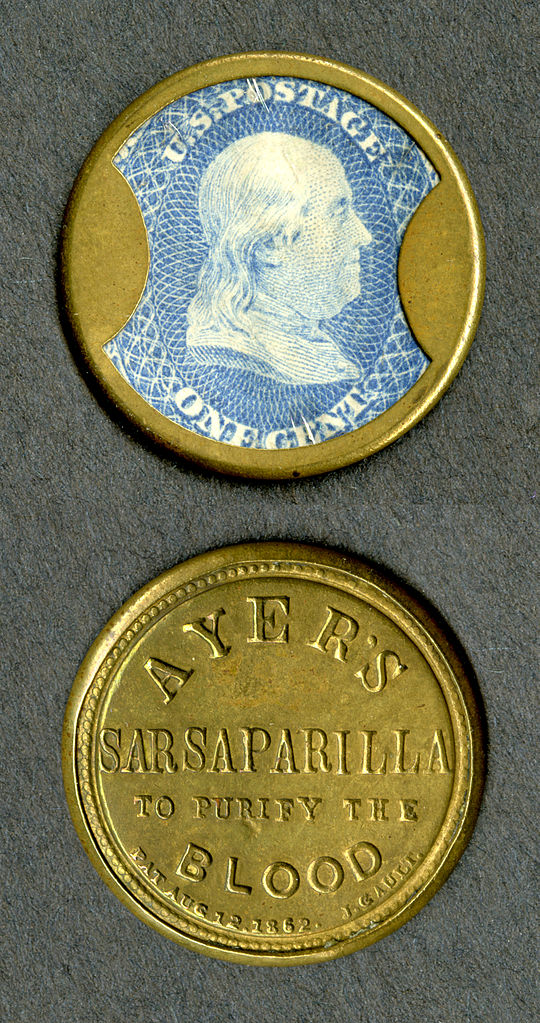 Encased postage stamps were issued beginning in the summer of 1862 by over 30 merchants. These consist of a brass frame with mica front, under which a regular postage stamp of a value from one cent to 90 cents was placed. These circulated at the value of the stamp and are widely collected today. A representative inexpensive issue would fill the bill. Lord & Taylor is the only token-issuing merchant that is still in business today in 2018. 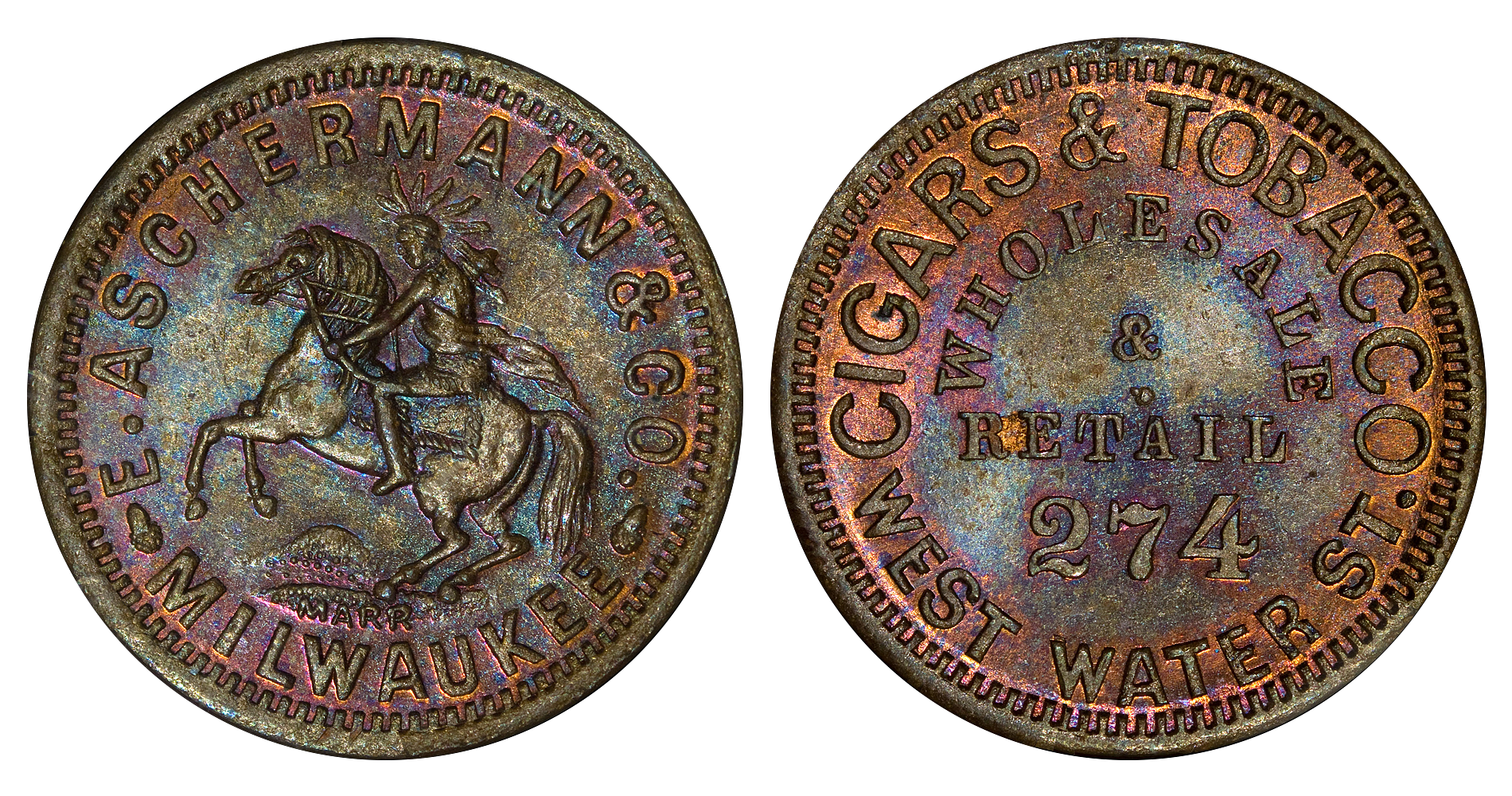 A store card token that was designed by Mossin and Marr, on behalf of Edward Aschermann & Company, a cigar maker in Milwaukee, Wisconsin. The token was issued in 1863 or 1864.

Tokens: These are in two main classes. Civil War tokens were issued by private interests and have patriotic motifs as well as merchants’ advertisements. A set could include one example in each category. These are very inexpensive, and in grades such as Extremely Fine to lower Mint State, ranges can cost less than $100 each. A bit scarcer as a class are sutler tokens, issued by merchants who had licenses to travel with military troops and to operate stores selling clothing, games, books, and other items. These generally range into low three figures. In practice, most collectors of Civil War items are specialists. Those who collect Civil War store cards issued by nearly 1,000 different merchants are not likely to collect gold coins from the Civil War, and those collecting National Bank notes are not likely to collect encased postage.


The entire field is interesting and is worth investigating. Money and history come together very nicely.