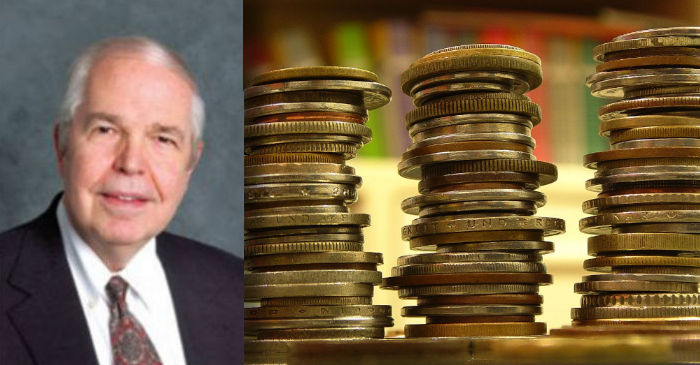 “Times are a’ changin,” as the old song goes. In numismatics, a number of things have impacted the hobby. The Internet has made communications instant. It is no longer “in” to go to an American Numismatic Association (ANA) or other convention to learn information. Such events remain desirable, but there are far fewer than there were 30 or 40 years ago. In August 2000 over 20,000 people attended the ANA convention in Philadelphia. August 2018 will see the show returning to that city. I will guess that the attendance will be lower.

Millennials—which, I think, includes people born since 1990, use up their recreational “capital” on iPhones, Facebook, and you name it on the Internet. Collecting anything—stamps, coins, sports cards, or whatever—is not what it was to their parents.

The media are plastered with “rare coin,” silver, and gold offers, including many coins in holders with high grades such as 69 or 70 that sell for high prices but have no realistic resale value. To the uninitiated, MS-70 seems to imply rarity and value. And, if it were just about any coin minted more than 50 years ago that would probably be true. However, for modern Mint coins sold at a premium to collectors, nearly all are 69 or 70; such coins are extremely common. When buyers try to resell and learn that, out of the hobby they go—never to return.

A coin budget can be spent in an afternoon on the Internet, after which there is burnout and newcomers leave. With no money left, the excitement of adding to a collection is lost. In contrast, decades ago it took a long time to carefully form a collection.

Gary Adkins, president of the ANA since last August, has been soliciting ideas from the ANA Advisory Council and others for how to improve and strengthen the ANA as it moves forward—now with many fewer members than it had decades ago.

Here are some of my ideas:

As a selectman of the Town of Wolfeboro (decision-making entity for a large town, many employees, $27 million annual budget), I and the other selectmen have been working with the University of New Hampshire on their Business Retention and Expansion program. This evaluates what various towns and cities in NH have today as assets, how the Internet, big-box stores, and other factors irreversibly changed things, and how towns can preserve their status quo, survive, and in many instances, expand. I and other selectmen have attended a number of workshops on this.


Here are what I consider observable realities, a matrix for the ANA to seriously explore:

I wish Gary Adkins the very best in expanding the ANA and if called upon I will do my best to help.