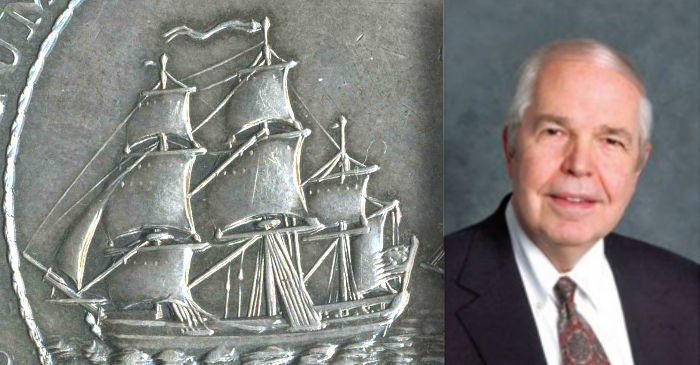 Welcome to the latest installment in my series on the subject. I highlight some of those featured in the best-selling Whitman book, 100 Greatest American Medals and Tokens. This week I feature the Washington and Columbia medal, one of my all-time favorite items in American numismatics. I own a very nice example in the bank but still appreciate it every time I look at a photograph of it.

The 1787 Washington and Columbia Medal — An Early American Classic

Before showcasing this medal, I will share some background information about how my interest was spawned. In 1979 John J. Ford, Jr. contributed the foreword to my book, Adventures With Rare Coins, a commentary telling of a collector friend and the appeal a certain medal had to him:

Ted Craige was once offered a specimen of the extraordinarily rare Washington and Columbia medal. It fascinated him, and after establishing what it was, he located a book titled Voyages of the Columbia to the Northwest Coast 1787-1790 and 1790-1793 by F.W. Howay.

Early on, he and I discovered that the particular piece he had been offered was spurious, a cast copy, but Ted read the book from cover to cover (all 518 pages) anyway. Once he got started, he couldn’t stop. Once he completed the book he couldn’t bear to part with it; it just had to be in his library. He even wanted to keep the fake medal, but the price prohibited it.

His enthusiasm grew as he researched the origin of the medal, the controversy concerning the diesinker, the purpose of issue, and other details. To my knowledge, he never owned a genuine specimen of this rare medal, but he certainly knew as much about it as any numismatist of my acquaintance.

Well, to me, this was so interesting that I had to get a copy of the Howay book. There was no Internet then, so this involved some letter writing. Finally, I tracked one down, after which I spent the next several evenings reading it cover to cover.

Then I simply had to own one! After some effort, I found a very nice example and I didn’t stop there. With my fine friend Anne Bentley, curator of the Massachusetts Historical Society, I learned more, studied the several examples in the MHS collection, and delved further into history.


Now, here is the information from the 100 Greatest Medals and Tokens book: 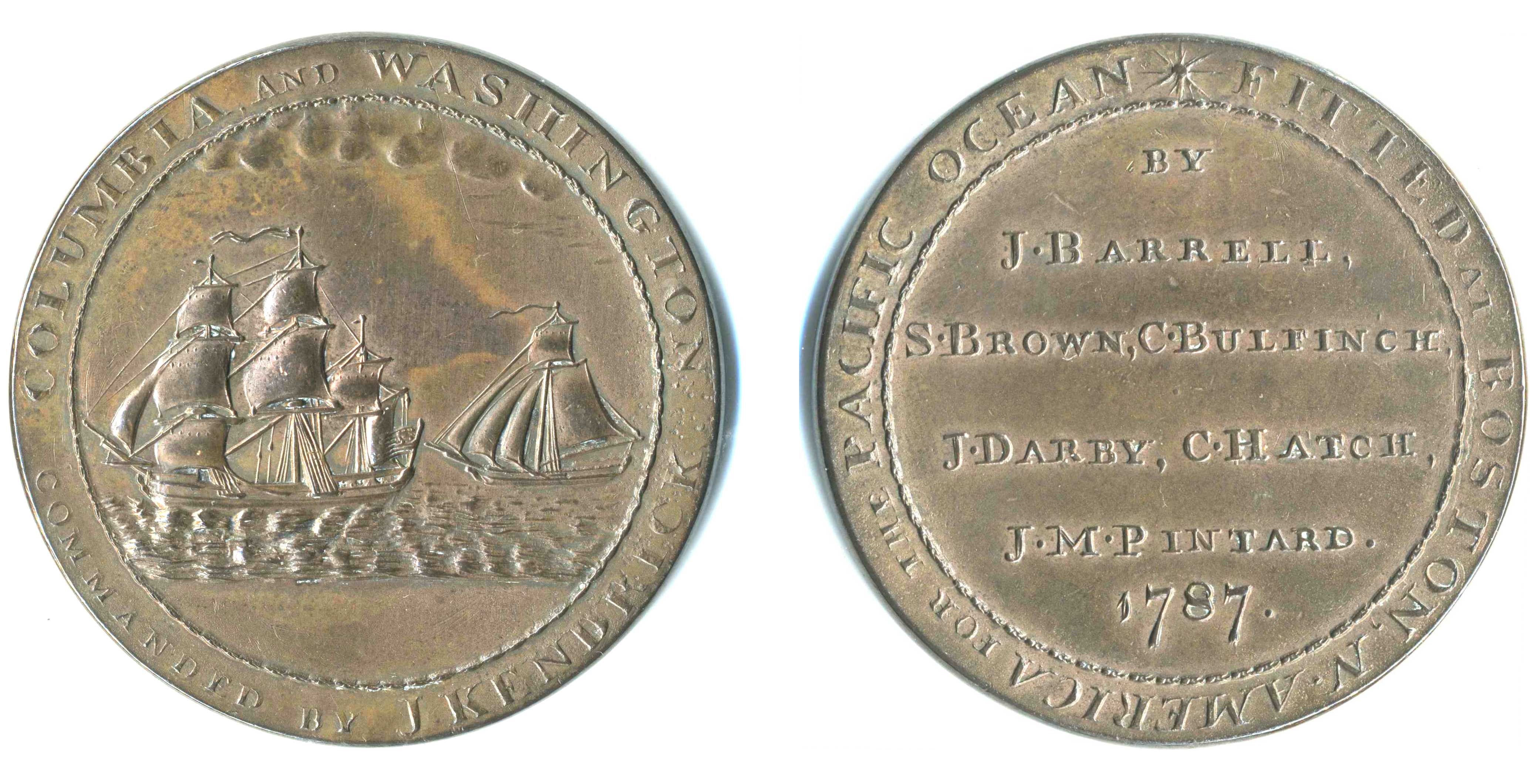 Copper impression of the Columbia and Washington medal presented in 1791 by John Barrell to the newly formed Massachusetts Historical Society, the first such society in America. Paul Revere, another contributor, saw the medal and offered to smooth and trim its edge, which he did by giving it a rounded rather than vertical format. The Society also has silver and white metal impressions.

By any account the Columbia and Washington medal is one of America’s most historical and important. In 2005 Anne Bentley, curator of the Massachusetts Historical Society, stated that this medal was the most important item in their collections. This piece is shown above.

Depicted on the obverse of this 40-millimeter medal are two ships and the inscription, COLUMBIA and WASHINGTON, commanded by J. KENDRICK. The Columbia Rediviva, usually called the Columbia, was an 83-foot-long full-rigged ship which displaced 212 tons. A consort was provided for her by the Lady Washington, under Captain Robert Gray, usually cited simply as the Washington, a sloop of 90 tons. Interestingly, the dropping of the Lady in popular usage has resulted in some demand for this medal by collectors of George Washington numismatica.

The reverse bears the inscription Fitted at Boston, N. America, for the Pacific Ocean, by J. Barrell, C. Brown, C. Bulfinch, J. Darby, C. Hatch, J.M. Pintard, 1787. Charles Bulfinch was one of America’s best-known architects. The dies are attributed to Joseph Callender, who also cut dies for 1787 and 1788 Massachusetts copper coins. There were two reverses made: the 1st and the 2nd, with slight differences in the arrangement of the lettering and ornaments.

The ships were set to sail from Boston to explore the distant coast of the Pacific Northwest in the area now known as the states of Oregon and Washington. Medals were struck, some say by Paul Revere. A few silver impressions seem to have been for presentation to the ship’s owners, in addition to some white metal pieces as well. Comprising most of the production were several hundred copper examples to be taken for distribution to Native Americans. Also taken were newly minted 1787 Massachusetts half cents and cents.

The ships set sail on September 30th of that year, with Captain John Kendrick in charge of the expedition. They traveled together until at Cape Horn (at the tip of South America) they separated, not to see each other again until they arrived at Nootka Sound on the Northwest Pacific coast.

Today, the larger ship is remembered in the name of the Columbia River, first seen by Captain Gray. The voyage was the first in which the American flag was carried to the region of the Pacific Northwest. The Columbia returned to Boston on August 9, 1790, having made history as the first American vessel to have circumnavigated the globe. 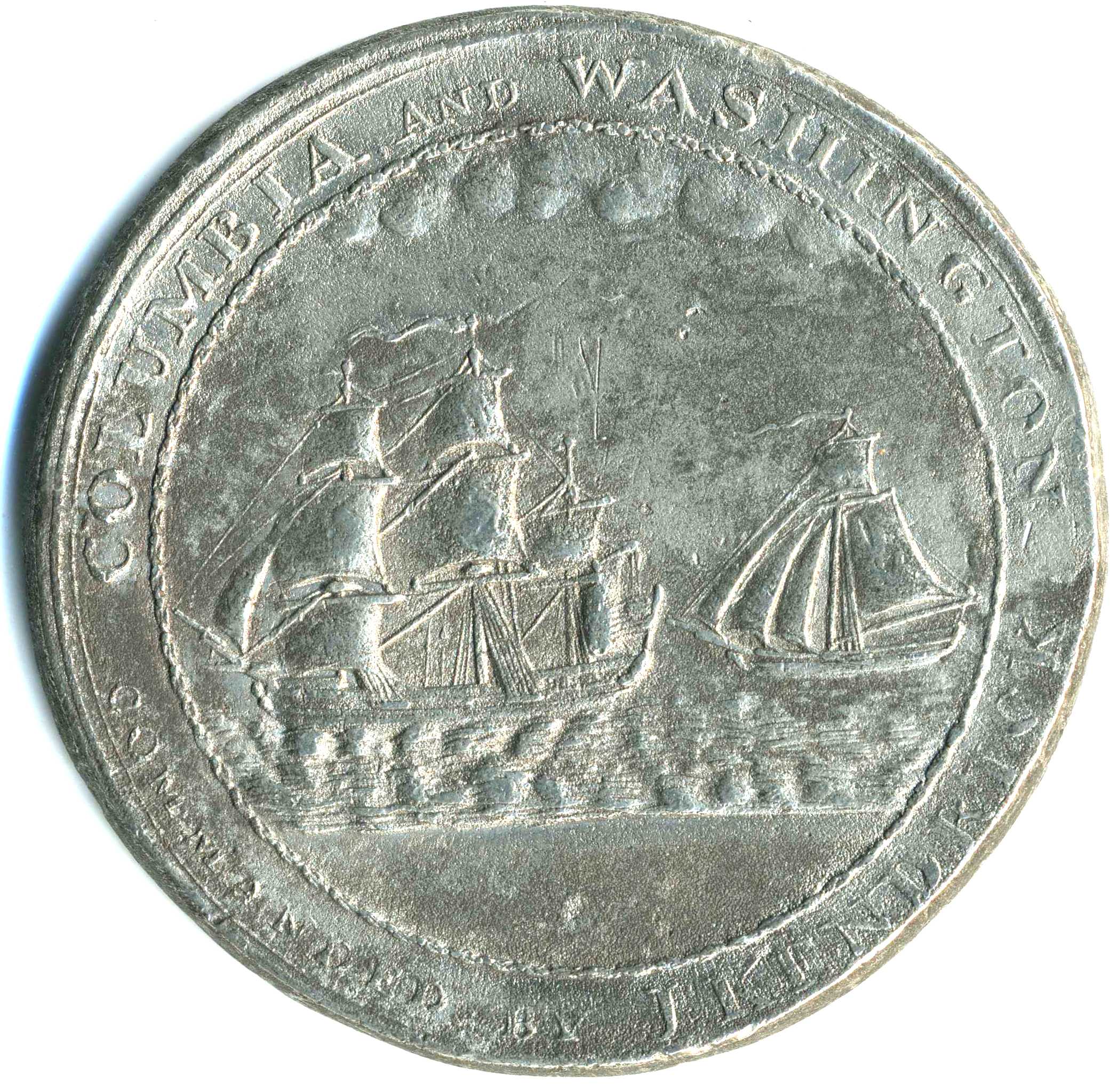 The 1st reverse as illustrated by a white metal example in the Massachusetts Historical Society collection. Note the rosette at the top center border.

Commentary: Values are highly conjectural due to the extreme rarity of these medals. A superb high-grade copper medal in the Massachusetts Historical Society, presented by one of the voyage’s planners, is the key item in that museum and is priceless.