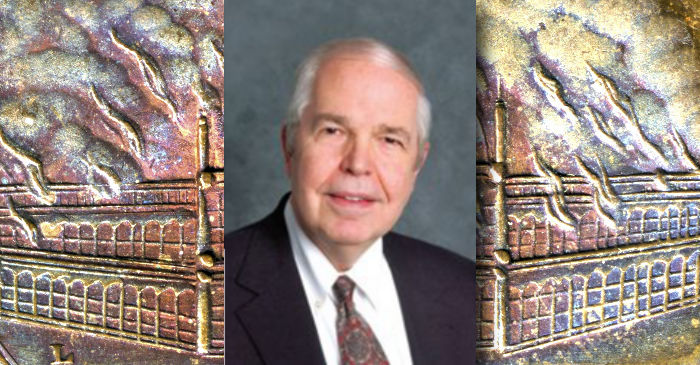 Welcome to the second installment in my series on the subject of American medals. I highlight some of those featured in the best-selling Whitman book, The 100 Greatest American Medals and Tokens, now with additional comments and updates. Today I discuss medals in general and their definition.

What is a token? What is a medal? Kenneth Bressett, long-time editor of A Guide Book of United States Coins and always a good source for consultation, suggests that, for starters, coins are metal pieces “issued by a government or other authority to serve in commerce as money.” Tokens are “issued by entities other than governments, but have a value in exchange for goods or services.”

Medals form a separate challenge, and it seems that in checking around, definitions suggested by well-known experts can vary widely. Medals and their little cousins, medalets, might be — per our thoughts — created for awards, commemoration, recognition, and tradition with no exchange value of any kind. Medals did not circulate. They were usually sold as souvenirs or mementos and are usually seen today in Mint State grade (or close) or in Proof format.

A medalet, or small medal, has a rich tradition. Political campaign medalets sized mostly below 29 millimeters were struck in quantity beginning in the 1830s. In the 1850s, George H. Lovett and Augustus B. Sage called certain 31 millimeter (approximately) pieces medalets, such as in the Odds and End series started with one depicting the blaze that destroyed the Crystal Palace in October 1858. Perhaps a medalet should be a medal measuring 32 millimeters or smaller. We’ll leave it up to numismatic lexicographers to decide. 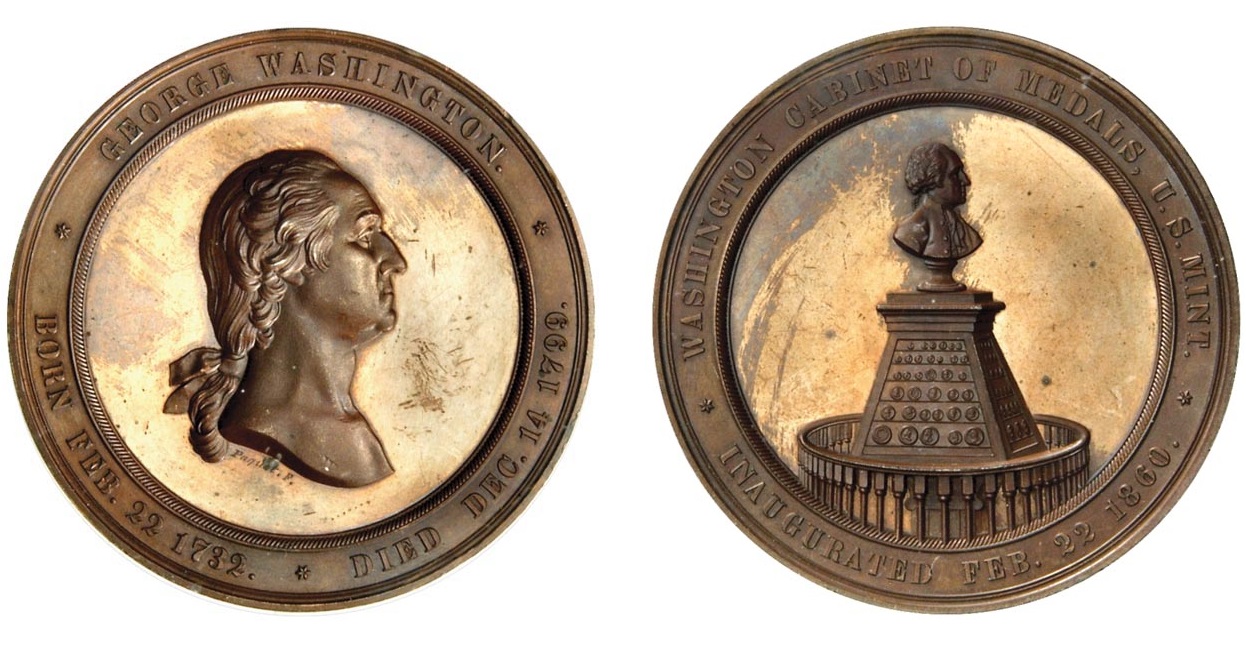 Some contributors to the 100 Greatest book suggested that tokens are tokens and medals are medals, and never the twain should meet. However, this defies tradition. For a long time — indeed, back to the cradle days of numismatic auctions in the 1850s and 1860s — they were usually collected by the same specialists. Someone interested in political medals usually finds Hard Times tokens to be interesting, and whether certain medalets of the late 1850s should be called tokens, medals, or medalets succumbs to various opinions. Perhaps the very name of the Token and Medal Society says it all. R.W. Julian, in the introduction to Medals of the United States Mint: The First Century 1792-1892, reminds us that exonumists “are those who collect tokens and medals.” 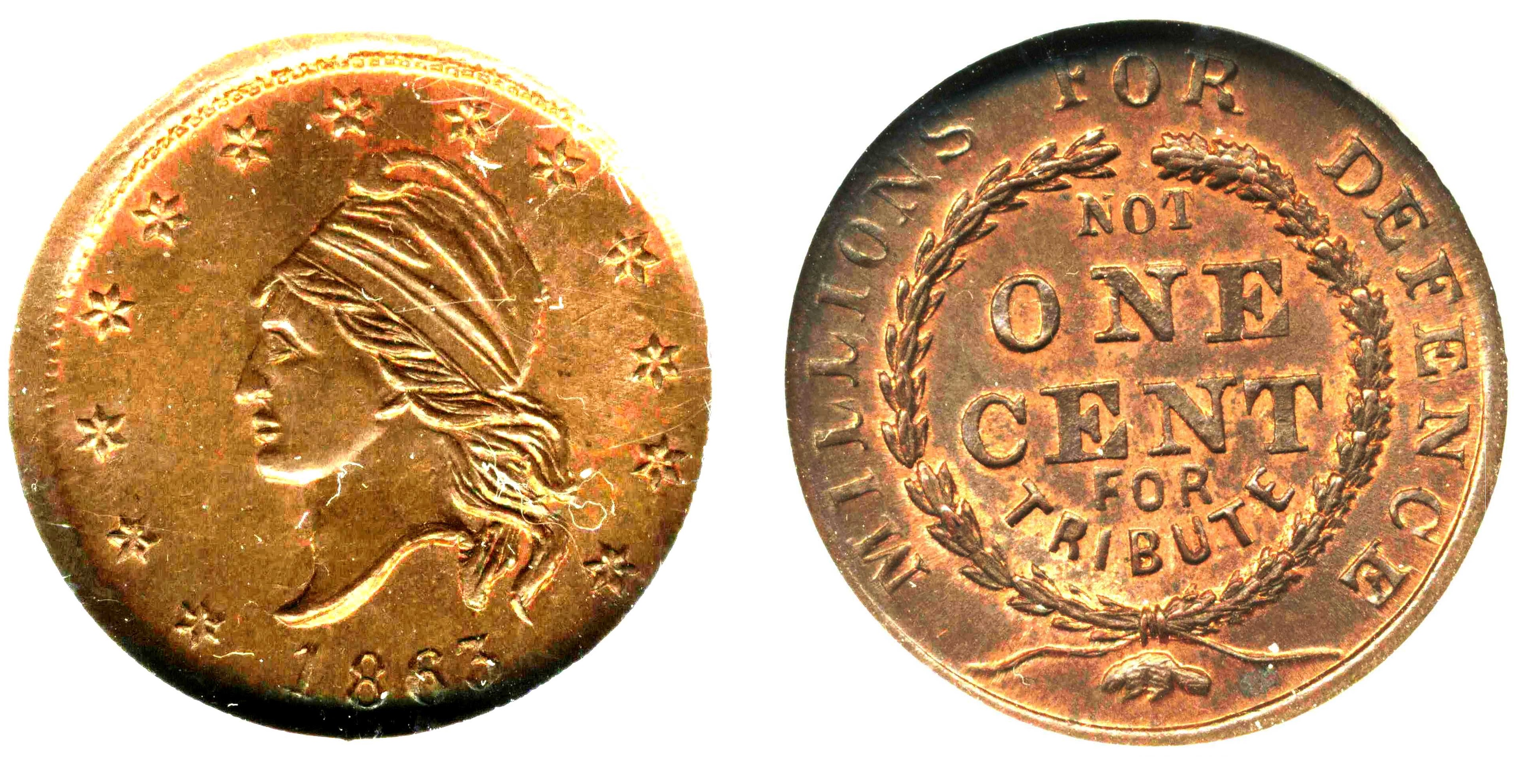 In 2015, when the Civil War Token Society published the United States Civil War Store Cards, 3rd edition, a lot of medals were added. The work was the result of many contributors. I did most of the narrative in the front matter. Others wanted more things added; I did not. I agree with Ken Bressett’s definition: A token is intended as payment for goods or services (plus strikes in off-metals made for numismatists using the same dies).

The Medal Collectors of America group publishes the MCA Advisory, which is quite focused on medals, with no Civil War or other tokens in sight.


In continuing with this column I will stay with medalets, medals, and tokens — which I love dearly — and they will be the subjects of articles elsewhere.

Returning to the 100 Greatest book, to have suggested that the greatest medals are those with the highest market values would have been an insult to history and art — being simply a nod to the commercial arena of the moment — which might be different a generation from now. To have suggested that the greatest pieces are the rarest would have been a similar discredit — rarity really says little about the importance of a medal. Last week’s medal, the Libertas Americana, was neither the rarest nor the most expensive. It was voted number one primarily for its historical significance.