Alexandre Vattemare was quite the character and personality. He lived two lives, and was famous in both. However, few people in the 1820s through the 1850s, when he was most active, knew they were the lives of a single man. Q. David Bowers explores this juxtaposition in a fascinating new book, Alexandre Vattemare and the Numismatic Scene, which, in addition to those two lives of this rare individual, also lays out Vattemare’s importance in the world of coins and medals.

Most popularly, early in his career, Vattemare was known as an entertainer, “Monsieur Alexandre,” a celebrated ventriloquist who performed around the world, including before the crowned heads of Europe. In his youth he had trained as a surgeon, but his voice-throwing shenanigans once kept him from a medical diploma: apparently it wasn’t kosher to make cadavers speak during dissection.

On the other hand, later in life (building from the wealth he accumulated as a performer), Vattemare was a champion of public libraries and the international exchange of material culture between libraries and museums. He saved many institutions from throwing away vast treasures or unknowingly allowing them to molder unappreciated. One of many examples Bowers gives: in Albany, Vattemare found a room knee-deep in old historical documents of New York State, reminiscences of British colonists, and similar papers. These were potentially doomed to be used as filler to pack books for shipping! Instead Vattemare recognized their value and, through his encouragement, they were properly preserved and cataloged for posterity.

Alexandre Vattemare could have misused his deep knowledge to plunder neglected collections for his own enrichment. Instead he spent decades as a philanthropist, lobbying for education and intercultural exchange. He pushed tirelessly for the organization of America’s disorganized libraries and state archives, and for duplicate books and historical specimens to be exchanged in particular between institutions in the United States, his native France, and Canada. Librarians today revere him as a main figure in the founding of the Boston Public Library.

Days before John Quincy Adams died on February 23, 1848, the ex-president was about to officially endorse Vattemare’s literary-exchange programs. He was carrying a paper of his endorsement when he had a stroke on the floor of the House of Representatives.

Bowers has explored the existing historical record on Vattemare, which includes local newspapers from the 1800s, public documents, official letters, legislation, and other such sources. He doesn’t rely too heavily on conventional wisdom—which, in the numismatic world, often includes the musings and meanderings of the late Walter Breen. Bowers notes that Breen included many comments about Vattemare in his Complete Encyclopedia of United States and Early American Coins (1988), but that most of them were speculative. (One sample three-sentence passage from Breen includes the words probably, may account for, and might have.) “Any and all Breen information must be verified elsewhere,” Bowers notes.

As he does in all his research, Bowers rolled up his sleeves, pounded the pavement, dug into collections, and picked the brains of the best and brightest in the numismatic community in order to craft this outstanding biography of Alexandre Vattemare. He commissioned researcher Roger W. Burdette to examine thousands of Mint-related records in the National Archives, looking for (but not unearthing) definitive proof of Vattemare’s visit to the Mint Cabinet, said to have occurred in the late 1830s. As David Gladfelter observes in his foreword, “A thorough writer does not leave a stone unturned if the stone is there to be turned.” 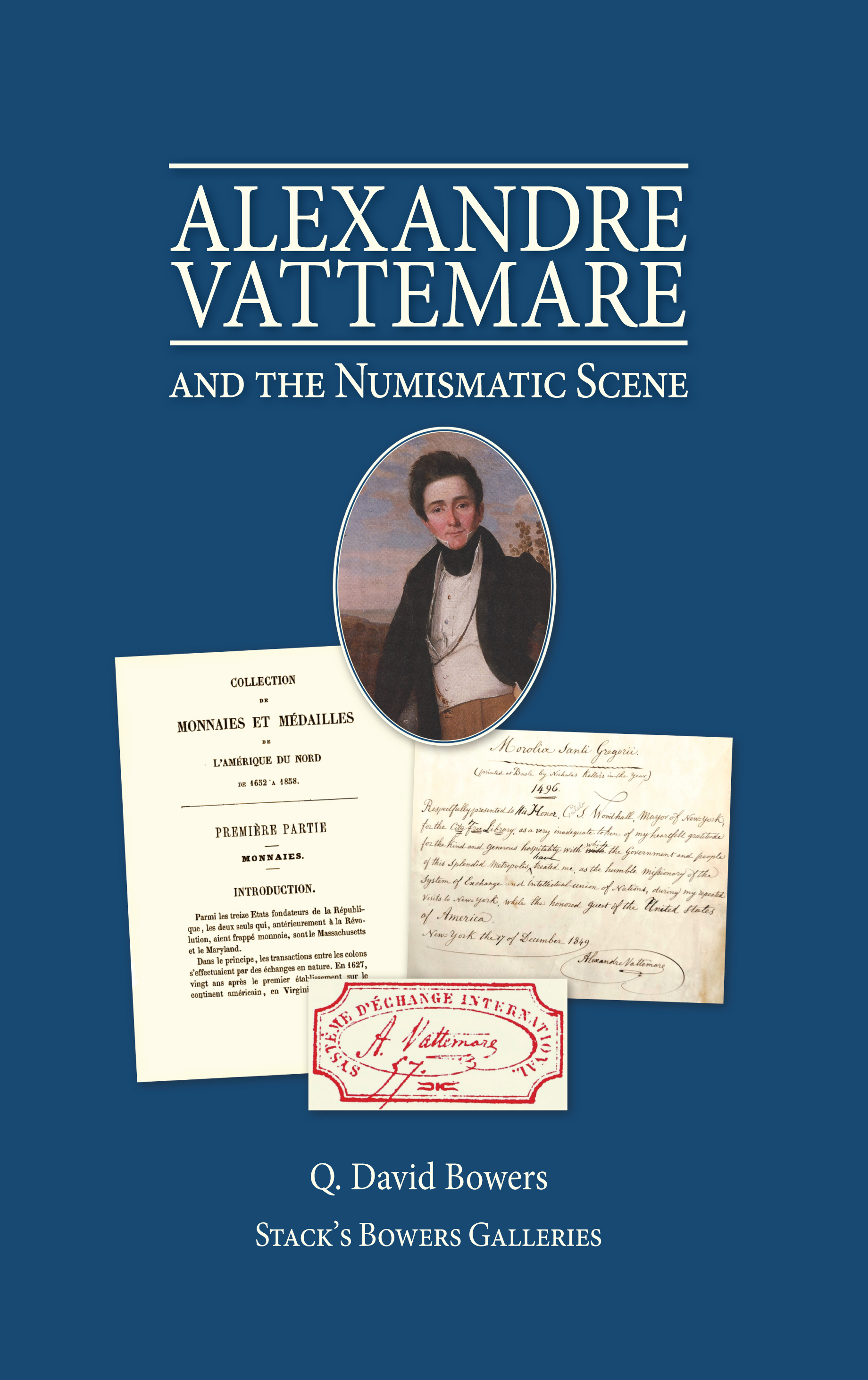 If you ever find yourself feeling complacent or overconfident in the world of coins and collecting, like you’ve seen it all and know it all, get yourself a copy of Alexandre Vattemare and the Numismatic Scene. You’ll be immersed in worlds you likely didn’t know existed, with connections you didn’t know connected. Kudos to Q. David Bowers for skillfully weaving together the strings of numismatics, library and museum science, American and European history, and—who knew?—the entertaining and perplexing art of ventriloquism.

Dennis Tucker is publisher at Whitman Publishing, a former governor of the Token and Medal Society, and the numismatic specialist of the U.S. Treasury Department’s Citizens Coinage Advisory Committee. He is the author of American Gold and Silver: U.S. Mint Collector and Investor Coins and Medals, Bicentennial to Date.