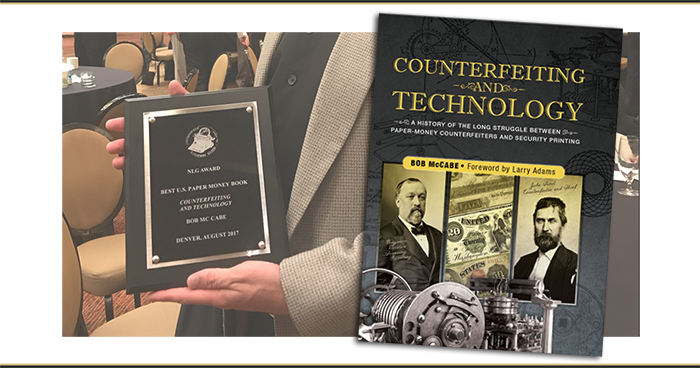 Last night, at the World’s Fair of Money in Denver, Whitman author Bob McCabe won the Numismatic Literary Guild’s “Best Specialized Book” award for Counterfeiting and Technology: A History of the Long Struggle between Paper-Money Counterfeiters and Security Printing. The book was entered in the U.S. Paper Money category (which, incidentally, was won the previous year by another Whitman author, Q. David Bowers).

The author was unable to attend, so Whitman publisher Dennis Tucker accepted the award on his behalf. 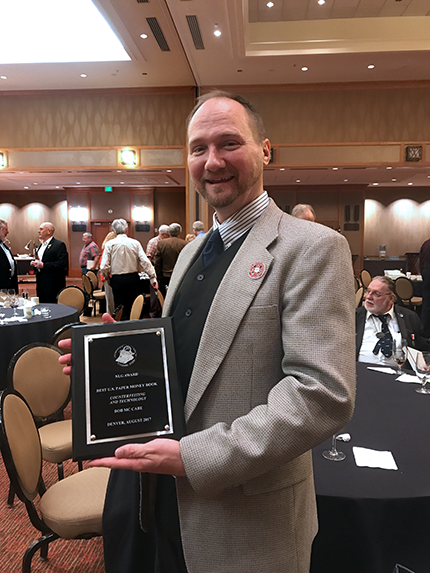 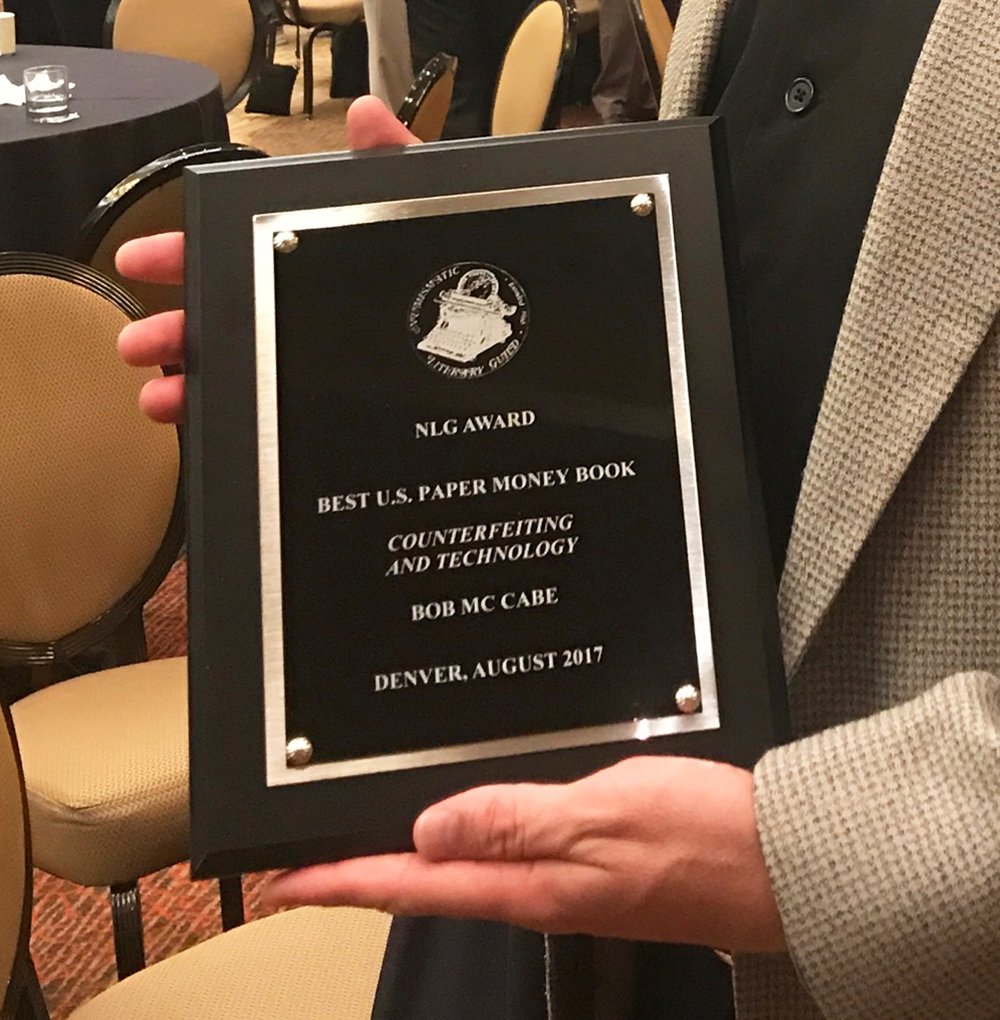 Counterfeiting and Technology delves back in history to the first known printing of paper money (which took place during China’s Tang dynasty) and follows the technology’s journey from East to West. It balances a study of the chemistries and inner workings of printing with tales of daring heists, escapes, and manhunts as the battle between counterfeiters and authorities grew more and more complex with the technology at hand. (Click here for a detailed review of the book.)

The awards ceremony, emceed by Scott Travers, was part of the Numismatic Literary Guild‘s annual bash, which took place at 8 p.m. in the Sheraton’s Plaza Ballroom.