On June 25, 2015, representatives from the United States Mint and National Park Service held an official launch ceremony for the 2015 Blue Ridge Parkway Quarter. This represented the twenty-eighth release within the America the Beautiful Quarters Program and the halfway point in the program. 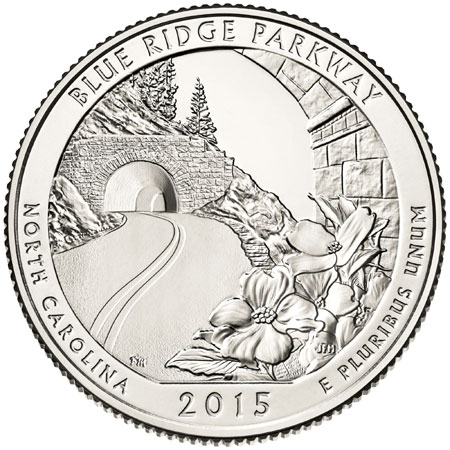 The reverse design of the coin depicts the grace and curvature of the road hugging the side of a mountain, with the North Carolina state flower in the foreground.  Inscriptions are “Blue Ridge Parkway”, “North Carolina”, “2015”, and “E Pluribus Unum”. The obverse of the coin features the 1932 portrait of George Washington designed by John Flanagan. The obverse inscriptions read “United States of America”, “Liberty”, “In God We Trust”, and “Quarter Dollar”.

The launch ceremony was held at Pack Square Park in Asheville, North Carolina. There were approximately 750 people in attendance, including 150 children. 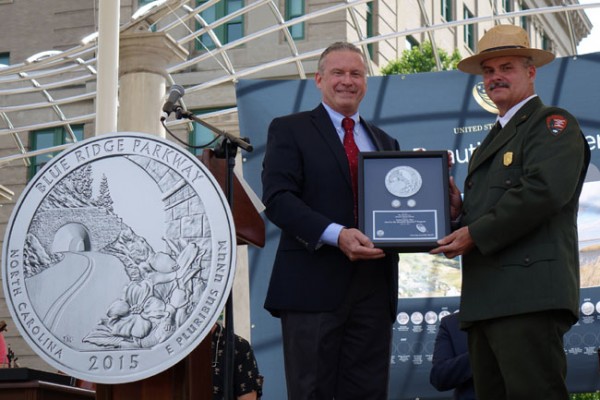 “This new quarter stands now as a tribute to this national scenic byway–a cross section of Appalachian mountain history essential to the story of our nation, tying together diverse landscapes and rich history,” said David Croft, Associate Director of Manufacturing at the Mint. 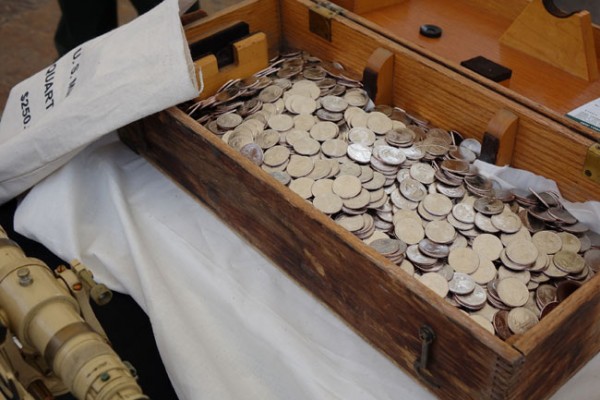 The Blue Ridge Parkway Quarters were officially released into circulation by the Federal Reserve on June 8, 2015. Starting today, June 29, the United States Mint is accepting orders for numismatic bags and rolls containing circulating quality examples of the coins from the Philadelphia, Denver, and San Francisco Mint facilities.