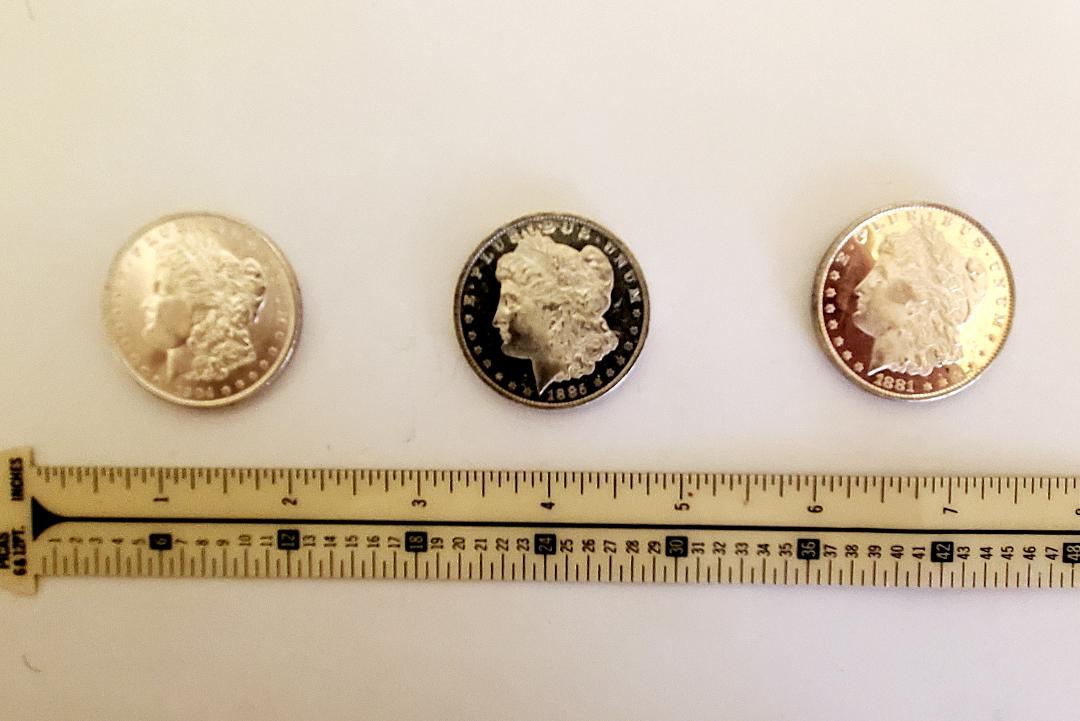 That’s a valuable designation. The major grading services have a reflectivity standard (with some variations) for the deep mirror label. Generally, Prooflike requires a detailed reflection between four-six inches and a DMPL at least six and as many as eight for the designation.

The six-inch standard is tricky. It has been my experience that a six-inch reflection might earn the designation at NGC, but may be designated Prooflike at PCGS. Anything more than six inches meets the deep mirror standard.

Let’s see how this plays out in a short video about those three coins above.

The video shows reflectivity with the 1881-S displaying crisp mirror at eight inches, the 1885-O a toss-up at six inches, and the 1904-O with a mere cartwheel. As the video also notes, don’t believe that the consignor states about a raw coin being deep mirror. You have to know the standard and depend on good photography.

Consider this 1878-S Morgan. The flip and auction description identify it as deep mirror Prooflike. 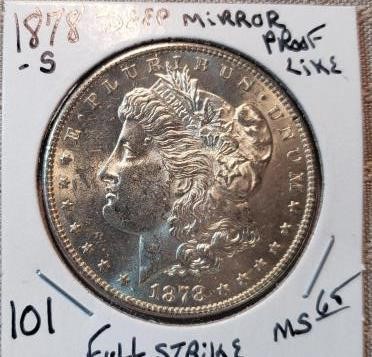 Here is the reverse: 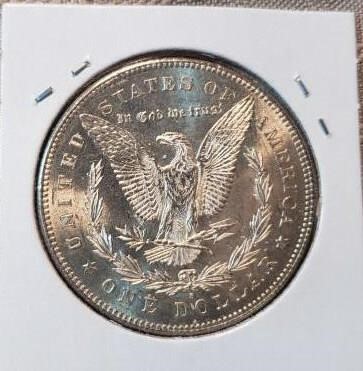 At best the reverse is Prooflike, not deep mirror. The consignor labels this as MS-65 DMPL, which sells retail for $7,250. My grade is MS-62, $80. If I were to bid on this coin, I would do no more than $35 and be content to lose it to another bidder. 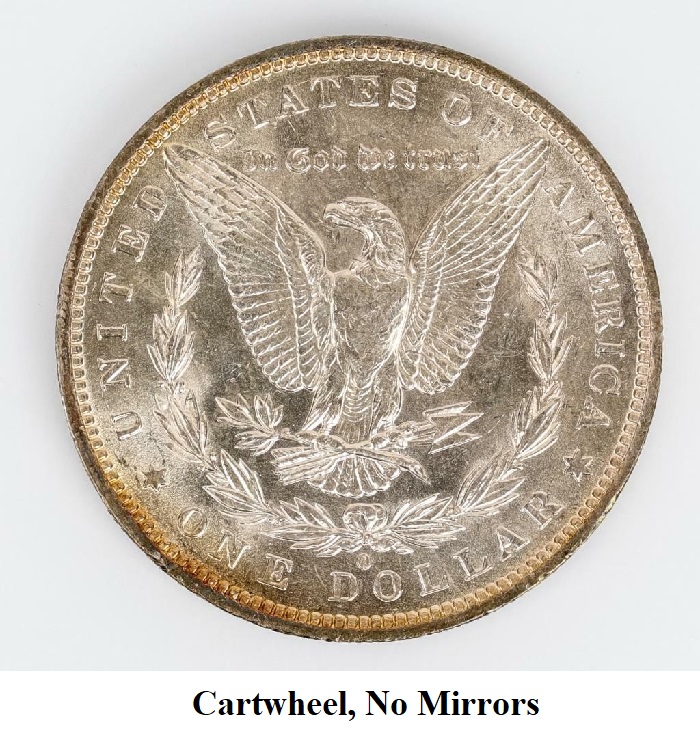 This 1881-S Morgan is, well, just a Morgan, perhaps with a trace of cartwheel. Nevertheless, the auctioneer listed it as deep mirror. 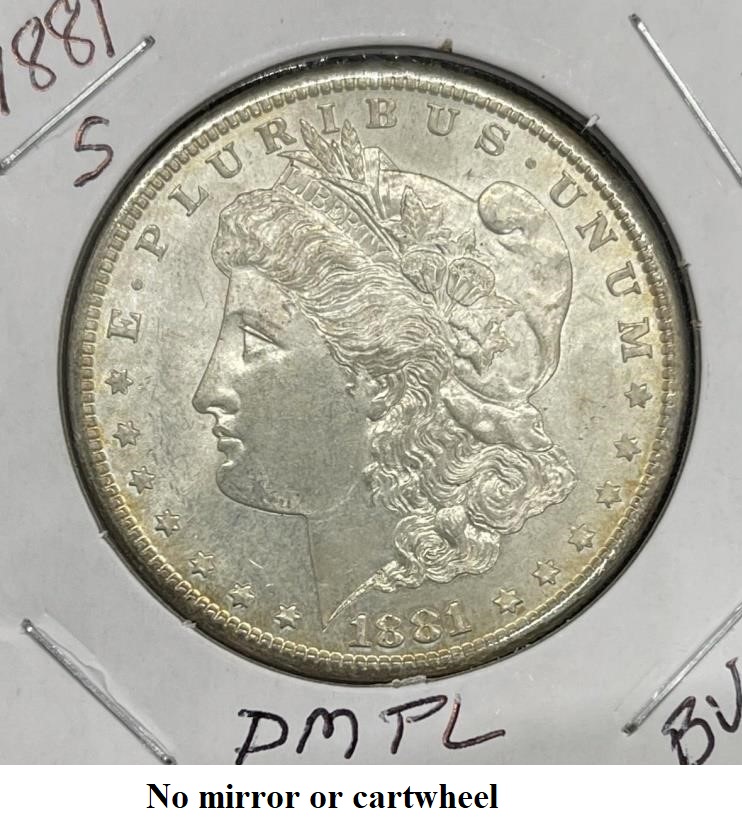 Authentic deep mirror coins also show rim dings and slider marks from albums more than typical raw coins. But even a coin with good reflectivity and hairlines would be holdered as genuine without a grade. Here’s a likely candidate: 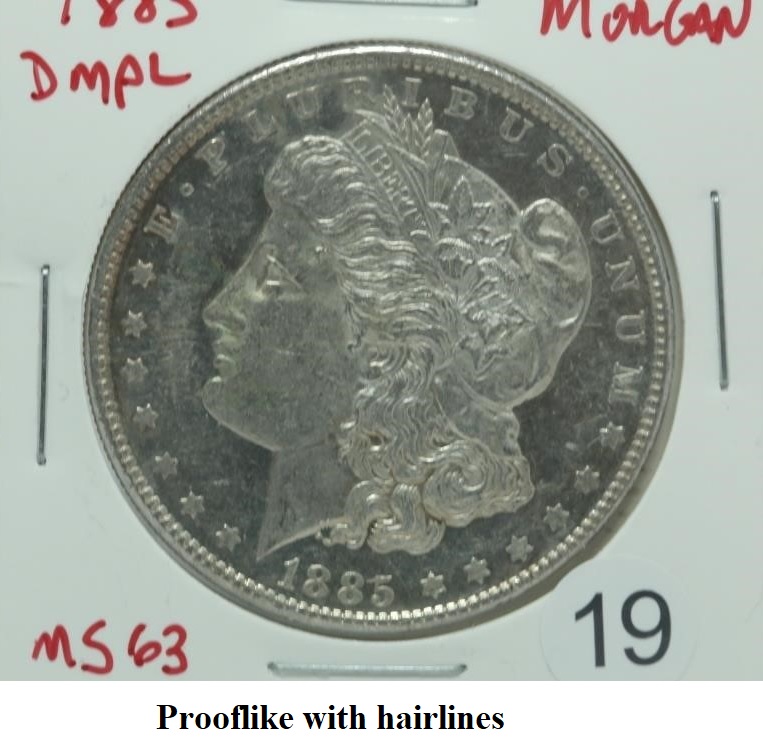 Finally, if you collect PCGS coins, the consensus is that the company has become stricter with its DMPL designation, meaning Morgans in old green holders may not pass the six-eight inch test. Here’s one from my collection that would probably be downgraded to Prooflike. 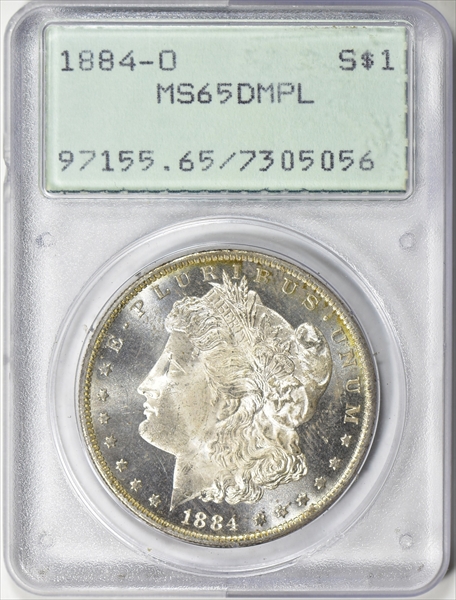 My recommendation is not to bid on deep mirror coins without crisp photography. Don’t believe the seller unless he or she is reputable. Nevertheless, these are among the most attractive collectible coins. Considering that true Proof Morgans are high-dollar coins worth thousands of dollars, an MS-63 or MS-64 DMPL is a good substitute.