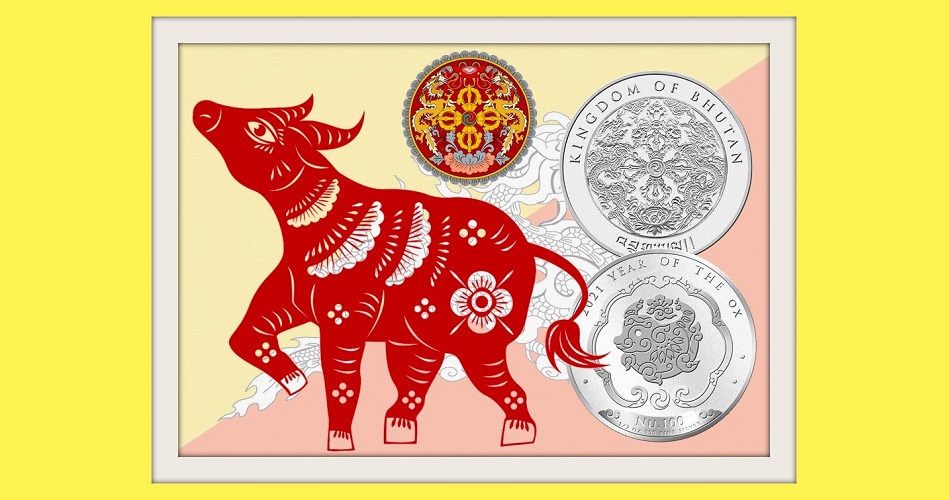 The Royal Monetary Authority of Bhutan has issued new silver bullion coins which include motifs in celebration of the Lunar New Year. The new coins are the 6th issue in the Bhutan “Happiest Lunar and Attraction” Series.

Located in the Eastern Himalayas, the Kingdom of Bhutan is known to many who have undertaken expeditions to climb Mount Everest as one of the primary starting points from where they embark on their adventure, the other country being neighbouring Nepal. The Kingdom of Bhutan has a landscape that ranges from subtropical plains with lush surroundings in the southern reaches to sub-alpine mountain ranges in the Himalayas up north that boast mountain peaks reaching as high as 23,000 feet.

The coins, dated 2021, focus on the upcoming Lunar New Year, which will arrive on the 12th February, and the Zodiac figure which is represented by the Ox. The Zodiac of the Lunar Year is represented by 12 animals, both actual and (in the case of the dragon) mythical, and revolves during a 12-year cycle. 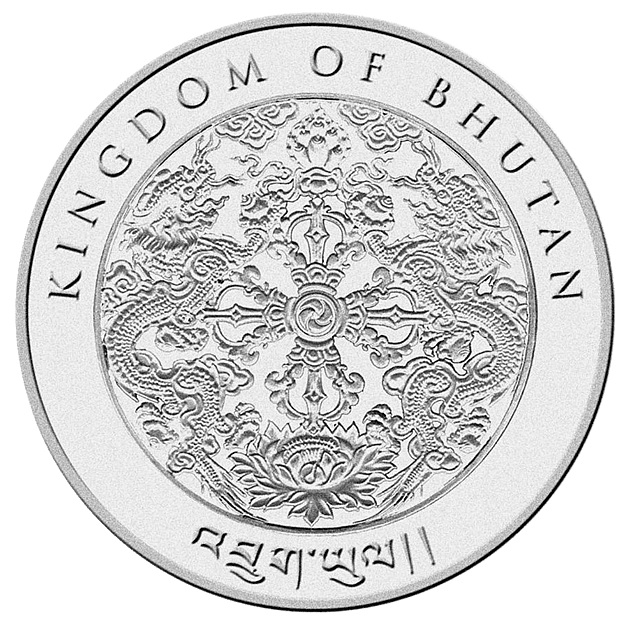 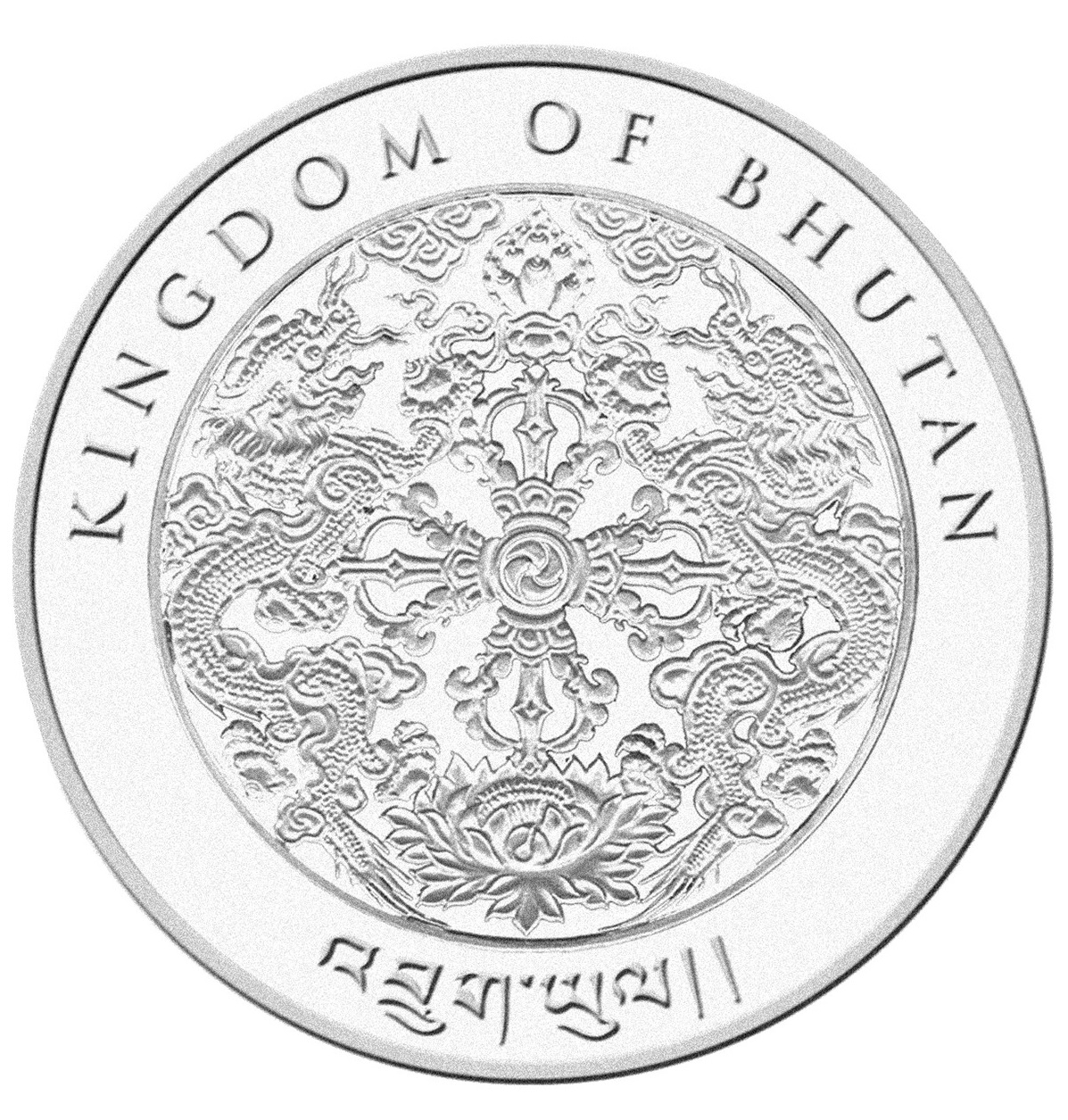 The coins are produced by the Mint of Singapore on behalf of the Royal Monetary Authority of Bhutan. The obverse side includes a stylised ox in a circular design that is centred and framed by a flower bloom symbolising prosperity. The inscription shown above the primary design reads 2021 YEAR OF THE OX, and below is the denomination of NU. 200 (one-ounce) or NU. 100 (1/2-ounce), and below the denomination is the weight and fineness of silver 1 OZ 999 FINE SILVER or ½ OZ FINE SILVER. 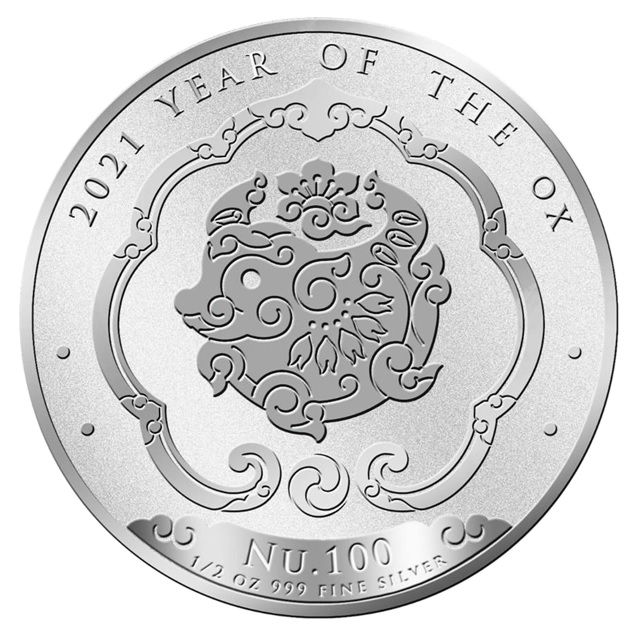 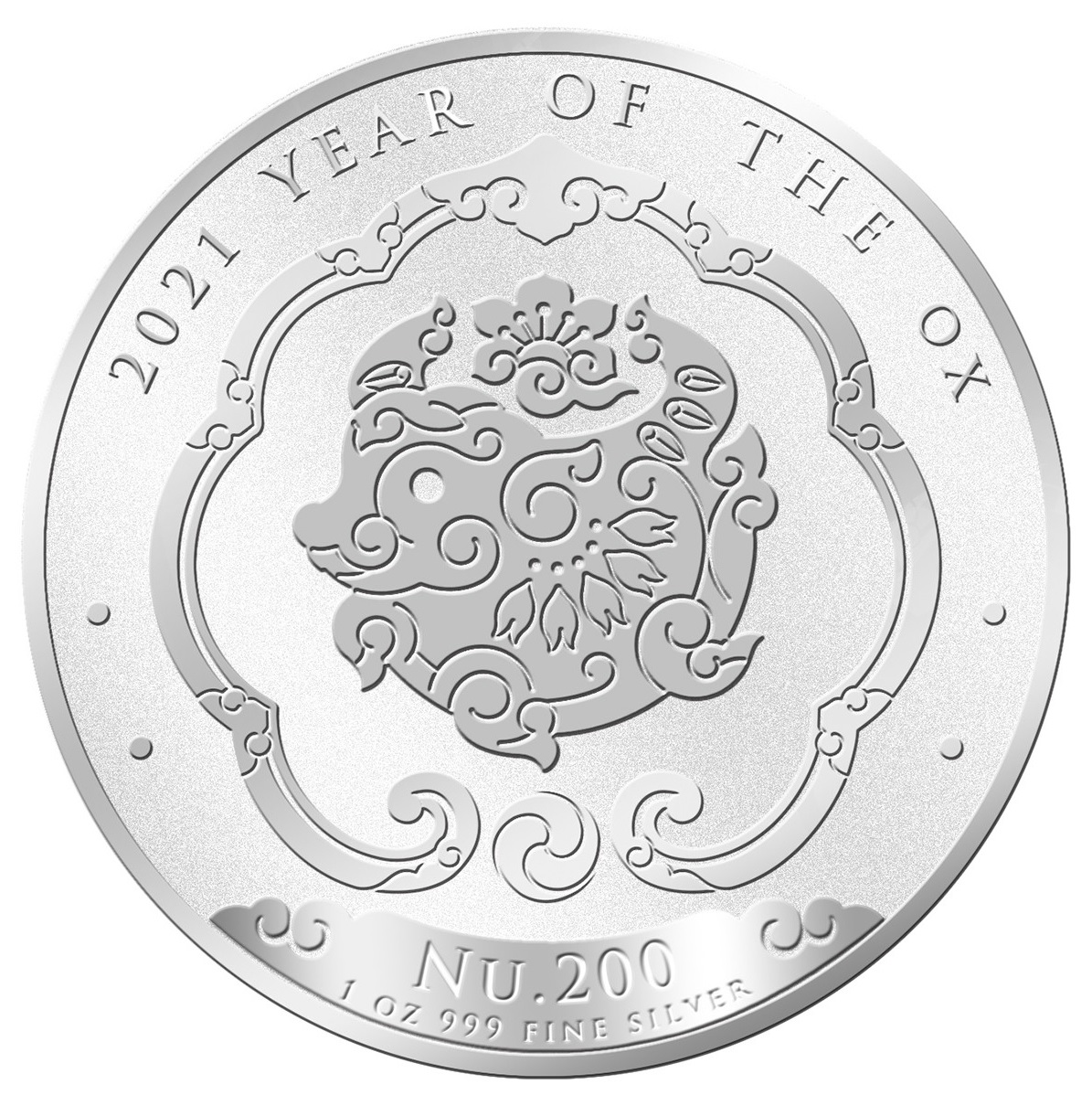 The reverse side includes a very traditional design and intricately detailed version of Bhutan’s national emblem. Contained in a circle, it is composed of a double diamond-thunderbolt (or dorje) which represents the harmony between secular and religious power. The dorje is placed above a lotus blossom symbolising purity and is surmounted by a jewel which expresses sovereign power. The crest is completed by two dragons, male and female, who stand on either side and represent the name of the country in the Bhutanese language meaning “The Land of the Thunder Dragons.” Above the national crest or emblem is the text KINGDOM OF BHUTAN in English and the same text is shown below the crest in the Dzongkha language, spoken in Bhutan.

The one-ounce silver coins are encapsulated and available in quantity from LPM Group Limited, Hong Kong.

The 1/2-ounce Brilliant Uncirculated silver coins are available along with a further selection of collector’s versions in Proof and colour versions in both gold and silver from the Singapore Mint, released with the permission of the Royal Monetary Authority of Bhutan.

For additional information about the coins and banknotes issued from the Royal Monetary Authority of Bhutan, please visit their website.