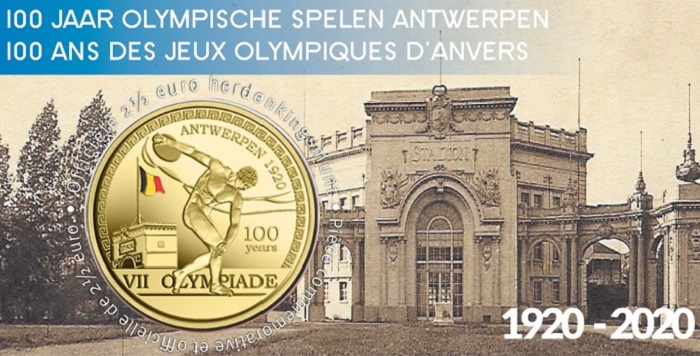 The National Bank of Belgium has issued new collector coins which commemorate the country’s first and only time they hosted the Olympiad. Being the first Olympic Games held since the conclusion of the Great War, the Belgian city of Antwerp was chosen to offer some compensation after the misery the whole of the country had suffered during the especially fierce and deadly battles. On the 20th April 1920, the VII Olympiad opened in a brand new stadium on Antwerp’s Kiel. During the games, a total of 29 countries and 2,626 athletes participated, and competitions were held in 24 disciplines of sport. The VII Olympiad was the scene for providing many firsts. For example, it was the Belgian fencer Victor Boin, who, for the first time, took the Olympic oath to uphold the spirit of the games. Also, it was the first time the now-familiar Olympic flag depicted the five rings, with each one representing the inhabited five continents raised in the Olympic Stadium during the opening ceremony. Furthermore, during the opening ceremony, doves were released for the first time as a symbol of peace. Belgium’s athletes had performed particularly well during these games, taking a total of 36 medals consisting of 14 gold, 11 silver, and 11 bronze medals. 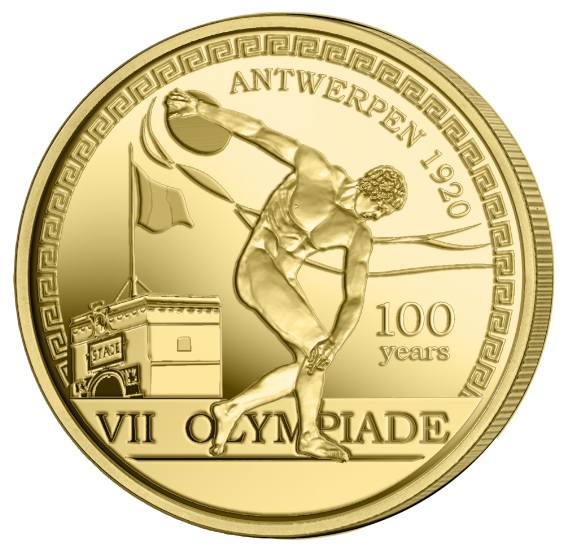 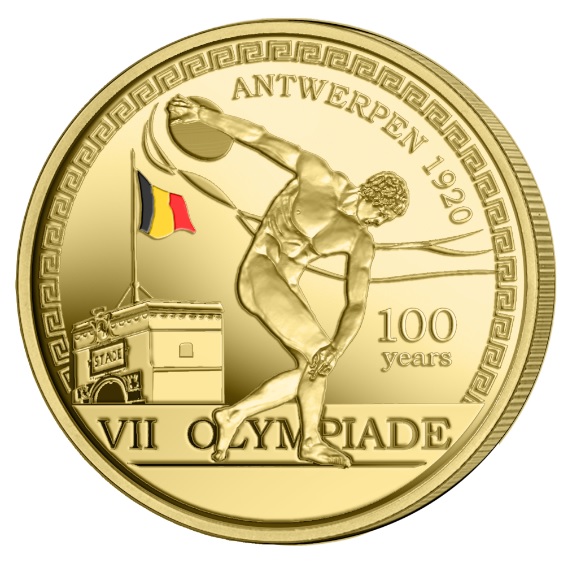 The Royal Dutch Mint produces the golden-colour coins under licensing from the Royal Belgian Mint, and on behalf of the National Bank of Belgium. The obverse side features an athletically fit discus thrower on the front, with the Antwerp stadium shown in the background where the Belgian flag flies atop. 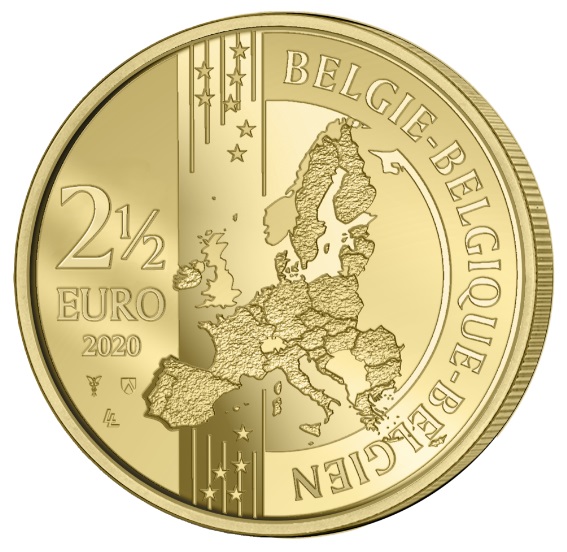 The reverse side, designed by Luc Luycx, includes an EU map partially encircled with the words BELGIE – BELGIQUE – BELGIEN, representing the three official languages of Belgium. The denomination of 2 ½ EURO and the year of issue, 2020, are placed to the right of the map. The coin is produced in two versions, and both are struck in Brilliant Uncirculated quality, but one version includes colour to highlight the Belgian flag comprising red, yellow, and black vertical stripes of three even thirds. 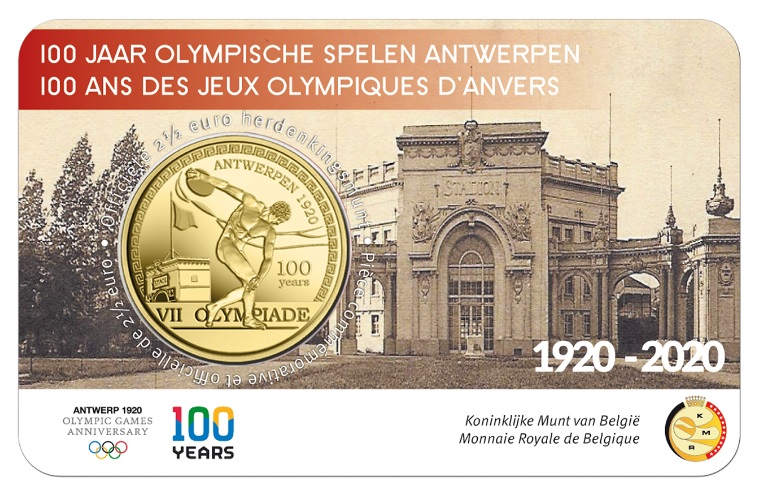 Both coin versions are presented in a coin-card format which includes information in a four-language format. Both versions of this coin will also be included in this year’s FDC coin set scheduled for release later in 2020. 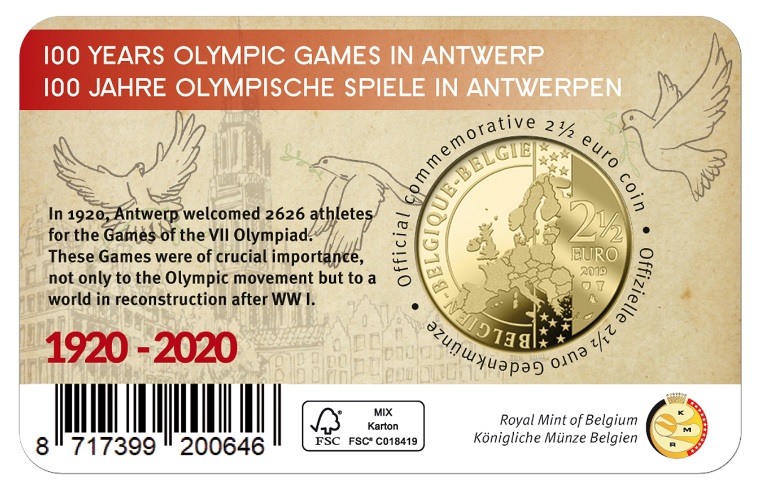 For additional information about this coin and others available from the Royal Belgian Mint, please visit their website.