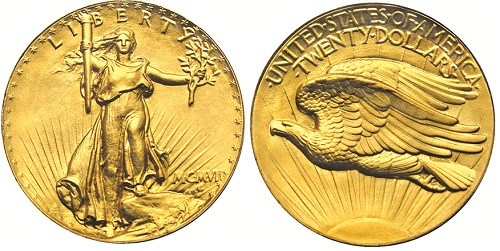 A 1907 Ultra High Relief  double eagle—with the diameter of a $10 gold piece? The only two surviving examples of this incredible issue are housed in the Smithsonian Institution and are seldom displayed. One of the first times it became known was after the publication of the wonderful book about gold patterns that was written by David Akers in the late 1970s. It is hard to appreciate this enigmatic rarity without seeing it in person. The size and scale of the design are completely mesmerizing. Of all the coins in the collection of the Smithsonian Institution, this is my personal favorite. 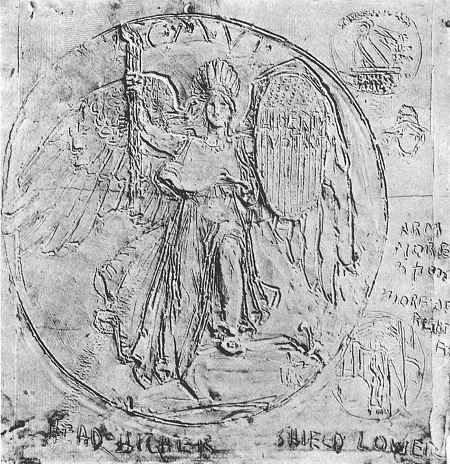 An early model by Saint-Gaudens for the double eagle obverse. Unlike in the finished coin, Liberty carries a shield.

The year 1907 saw a great deal of experimentation at the U.S. Mint. President Theodore Roosevelt was insistent that sculptor Augustus Saint-Gaudens redesign the U.S. coinage. One of the experimental issues produced was a double eagle of the MCMVII (1907) design struck on a normal-weight planchet, but with the diameter of a $10 coin. The resulting coin was much thicker than normal. The Ultra High Relief double eagle was almost double the thickness of a standard double eagle (note the picture of the obverses here). Moreover, each coin required nine strikings from a 172-ton hydraulic press. 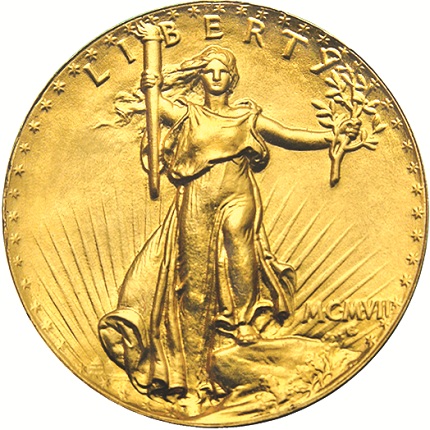 In addition to the excessive strikings, there was also a legal issue. It was and is illegal to mint coins of two denominations using same-diameter planchets. Mint authorities were well aware of this problem. The coin may have been made purely as a novelty. In a letter to Mint director Frank A. Leach dated January 8, 1908, the Mint Collection curator, T.L. Comparette, stated that “It is an entirely illegal ‘coin’ and for that reason should not I believe be put into a collection of historical coins, yet it was produced by the government and for that reason the few specimens will in years after command enormous prices, easily $3,000 each. Dealers are now offering large prices for them.” 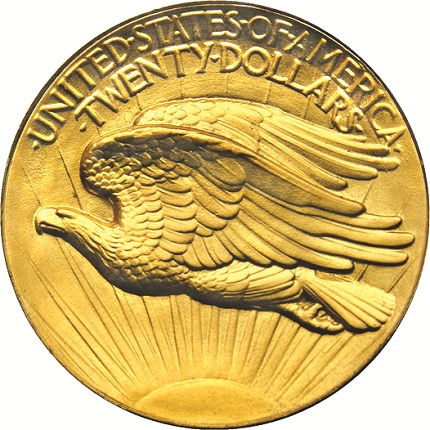 Whatever the motive for the production, the 1907 Ultra High Relief double eagle struck on a $10-diameter planchet is a captivating piece of minting history and one of America’s most alluring coins.

In 2009 the U.S. Mint recreated this amazing issue as part of its plan to display the art of numismatics in modern coinage. Modern minting technology seems to have overcome the difficulties in producing these extremely high-relief issues: the new coins required only one blow from the presses. The final product is stunning, and amazingly close in appearance to the 1907 originals.