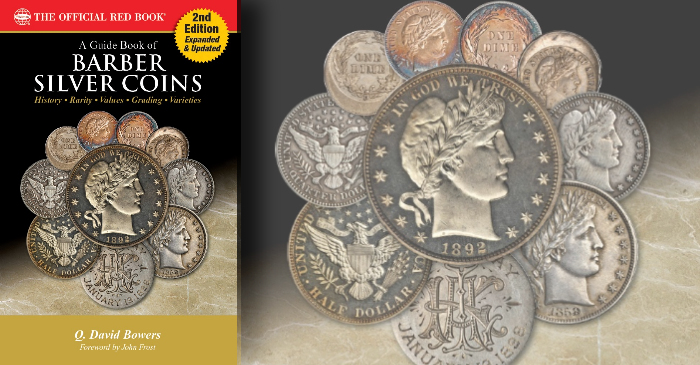 By John Frost, president and journal editor of The Barber Coin Collectors’ Society

When I began collecting coins in fourth grade, I really got the bug, and soon took this new hobby of mine seriously. Like several of my friends, I started with Lincoln cents, and I assembled most of the collection by sixth grade. Then a major event in my young numismatic life occurred when I visited my grandparents in Arkansas during a summer vacation. My grandfather gave me an old coin for my collection. It was a 1911-S Barber dime. It was only a Good+ coin, but it still retained enough meat on it to be interesting, and it was a coin that my grandfather had culled from circulation not too long before I was born. A second dime, a 1904-P given soon thereafter, was the clincher. 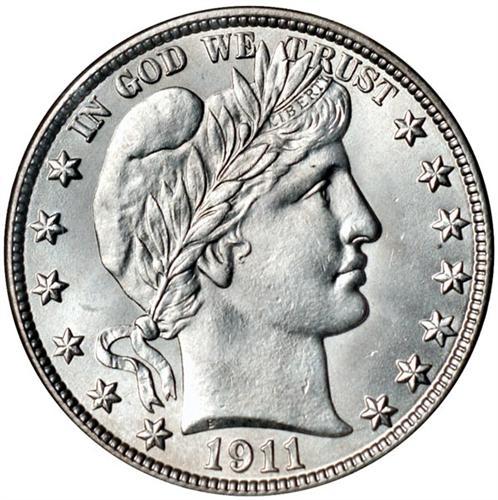 Uncirculated grades are definitely in the minority for Barber silver coins. This 1911-S half dollar was owned by super-collector Louis Eliasberg. (Photos courtesy of Stack’s Bowers Galleries). Hover to zoom.

Those two coins got me started in Barbers, and I haven’t looked back since. By the time I began high school I had a complete year set of Barber dimes, along with most of the later mintmarked coins. Putting this set together took time and some real work, and it was a project I enjoyed. In those days only one or two dealers advertising in publications mentioned Barbers, and the coins didn’t show up at my local shop very often either. As my album filled up, I loved showing this set to other friends who collected coins. It was something different than everyone else’s collection! 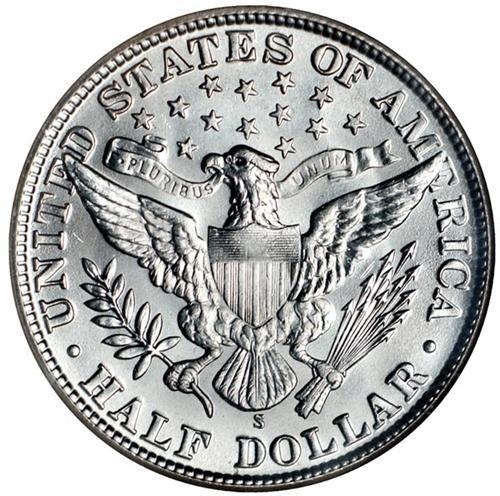 Barber coins were real workhorses in their time. Dimes, quarters, and half dollars were all used heavily in commerce, perhaps more so than any other coins that came before them. They had another big attraction for me: They hold up well to wear and look quite decent even down to a grade of Very Good. This is great for Barber collectors. Many other coin designs don’t keep their attractiveness nearly as long. This means a collector with a limited budget can build a collection of lower-grade Barbers and still have an attractive set to appreciate. My dimes were a typical example of that.

As I grew older, I bought a bag of 90 percent silver coins that consisted of mostly worn-out Barber quarters, but included numerous VG coins, with even a couple of Fine and Very Fine coins mixed in. At the time there were no good comprehensive references on Barbers of any denomination. I relied solely on my Red Book, as a general guide. The more I examined my quarters, the more I got hooked on them. I began building a new collection! This presented a greater challenge than the dimes, as the Red Book clearly showed the quarter series has three clear key dates: The 1896-S, the 1913-S, and the king, 1901-S. Even outside the three key dates, there would be some tough coins, as well as rewards for a diligent collector. The 1914-S quarter, not even one of the keys, has the same low mintage as the famous 1916-D Mercury dime. However, it can be bought at a small fraction of the Mercury dime’s cost. What a bargain! 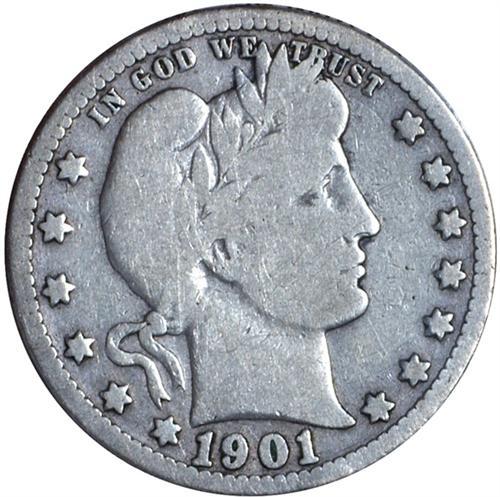 A huge day for me was when I acquired a 1901-S in VG. It was my first four-figure coin, and at $1,650, seemed like a good buy. That would turn out to be an understatement (today it’s closer to being a $10,000 coin). Over the years I upgraded each piece (sometimes more than once), and now my Extremely Fine to Mint State quarter set is a highlight in my collection. 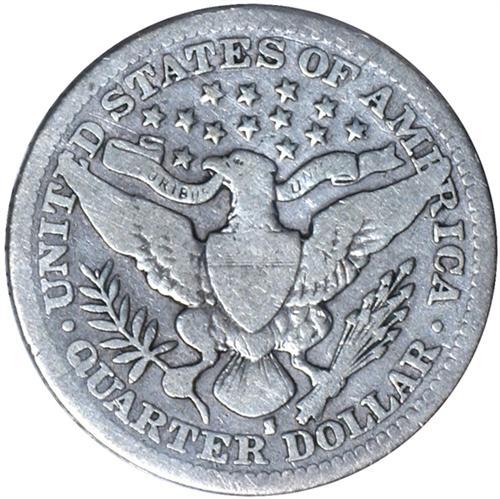 The magic of the silver Barbers is that each of the three series has its own special and unique characteristics that make it great and also make it different from the other two. 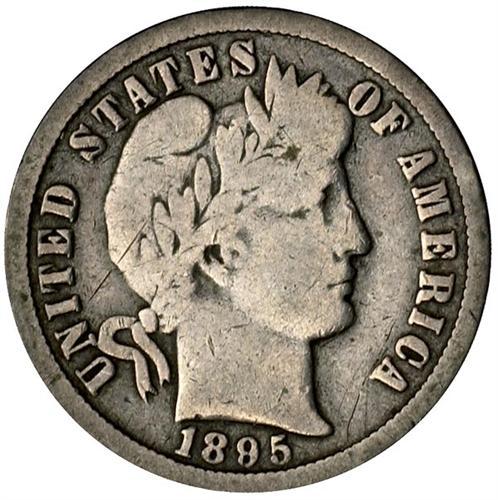 Building a set of dimes is a goal that is eminently attainable, with the key date 1895-O and numerous semi-keys providing a real challenge, regardless of the grade range you’re collecting. And of course, the dime series boasts one of the legendary rarities in U.S. numismatics—the 1894-S dime, a coin that even the sixth-grade version of me was aware of. Even though it wasn’t a regular issue, and is not needed for the “complete set,” its presence in the series adds to the fun of collecting. 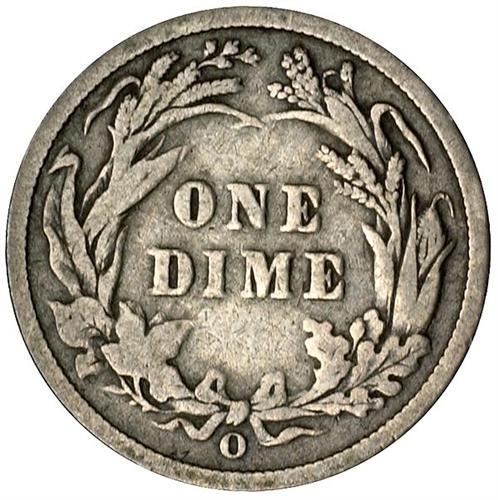 The quarters have the “Big Three” issues which are very scarce, even in low grades, and provide a daunting challenge in any grade above Very Good. To me, however, the beauty of the quarter series is the huge challenge faced by anyone building a set in higher circulated grades, where many semi-keys, not just the three keys, are very difficult to obtain.

The halves are larger pieces of silver, and, while posing a higher cost of entry than the other two series, are quite possibly the easiest Barber set to complete in lower grades. Although the halves do not have rare dates of the magnitude of the Big Three quarters, the series is loaded with semi-key issues that require time and dedication to acquire, especially in higher grades. 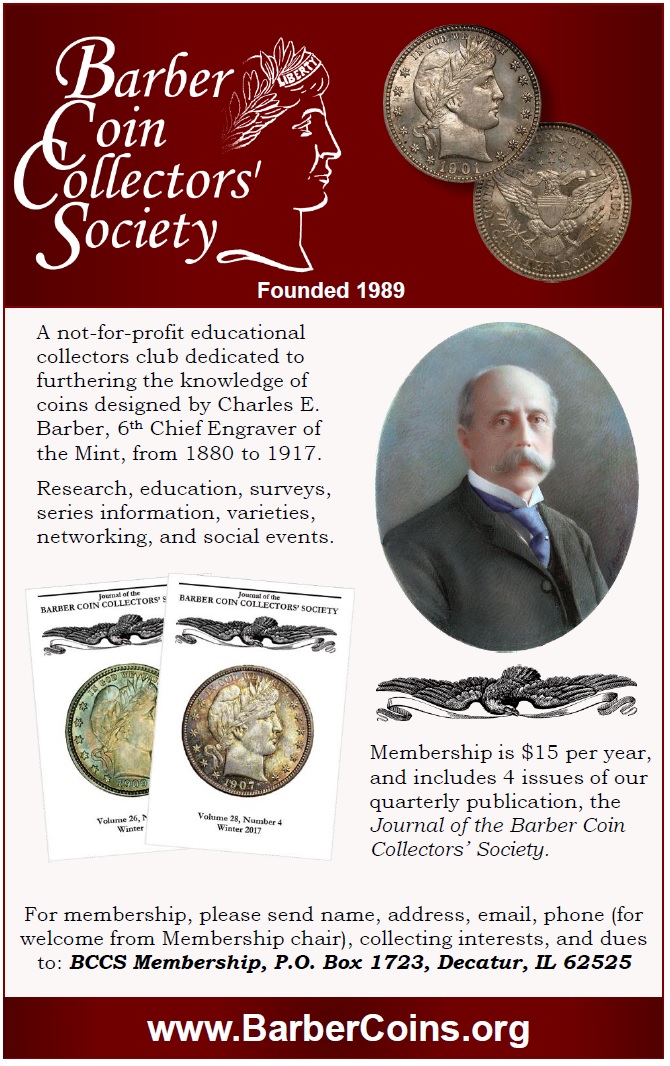 WELCOMING A NEW GENERATION OF COLLECTORS

In the early 1990s, I discovered the David Lawrence Complete Guide books on the Barbers. When I met Dave in person, he introduced me to the Barber Coin Collectors’ Society (BCCS). My passion for Barber coins only increased, and I gained more knowledge about the three series than I ever could have imagined.

Nearly 25 years later, no new comprehensive references on Barbers were on the shelves, other than a few books focused solely on varieties. Then Dave Bowers began a new book, A Guide Book of Barber Silver Coins.

This brought together the latest information on these great coins and made it available to a wide group of new collectors. It provided these collectors with a comprehensive reference on all three series, all in one place. Another enjoyable facet of the Guide Book of Barber Silver Coins is that it puts these important coins in historical context, with anecdotes from the era in which they were made, and the many decades thereafter that they were used in day-to-day commerce.

When Dave Bowers solicited my assistance and that of the BCCS for our thoughts on the date-by-date coin analysis, we were honored and thrilled to help. His goals are consistent with the mission of the Barber Coin Collectors’ Society: To introduce a new generation of collectors to Barbers, and to provide the needed information to fuel their passion for these important and wonderful coins.

I hope you enjoy these impressive coins, understand their historical significance, and appreciate the numismatic challenge as much as I have. Happy collecting!

A long-time numismatist, John Frost is the president and journal editor of the Barber Coin Collectors’ Society, the director of education for the Liberty Seated Collectors Club, and co-author of the reference book Double Dimes—The United States Twenty-Cent Piece. He is also an instructor at the American Numismatic Association’s Summer Seminar, an award-winning exhibitor, and co-president of his local coin club in Massachusetts. 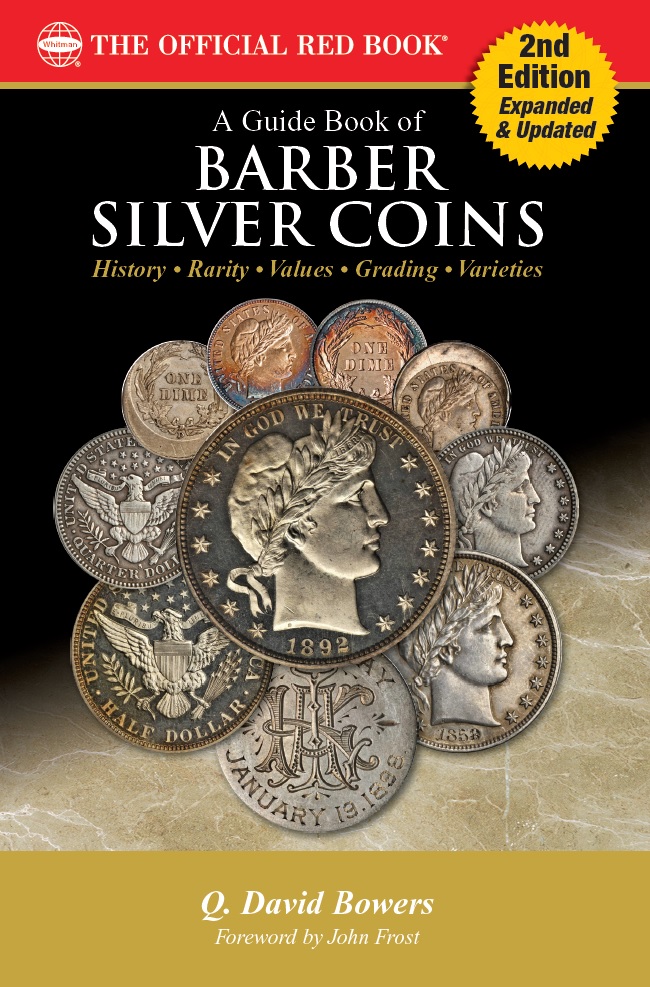