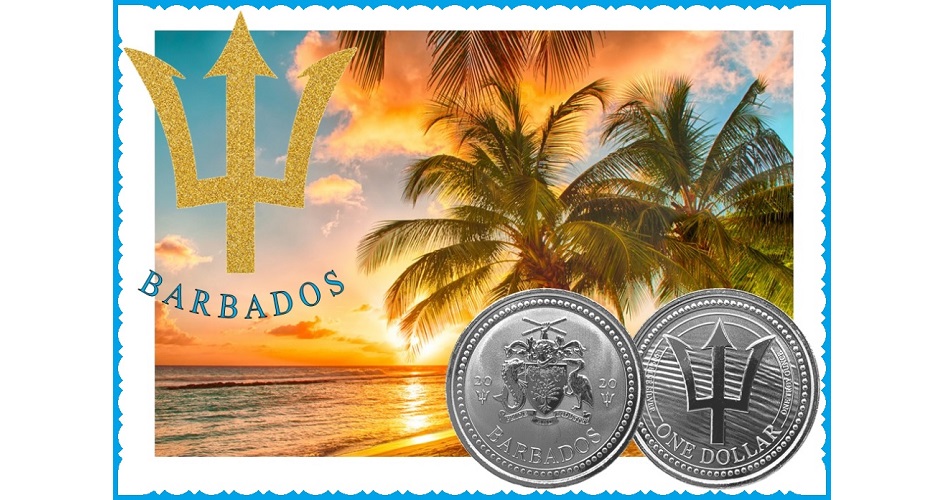 The Central Bank of Barbados has issued their latest silver bullion-related crown coins which are known as “The Trident,” due to the Caribbean country’s national insignia, and it is the featured motif. Initially issued in 2017, the Trident’s fourth year in production, a refined design has been introduced for the 2020-dated coins, a change of a background field seen on the reverse and shown behind the Trident has been an added variation with each year’s release. The debut issue in 2017 depicted tight, wavy water lines behind the trident motif, and the 2018 issue refined the water waves with a more rippled water effect in the background field. Last year’s coin in 2019 featured the tight, wavy water lines in a modified direction and 2020-dated Tridents show the water lines arranged in a swirling pattern. 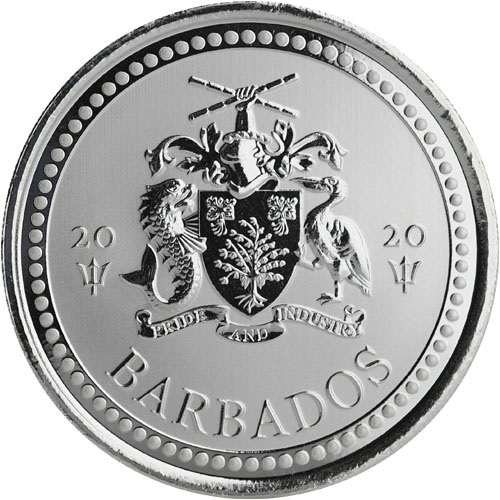 Produced by the privately-owned Scottsdale Mint at their facilities, in the city of the same name in Arizona, on behalf of the Central Bank of Barbados, the obverse side depicts the national coat of arms for Barbados. The intricate coat of arms for Barbados features the fig tree at the centre with the Pride of Barbados flowers in the upper corners. A helmet above has a hand grasping two sugar canes at the top of the seal. The coat of arms is supported by a heraldic-style dolphin to the left and a pelican to the right. 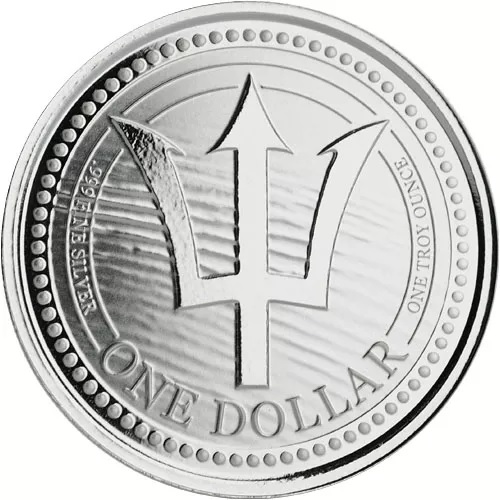 The reverse side includes a depiction of a trident head. It was also the main motif on the one-cent copper coloured coin from its initial issue in 1973 until 2014 when the coin was discontinued. There is a beaded design border surrounding the design on the reverse side of the coins.

Each coin is encapsulated and available either as a single purchase or in bulk of 100 pieces or above. For additional information, please refer to a leading bullion dealer in your region, for collectors and investors in the U.S., please visit JM Bullion, Dallas, Texas.