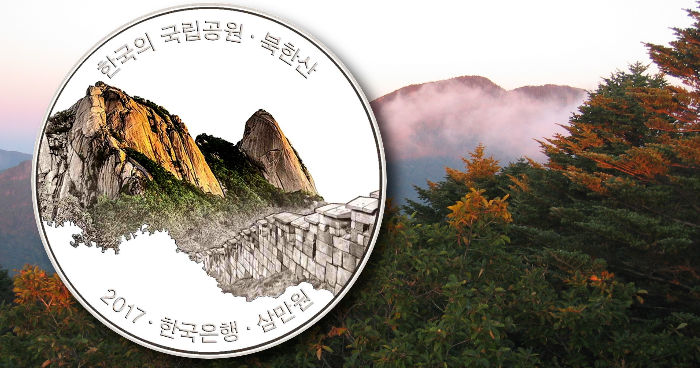 The Bank of Korea has issued two new Proof-quality silver coins which are dedicated to Korean national parks in an effort to make the beauty of Korea’s natural environment and the future value of ecological preservation more widely known. This year’s coins, the first in a new multi-year series, features the national parks of Jirisan and Bukhansan. This year, in particular, marks the 50th anniversary of the designation of Jirisan as the first-ever national park in Korea in 1967. Bukhansan was chosen as one of the first national parks to be honoured, as it is the only national park in the Seoul metropolitan area and also has the greatest number of visitors among all mountainous national parks.

Each year, the Bank of Korea will issue two to four types of commemorative coins, including one depicting a national park located in the Baekdudaegan Mountains — the mountain range known as the backbone of Korea — and one to three more coins selected in consideration for the characteristics of each national park, the number of visitors, and regional distribution. A total of eight mountains are designated as Baekdudaegan Mountains. They include Jirisan, Deogyusan, Songnisan, Woraksan, Sobaeksan, Taebaeksan, Odaesan, and Seoraksan (in order from south to north). Republic of Korea National Parks Commemorative Coins will commence with the first coin honouring Jirisan this year. 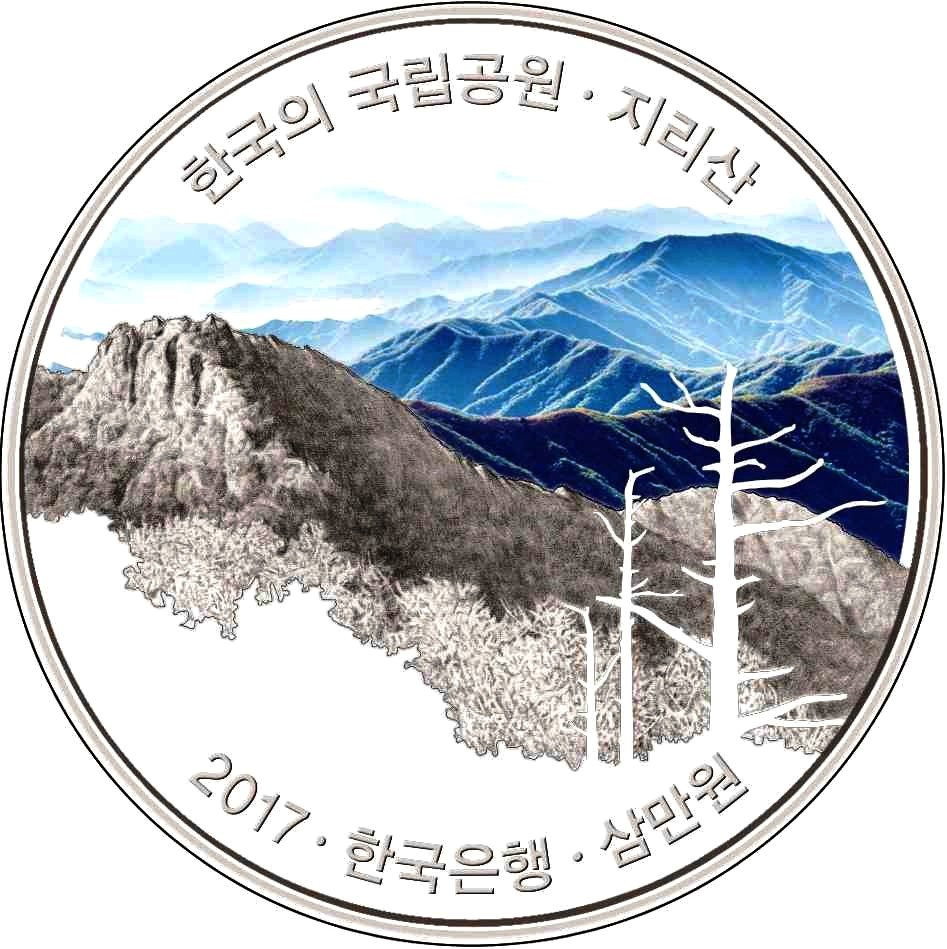 Coin 1: The obverse depicts a colour application of Cheonwangbong and the peaks of Jirisan. Cheonwangbong is the highest peak of Jirisan, reaching a height of 1,915 metres (6,280 feet). 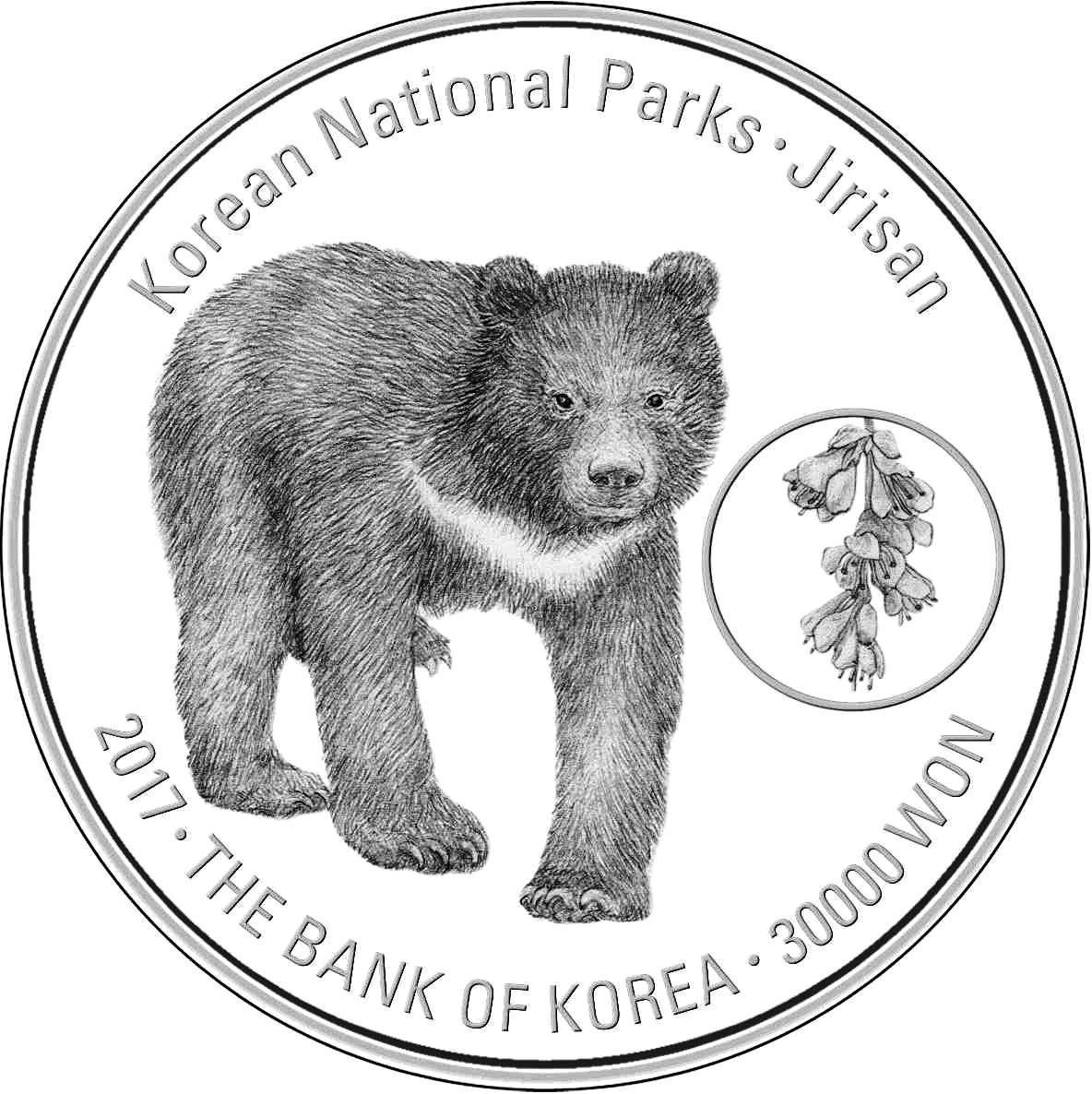 The reverse shows the Asiatic black bear and Korean winter hazel — two flagship and thriving species of Jirisan. The Asiatic black bear is designated as a first-class endangered species, and a restoration program is currently being carried out in Jirisan. The bear is very distinctive as its chest has a half-moon shape of white fur. The Korean winter hazel is a Korean indigenous plant. This tree, together with the ginger plant, gives the region the first sign that spring has arrived. Its flowers are noted for their drooping appearance, similar to ears of rice. 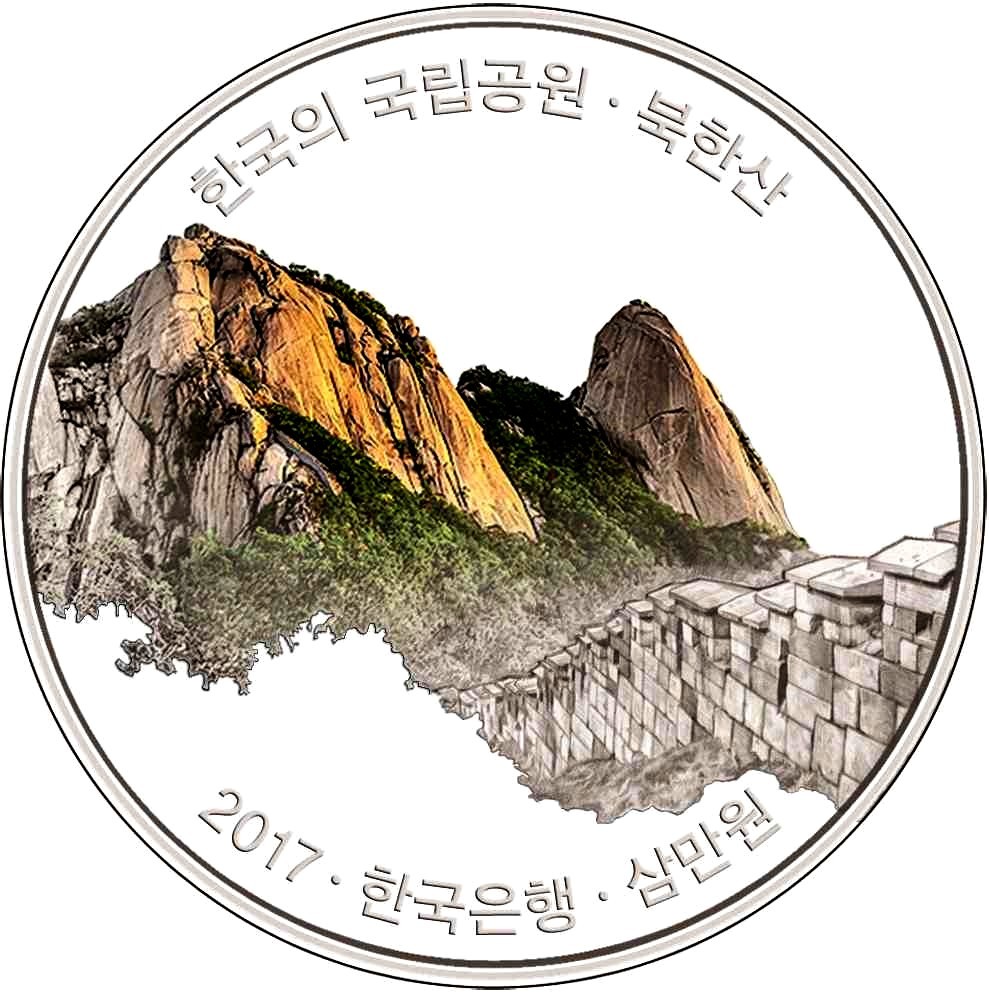 Coin 2: The obverse depicts a colour application of Baegundae, Insubong, and the Bukhansanseong Fortress. Baegundae is the highest peak (reaching a height of 836 metres or 2,740 feet) of Bukhansan and features a large rock area at its top. Insubong is a major peak (with a height of 810 metres or 2,755 feet) of Bukhansan, along with Baegundae and Mangyeongdae. It is the largest granite area in East Asia and is the most famous rock-climbing site in Korea. Bukhansanseong is a mountain fortress built in 1711, which was the 37th year of King Sukjong’s reign protecting Hanyang during the Joseon Dynasty. For further details, Korean buyers are advised to visit the websites of KOMSCO, Woori Bank, and NH Bank. For international buyers, the Bank of Korea will release the coins to KOMSCO and authorize the sale of the coins through their distribution and sales outlets.