The relay team, consisting of Chris Brown, Michael Mathieu, Ramon Miller, and Demetrius Pinder, triumphed and took the gold medal for this event. This was especially significant for the small Caribbean country as the Bahamas Olympic Association sent a total of 24 athletes to these games — 14 men and 10 women — who were representing athletics and swimming. Chris Brown became the nation’s first male flag bearer at the opening ceremony since 1996. 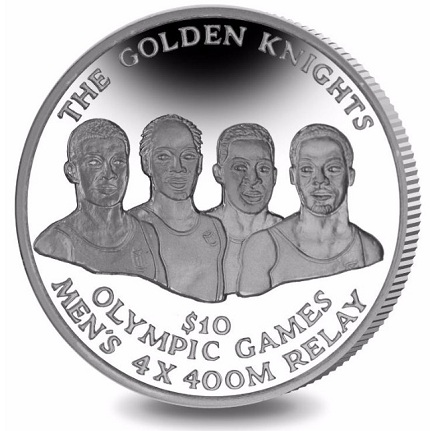 The coin is struck at the Pobjoy Mint, UK, on behalf of the Central Bank and depicts the four Olympians wearing their uniforms in superb detail. The wording above the portraits reads THE GOLDEN KNIGHTS, with the event they won included below. 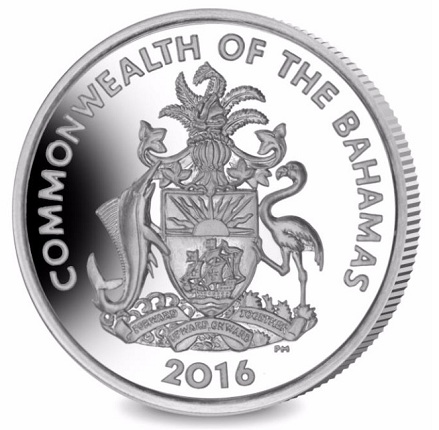 The obverse side carries The Bahamian Coat of Arms and the year of issue.

The coin is struck in two qualities and metals. The cupro-nickel coin (BU) is packaged in a unique Pobjoy Mint blue presentation pouch. The silver version (Proof) is encapsulated in an acrylic capsule for protection and housed in a red box that is accompanied by a certificate of authenticity.

For more information on this and other coins issued by the Central Bank of the Bahamas, please visit the Web site of the Pobjoy Mint. International orders will be dispatched where applicable.